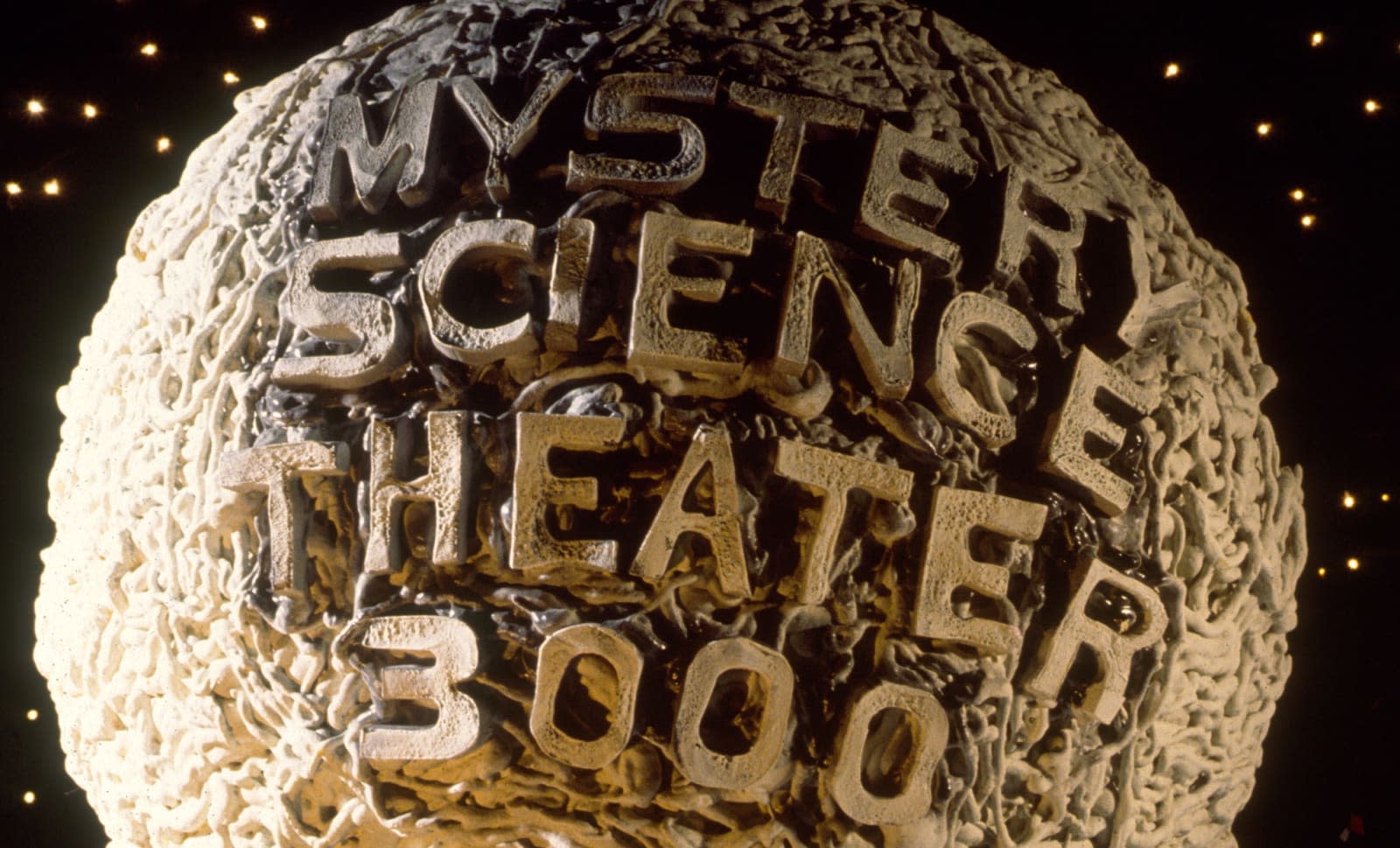 The comic sci-fi show, which emerged as a cult favorite despite two network cancellations, follows hapless host Joel Robinson as he's trapped by mad scientists in space and forced to watch some of the worst B-movies ever produced. Viewers are not only treated (subjected?) to the appalling films in their entireties, but also to the running commentary of our sorry protagonist and the two robot sidekicks he's built to keep him sane (which, in the face of absolute fiascos such as Manos: The Hands of Fate, is no mean feat).

Starring Joel Hodgson, Michael J. Nelson, Trace Beaulieu, Kevin Murphy and Bill Corbett, among others, the show's popularity has grown thanks to fanfare from hardcore MSTies, which saw a new, crowdfunded season hit screens in April.

Netflix dropped 20 classic episodes earlier this year as a teaser for the new season, but Twitch is a particularly apt platform for the show, allowing the audience to access both live and on-demand content accompanied by real-time chat from other viewers. So if you're about watching someone watch a movie and sharing your thoughts about their thoughts with others watching the same thing -- a kind of TV-ception, if you will -- then this is for you.

In this article: av, CrowdFunding, entertainment, marathon, MST3K, mystery science theater 3000, Netflix, scifi, Social TV, TV, Twitch
All products recommended by Engadget are selected by our editorial team, independent of our parent company. Some of our stories include affiliate links. If you buy something through one of these links, we may earn an affiliate commission.