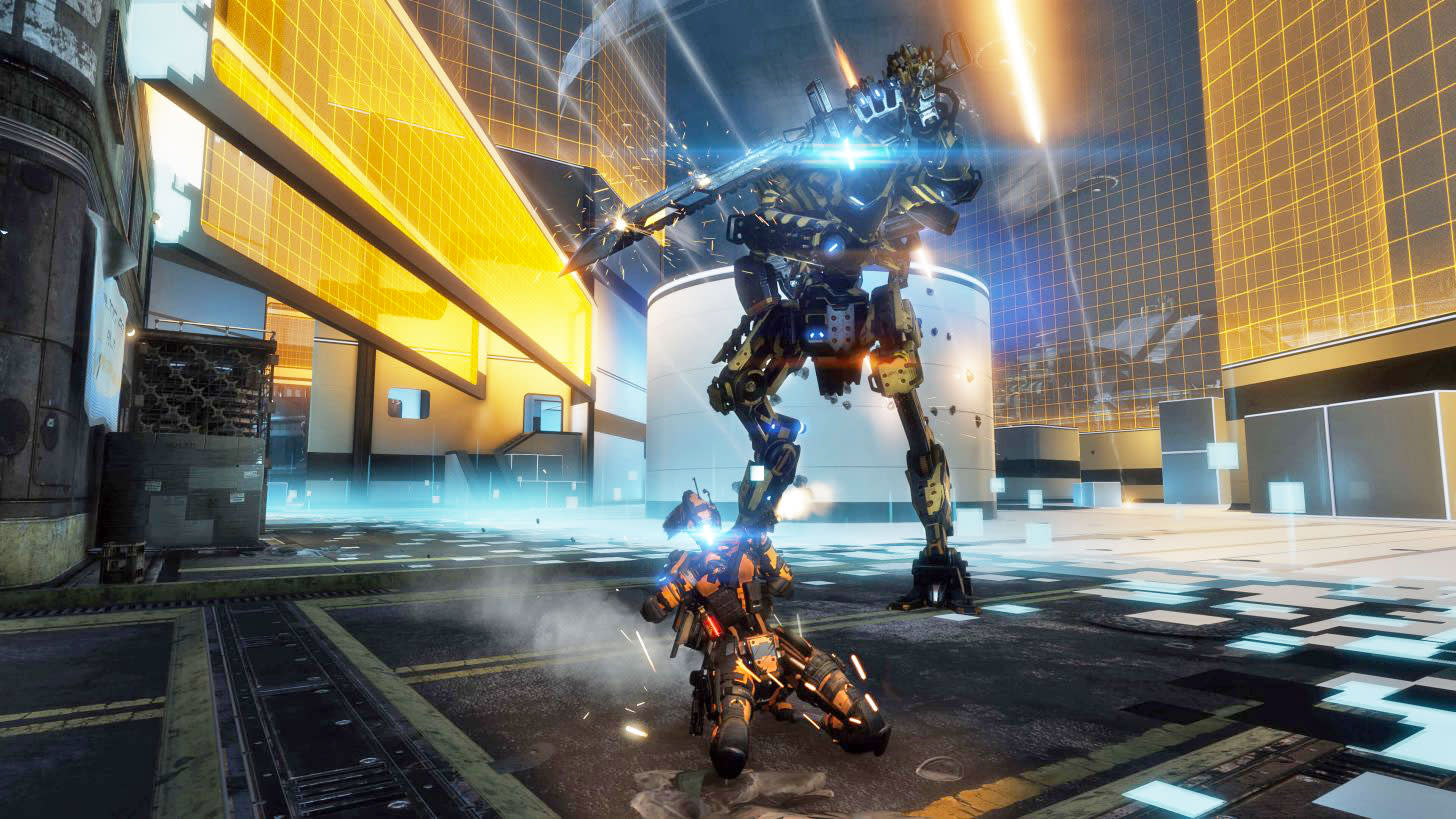 It might be hard to top Titanfall 2's last DLC release that dropped the first new playable titan since the game launched. But the mech-filled multiplayer shooter's next free content block will add something back that fans have been wanting for months: Another weapon slot allowing players to carry both anti-titan weaponry and a sidearm in addition to their main gun.

Fans of the original game will smugly note that studio Respawn is returning to the three-slot setup from the first Titanfall, which they reduced to two in the transition to the sequel. But the War Games DLC has another throwback: The titular map returns from the original game, a TRON-esque simulated battlezone with plenty of elevated panels and surfaces to wallrun around. There's also the new map Traffic for the intense small-area pilots-only Life Fire mode, a new pilot execution and an undefined new mode, Free Agent. (The only hint for the latter comes from Redditor Varixai, who plucked out this description from the game's code: "You're running solo. Kill enemies and collect 3 batteries for a Titanfall.")

War Games is available to download on June 27th, and the other five DLC packs Respawn has released for the game, is completely free.

In this article: applenews, av, dlc, entertainment, FirstPersonShooter, RespawnEntertainment, Titanfall, titanfall2
All products recommended by Engadget are selected by our editorial team, independent of our parent company. Some of our stories include affiliate links. If you buy something through one of these links, we may earn an affiliate commission.