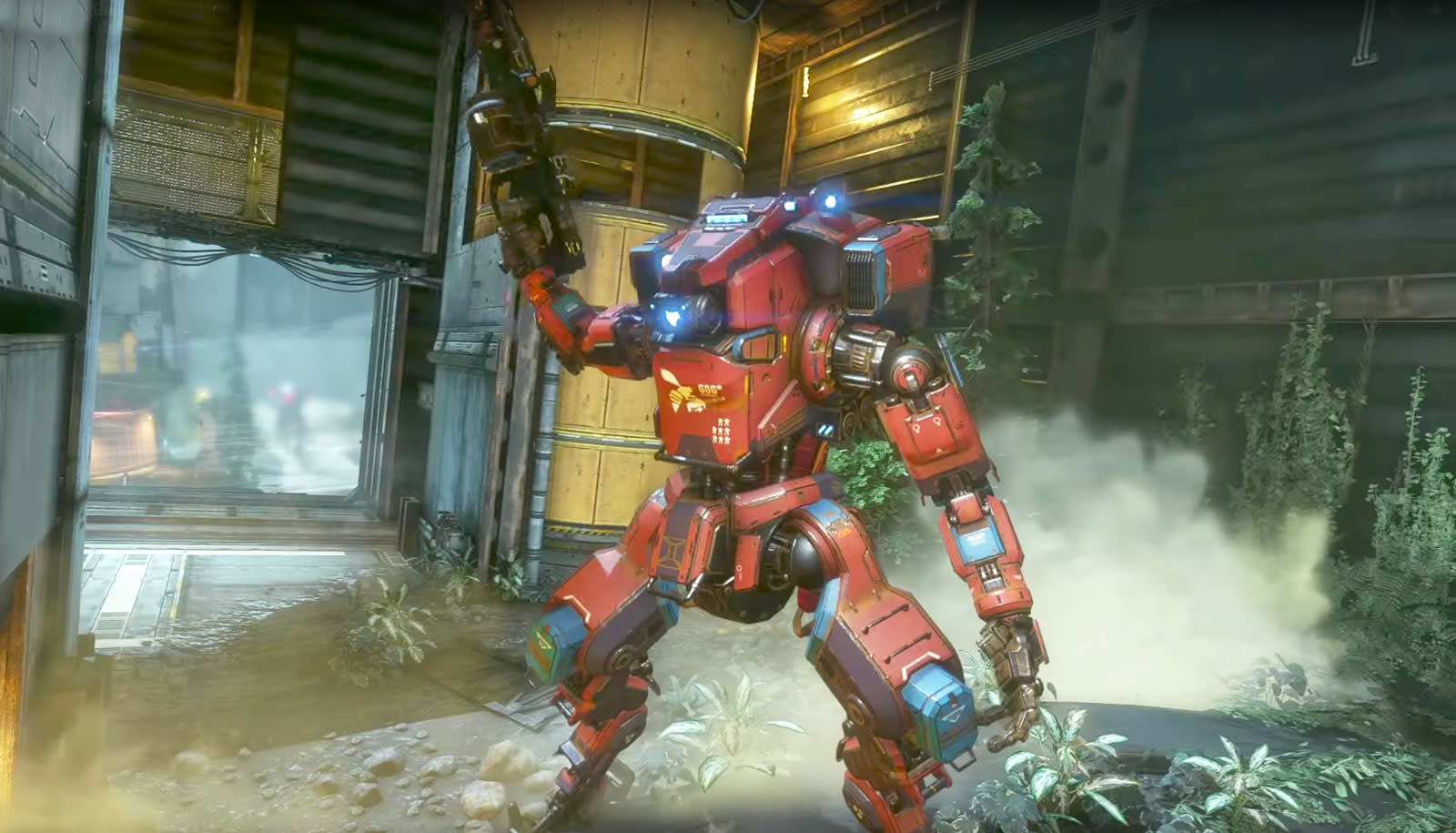 Titanfall 2 was one of last year's most hotly-anticipated --and well-received -- titles and the team behind it has kept its multiplayer scene alive with several free DLC releases. While the playerbase has dwindled, the next gratis content addition, Monarch Reigns, might lure enough back to revive the game when it drops on May 30th. At long last players will get a seventh titan, the first new battle mech added to the game since its launch.

The Monarch is a rework of the Vanguard titan -- aka, the original model that housed your robot bestie from the campaign mode, BT -- but tweaked for PVP. As the video's description states, the new robosuit "features a unique Upgrade Core, which allows her to improve her combat abilities during a battle based on options set by her Pilot. Monarch also has an impressive ability to draw power from enemy Titans to recharge her own shields, or the shields of her friendly Titans."

The Monarch Reigns DLC will also add a new map, Relic, which returns from the first Titanfall. Expect many vertical faces to wallrun and big open space to snipe. Players can also buy a pair of prime skins for the Tone and Ronin titans, plus other in-game items, to support the team. Y'know, since they keep giving content away for free.

In this article: applenews, av, dlc, ea, gaming, Titanfall, titanfall2
All products recommended by Engadget are selected by our editorial team, independent of our parent company. Some of our stories include affiliate links. If you buy something through one of these links, we may earn an affiliate commission.