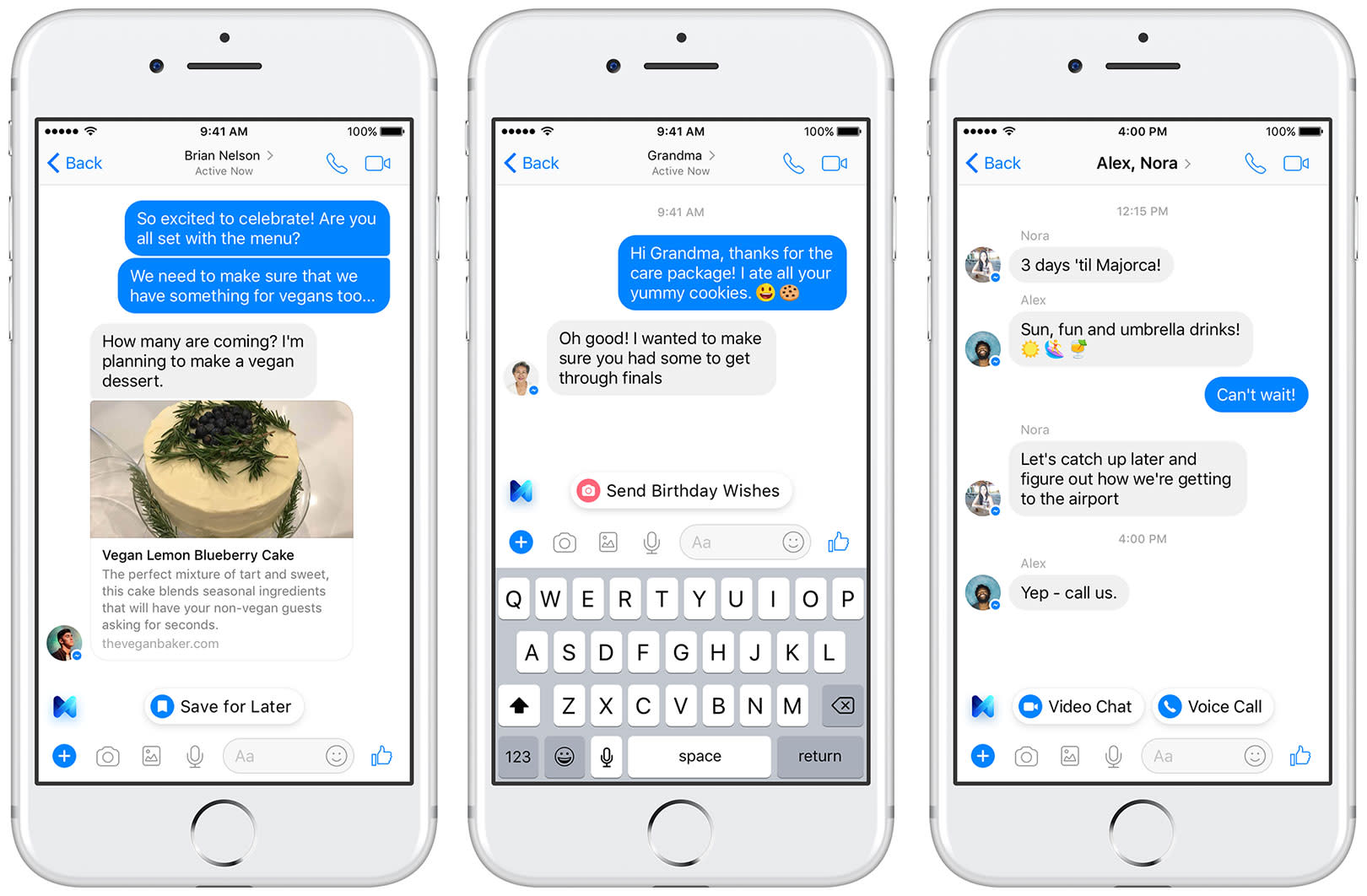 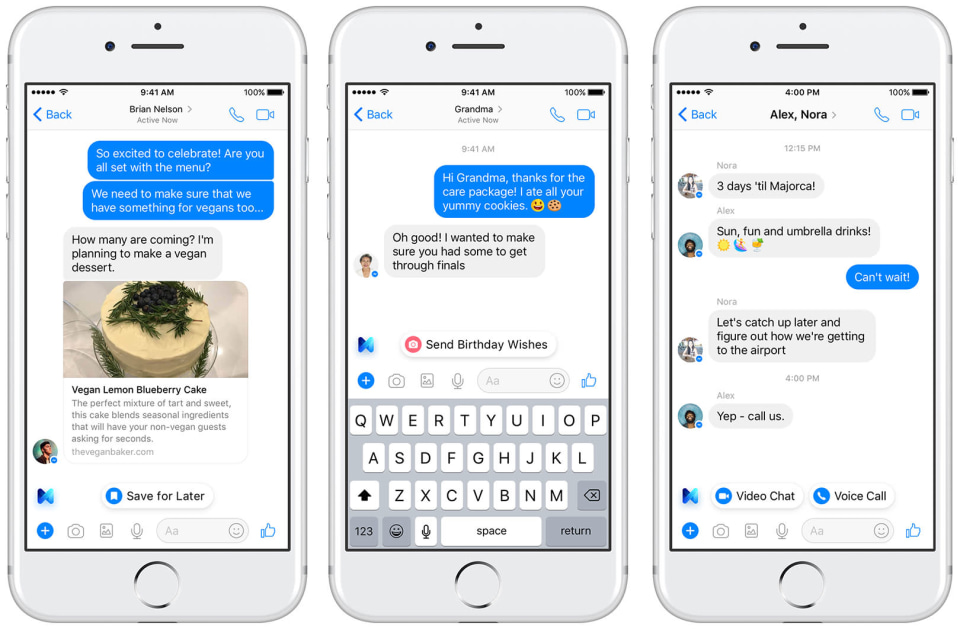 Two months ago, Facebook finally rolled out M, its AI-powered personal assistant, to the general public. Well, sort of. Instead of the limited edition of M that would answer your every beck and call (it had a lot of human help), the public version of M has to be triggered with certain words. A few features at launch include suggesting stickers to use in conversations or prompting an Uber ride if M detects you need to get somewhere. Today, Facebook is adding even more M suggestions to the mix: a "save it for later" function, birthday wishes and call initiations.

The save-for-later function is pretty self-explanatory. If M senses that the people in the conversation are sharing URLs with each other, for example, it'll pop up with an offer to save them for later consumption. Facebook says that this applies not just to URLs, but also Facebook posts, events, pages and videos. And if you want to share that saved content later, you can easily do so thanks to Messenger's 'Saved' extension.

Next are birthday wish reminders, which is certainly something you're already familiar with if you're a Facebook user. Starting today on Messenger, whenever you chat with someone on that person's birthday, M gently reminds you to send him or her a birthday wish, which can be in the form of a sticker, a card or a video.

Last but not least are call initiations. Basically, if someone in the Messenger chat says something along the lines of "want to call me?" M will appear with either a voice or video call shortcut, letting you start one straightaway within the Messenger interface.

Perhaps M's biggest rival is Google Assistant, which is present in Allo, Google's relatively recent chat app. Using machine learning smarts, Google Assistant will tell you the weather, figure out your flight status and show nearby restaurants while you're in conversation with someone else. This is certainly a lot more than what M can do at the moment, but since M is in Messenger, a much more widely used platform, it'll likely be used by a lot more people.

Facebook Messenger will get these M suggestions starting today. Also, M suggestions will be rolling out in Spain today, in both English and Spanish.

In this article: facebook, gear, internet, m, messenger, mobile, suggestions
All products recommended by Engadget are selected by our editorial team, independent of our parent company. Some of our stories include affiliate links. If you buy something through one of these links, we may earn an affiliate commission.