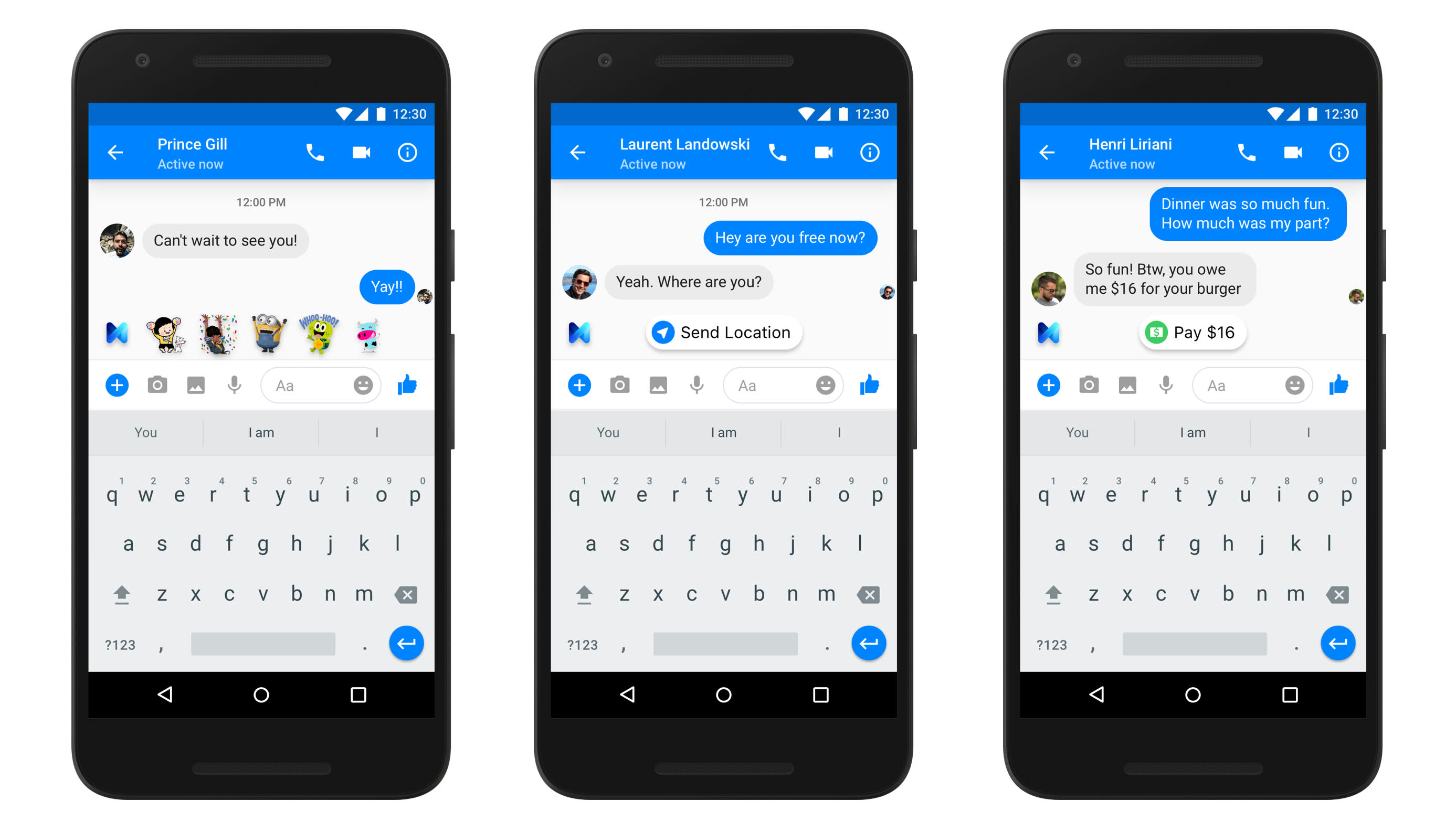 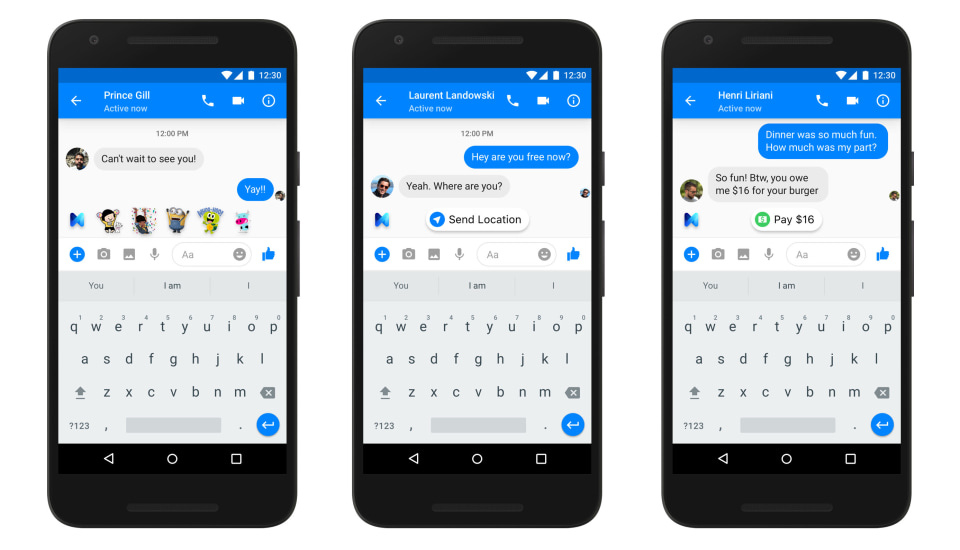 A couple of years ago, Facebook introduced M, an AI-powered personal assistant for Messenger. The idea behind M is that you could ask it to do pretty much anything -- book flights, cancel your cable service and even find a plumber -- and it'll do it for you, with the occasional help from human beings. It was rolled out to just a small test market of users in San Francisco, but we've not heard much about it since then. Until now. Today, Facebook has announced that a version of M will finally be available to all Messenger users in the US. It's called "M suggestions," and it'll essentially pop up at certain points of your Messenger conversation to recommend related content or features.

In this initial rollout phase, suggestions from M will center around just a few features: stickers, payments, location, making plans, polls and getting a ride. So if you say "Happy birthday," M might pop up a row of stickers featuring balloons and cake. If your friend says "pay me $10," M would then show a link to Messenger's payments function so you can indeed send them their money. If they say "Where are you?" M would recognize the query and unveil a shortcut to location-sharing. As for events, if someone says "Yes, let's meet tomorrow," it'll immediately provide a link to create an appointment. For group conversations, it might suggest a poll if people are having a hard time deciding what to do. And if they then talk about how to get to that appointment, it would suggest a couple of "Get a Ride" options of either Lyft or Uber.

Not everybody will see the same M suggestions; the key with M is that it's supposed to be tailored to your particular preference or style of conversation. So if you're not the type to use stickers, you might not ever see the sticker option. "The personalization is based on established patterns," said Stan Chudnovsky, head of product for Messenger. "It's the AI's decision on what to serve and how." The idea here is that the more you use it, the more it'll learn about you and tailor the experience to fit your likes and dislikes. But if you don't like M at all, you can mute it in settings.

Chudnovsky tells us that the idea of M was to do everything for a small group of people just to see what Facebook could learn from the experiment. That way the team could take the lessons it learned and then implement certain features on a larger scale. As for whether M itself would ever roll out globally, the answer appears to be no, as it would be much too resource-intensive. But something like automated M suggestions is simple enough.

Right now, M suggestions don't appear to be as powerful as Google Assistant is in Allo, but this is just the beginning. Get ready for more features in the coming weeks and months as Facebook improves its AI smarts. For now, however, you can get a taste by updating your Messenger app on either iOS or Android as long as you're in the US; global users will have to wait a little longer.

In this article: AI, facebook, gear, internet, M, messenger, mobile
All products recommended by Engadget are selected by our editorial team, independent of our parent company. Some of our stories include affiliate links. If you buy something through one of these links, we may earn an affiliate commission.