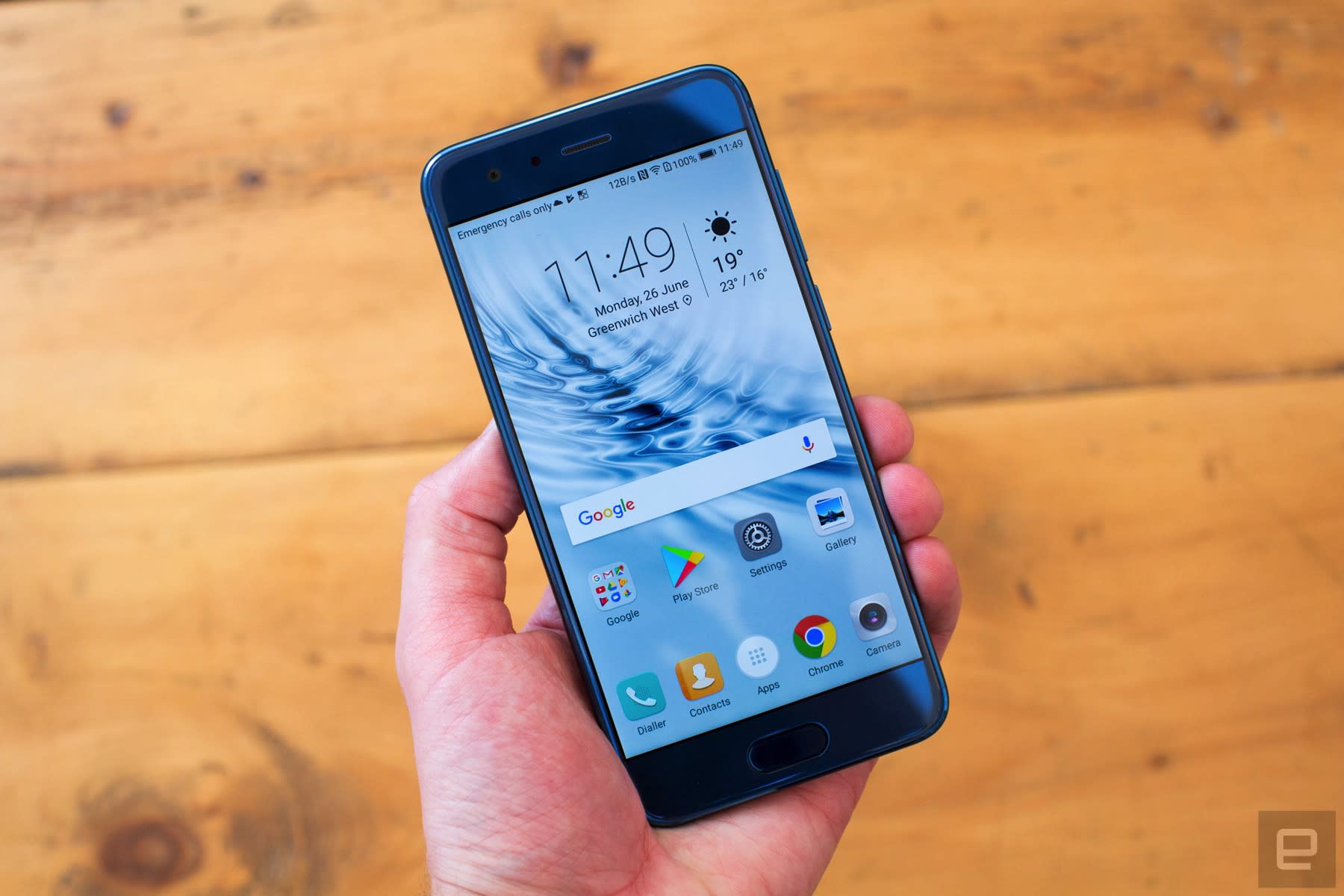 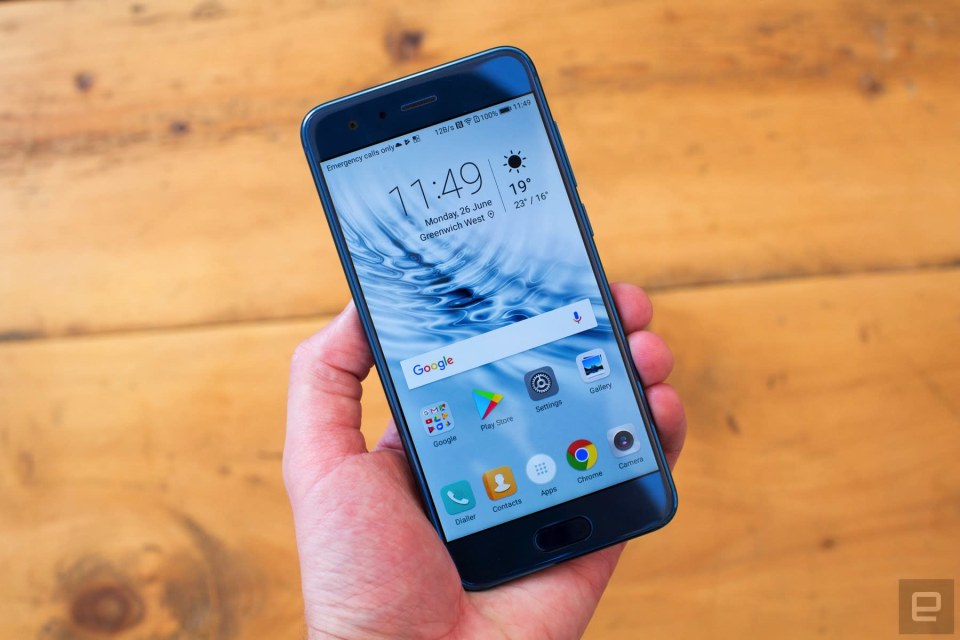 Slowly, Honor is making a name for itself producing cut-price phones with seriously competitive specs. An offshoot of Huawei, the experimental brand repackages the parts -- hardware and software -- refined by its corporate sibling, before assessing and undercutting its rivals significantly. For the budget-conscious customer, it's a tempting offer. Today, Honor is revealing its latest handset for Europe, the Honor 9, which continues that trend. It's a replacement for the Honor 8 and boasts a spec sheet similar to the Honor 8 Pro, which my colleague Jamie Rigg was smitten with earlier this year. The phone differs in two key areas, though: size and price. Whereas the Honor 8 Pro had a 5.7-inch, Quad HD display, the Honor 9 comes with a 5.15-inch, 1080p panel. It's plenty sharp, but doesn't have the resolution to compete with an LG G6 or Samsung Galaxy S8. On a screen this size, however, the pixel count isn't much of an issue and the trade-off should mean superior battery life, which is always welcome. Inside, the Honor 9 rocks a Kirin 960 processor, with four 2.4GHz cores and four 1.8GHz cores -- like the Honor 8 Pro -- 4GB of RAM and 64GB of onboard storage, which can be boosted by up to 256GB with a microSD card.

Both phones charge over USB Type-C and have a fingerprint sensor, but the Honor 9 has its scanner on the front, rather than the rear. Positioning the sensor on the front does make the device a little taller than it might otherwise need to be, but given the display size, it's still perfectly manageable in one hand. That is, provided the phone isn't squirming around. The metal frame and so-called "3D curved glass back" is startling, especially in the "Sapphire Blue" I've been testing recently. The glass makes it slippery, though, so I highly recommend picking up a case. It is, at first blush, an attractive phone. But like all Honor hardware, it feels uninspired and unoriginal. The design resembles an early prototype -- the first draft of something more ambitious -- or the rough amalgamation of everything else that's come out this year. There are no obvious blemishes or branding that will make you embarrassed to take a call in public. But the design doesn't say anything either. It's fine, pretty even, but has little in the way of personality or ideas. Whereas Samsung and even Huawei are pushing for original, distinctive designs, Honor seems happy to play it safe.

There's also the camera. The Honor 9 offers a dual-shooter system on the back, similar to Huawei's more expensive P10 smartphone. Both have a 12-megapixel RGB sensor paired with a 20-megapixel monochrome equivalent for improved detail and, if you're the artsy type, superior black and white shots. The P10 uses Leica-endorsed lenses, however, while the Honor 9 has some nondescript glass at the back. It seems to make a difference; the few shots I've taken with the Honor 9 have been lacking, with washed-out colors and aggressive sharpening. That's outside, in glorious sunshine too, which doesn't bode well for low-light shooting. Hopefully this can be improved with a post-launch software update. The phone runs Android 7.0 with Huawei's Emotion UI 5.1 skin lathered on top. In the past, "EMUI" was a pain, obscuring or removing Android fundamentals such as the app drawer. But the company has come a long way in recent years, refining its own ideas and re-introducing parts of the "stock" experience that Android enthusiasts love. It's no longer garish to look at, or a strange iOS imposter. Of course, some will prefer the untouched Android experience, but that's now harder to come by at cheaper price points. The Nexus line is no more, replaced by the high-end Pixel series, while the latest OnePlus smartphone starts at £449 off contract.

At £380 SIM-free (roughly $485), the Honor 9 looks to be a bargain. The design is unimaginative but the sheer performance is hard to beat. The closest Motorola phone, for instance, is the £370 Moto Z Play, which comes with a 5.5-inch display and a 3510 mAh battery, but a Snapdragon 625 processor, 3GB of RAM and 32GB of storage. It's also £95 cheaper than the Honor 8 Pro and £169 less than the Huawei P10, which, Leica cameras aside, is near identical to the Honor 9 internally. The phone is available to pre-order today at Amazon and Vmall in "Sapphire Blue" exclusively (hope you like the color) ahead of its launch in Three stores next month.

(A spokesperson for Honor says there is "no word yet" on US pricing and availability. If and when that changes, we'll be sure to let you know.)

In this article: android, applenews, gear, hands-on, honor, honor9, huawei, mobile, smartphone
All products recommended by Engadget are selected by our editorial team, independent of our parent company. Some of our stories include affiliate links. If you buy something through one of these links, we may earn an affiliate commission.