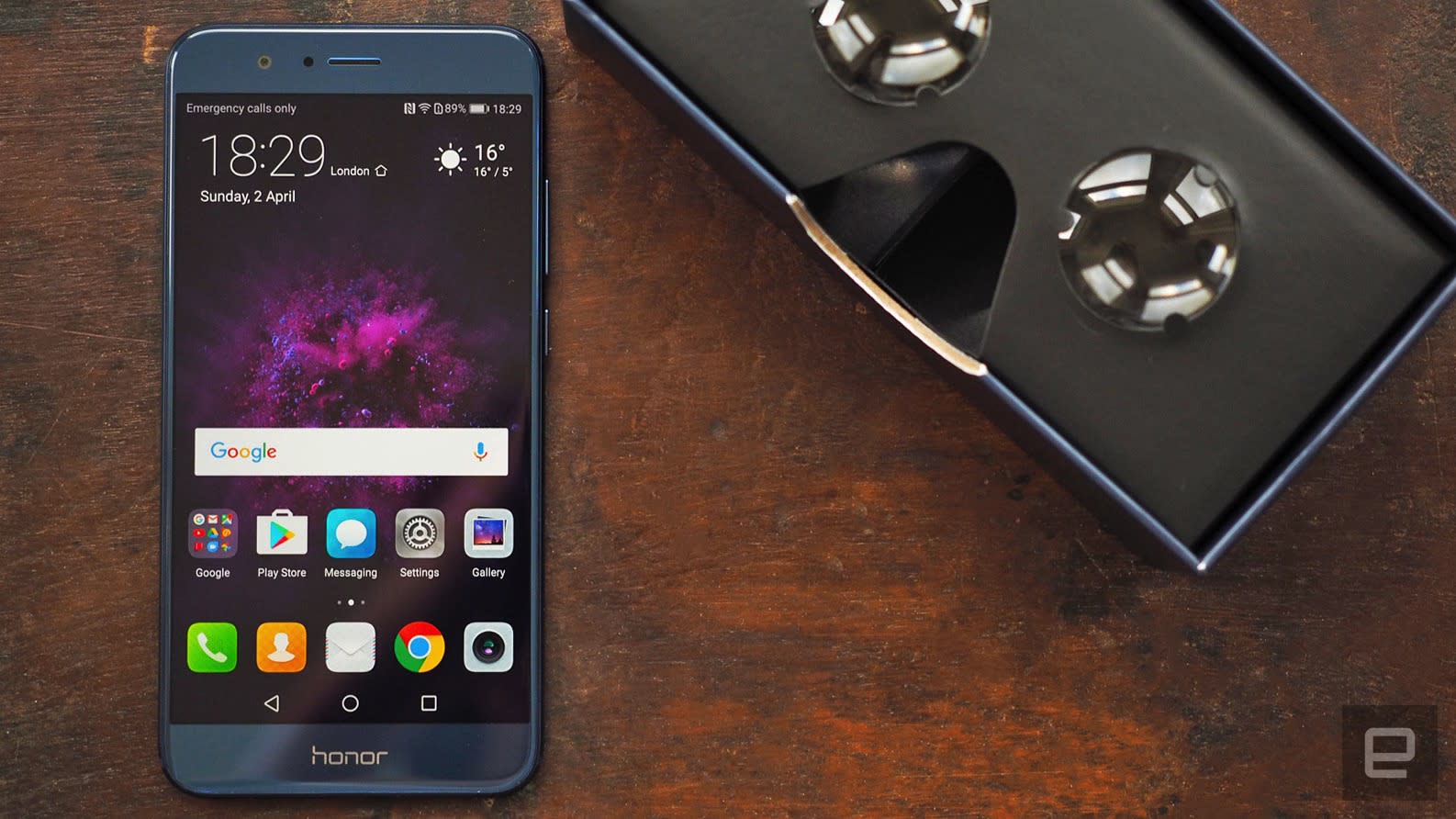 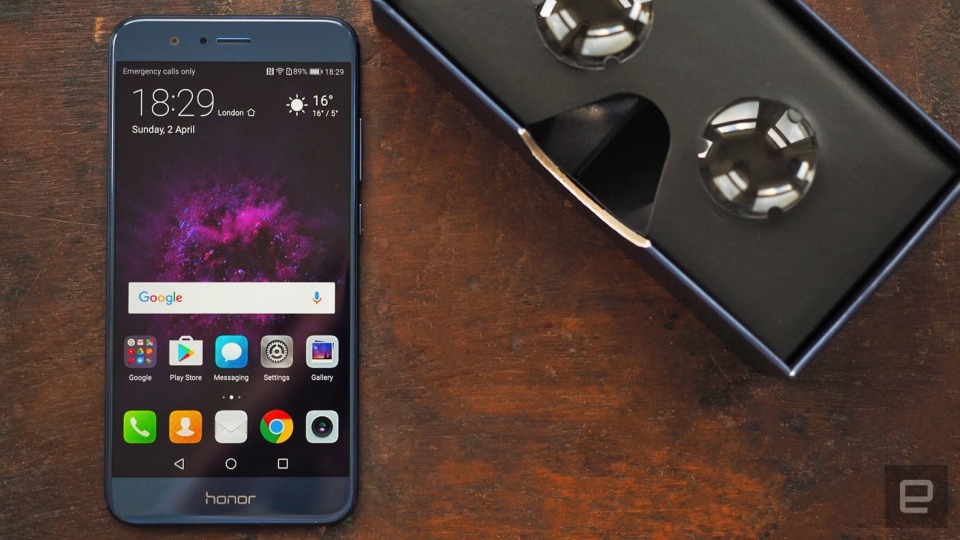 There's Huawei, and then there's Honor. While both are technically the same company, the Honor brand takes some of the best bits of Huawei's smartphones and packages them up in new devices that don't take as much of a bite out of your bank account. That's been the general distinction between the two, anyway, but the line has become blurrier as Honor has begun breaching the mid-range with smartphones like the Honor 8. And now, it's been all but scrubbed out with the announcement of the £475 (nearly $593) Honor 8 Pro today, which is every bit a new Huawei flagship. Let's get down to the nitty gritty. Tucked away inside the Honor 8 Pro is Huawei's best homegrown chip: the Kirin 960 with four 2.4GHz cores and four 1.8GHz cores. With 6GB of RAM and 64 gigs of expandable storage backing that up, it's a beast by any account. It's also running the latest version of Huawei's EMUI (5.1), which is built on top of Android 7.0 Nougat. Among the improvements are a better blue light filter and new camera feature co-developed with GoPro called Highlights, which automatically creates video stories from what's available in the gallery (much like HTC's old Zoe highlights feature, then).

Like some other Huawei devices, the Honor 8 Pro uses machine learning to optimize performance, predicting your daily Facebook check so the app loads faster than it would do otherwise. Algorithms also promise to delay the inevitable slowdown of the device as file fragmentation and other forms of wear and tear take their toll. Apparently, you can expect the device to still function at 80 percent efficiency after 500 days of use. This won't become apparent for some time, of course, but what's immediately obvious is just how gorgeous the Honor 8 Pro is. Whereas the Honor 8 was clad almost entirely in glass, the Pro is mostly metal (barring the Gorilla Glass 3 covering the display) The navy blue model I've been playing around with catches the light in all kinds of visually appealing ways -- this will be the only color available at launch, but black, gold and potentially more hues are in the pipeline. It looks and feels like a seriously premium device, and there are soft curves in all right places. With antenna bands running horizontally close to the top and bottom ends of the handset, there's no denying the Honor 8 Pro gives off strong iPhone vibes.

The only downside to this beautiful body is that it's a bit on the big side, though it's still nice and thin at 6.97mm deep. This does mean, however, there's enough space for a 4,000mAh battery with fast-charging support that'll apparently keep the thing going for two days of regular use. More importantly, though, there's room for a vibrant, stunning 5.7-inch Quad HD (2,560 x 1,440) display. To showcase this striking screen, the Honor 8 Pro comes with the Jaunt VR app preinstalled, and the device's box actually converts into a cardboard VR viewer. It's not particularly comfortable, but it's a nice touch to include this accessory as standard, and in a clever way.

I kinda feel like Huawei's shot itself in the foot with the Honor 8 Pro. All things considered, I don't know why you'd buy the new Huawei P10 flagship over the Honor 8 Pro, especially as the former has a few inferior specs and is significantly more expensive at £549. The P10 does have the Honor 8 Pro beat in the camera department, though, at least on paper. Still, you're getting an excellent dual 12-megapixel camera setup (f/2.2 on both) on the new Honor device that takes some delightful shots, as well as an 8MP shooter up front for selfies. In wide aperture mode, you can play around with focal point and background blur, which is always fun, and as one of the two sensors is monochrome, you can snap native black-and-white pictures. Low-light performance is also very impressive as far as my brief experience with Honor 8 Pro has shown.

The Honor 8 Pro is available to pre-order in the UK today from Huawei's vmall store for the introductory price, including various accessories, of £474. The official launch is set for April 20th, at which point it'll also hit Amazon. There's no word on US pricing or availability yet, but I'm fairly sure we'll hear more about that in due course as Honor continues to push its brand in the region. And what better phone to do that with than the gorgeous Honor 8 Pro?

In this article: emui, gear, gopro, hands-on, honor, honor8, honor8pro, huawei, mobile, smartphone
All products recommended by Engadget are selected by our editorial team, independent of our parent company. Some of our stories include affiliate links. If you buy something through one of these links, we may earn an affiliate commission.