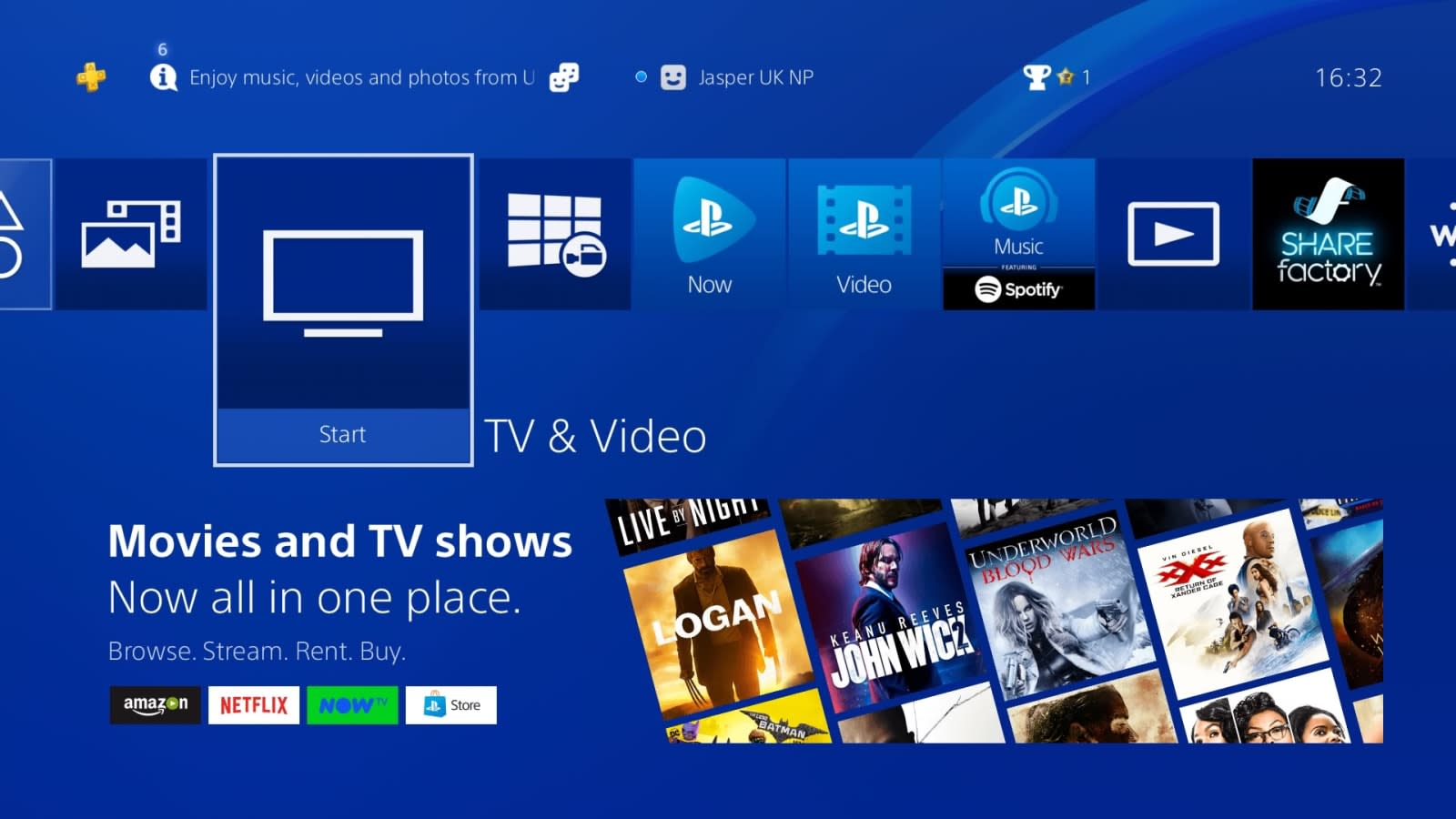 Sony is streamlining the way it presents TV and video on the PlayStation 4, making it easier to discover films and shows from across apps, all in one convenient location.

In the past, PS4 users had to navigate to different apps (such as Netflix, Now TV, and Sky) to find shows, which resulted in a clunky process at best. Now, you can browse through trending films and shows, live events, and your PS Store "My Videos" collection from the new interface. If you still decide that you want to access an app instead, or if you have a go-to favorite platform, its icon will be available at the top of the screen, alongside other popular video services.

The refresh actually looks a lot like the "cinematic" layout that was introduced with the Amazon Fire TV software update in October. As a result, the interface boasts more visuals, with categories populated with a series of rectangular tiles that represent titles, each with its own unique image and a corresponding label listing its origin app or rental store. Although it lacks the cross-app search bar offered by the fourth-gen Apple TV, the refresh is a step in the right direction. And with Sony promising more updates down the line, it could build upon the feature by emulating the categorization and search tools offered by the likes of Amazon Fire TV, Apple, Chromecast, et al. From this, the PS4 could evolve into a solid media streaming destination.

The new TV and video interface is available in the UK, Australia, Austria, Denmark, Finland, France, Germany, Italy, Norway, Spain, and Sweden -- there's no word on US availability yet.

In this article: amazon prime, av, entertainment, gaming, netflix, Playstation4, ps4, sony
All products recommended by Engadget are selected by our editorial team, independent of our parent company. Some of our stories include affiliate links. If you buy something through one of these links, we may earn an affiliate commission.