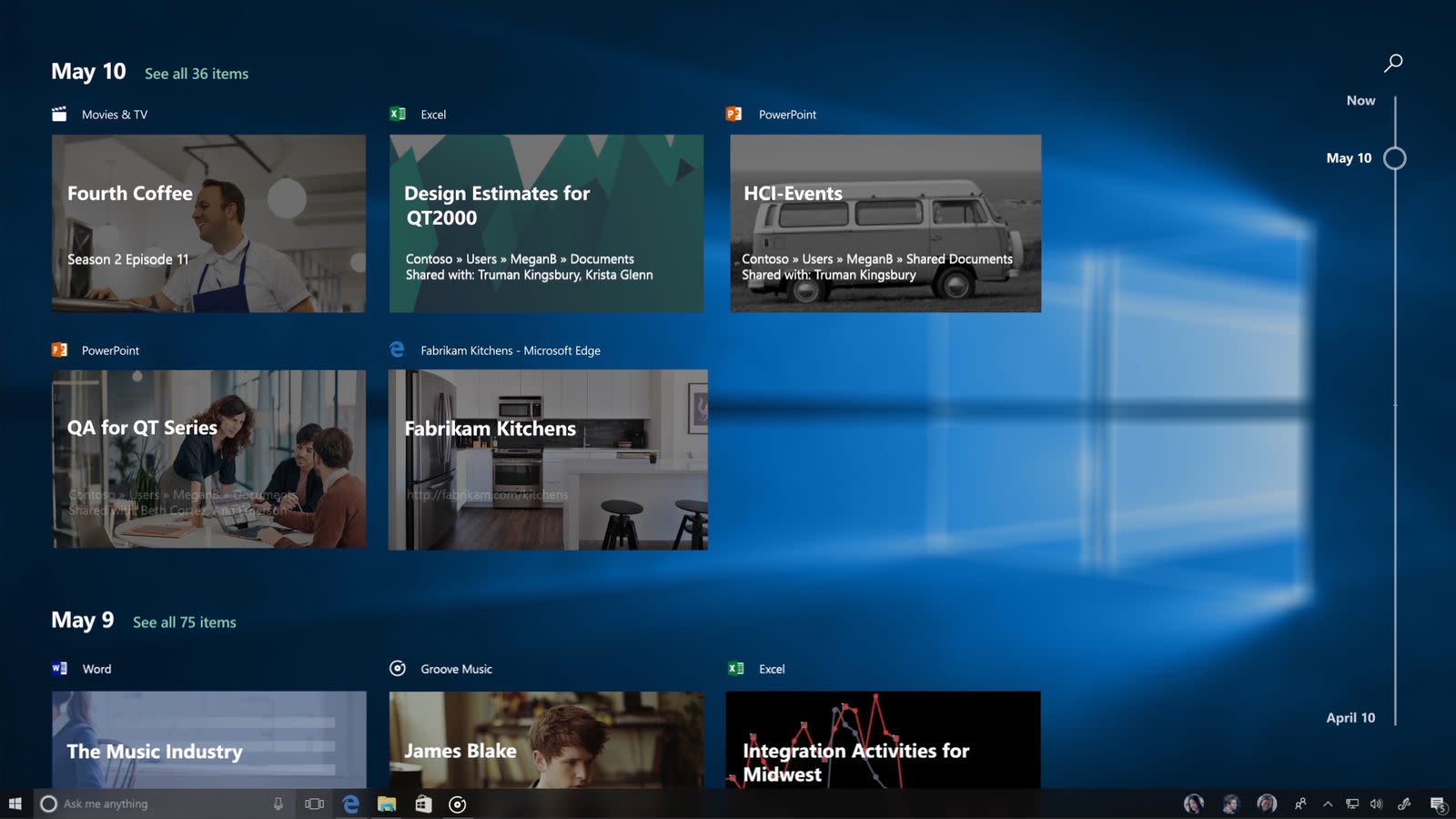 Microsoft's anticipated Timeline Windows feature won't be included in the Fall Creators Update. Timeline, revealed at Microsoft's Build developer conference in May, was expected to be a part of the update, but Microsoft VP Joe Belfiore said today that wouldn't be the case.

Like Apple's Handoff, Timeline lets users pick up work where they left off from different devices. Start a project on your laptop and you can finish it on your phone without any file-transferring hassle. But unlike Handoff, which is limited to Apple devices, Timeline will let users switch between Windows 10, iOS and Android devices.

In a tweet, Belfiore said that Timeline definitely wouldn't be in the Fall Creators Update, but that Microsoft was planning for the feature to be included in insider builds shortly afterwards. He went on to add that it wasn't delayed, it just wasn't ready in time and that timing had never been specified at Build.

Correct. Timeline won't be in the Fall Creators Update. We're planning for it to be in early insider builds shortly after FCU is out.

In this article: apple, design, gear, microsoft, personal computing, personalcomputing, timeline, windows, windows10
All products recommended by Engadget are selected by our editorial team, independent of our parent company. Some of our stories include affiliate links. If you buy something through one of these links, we may earn an affiliate commission.