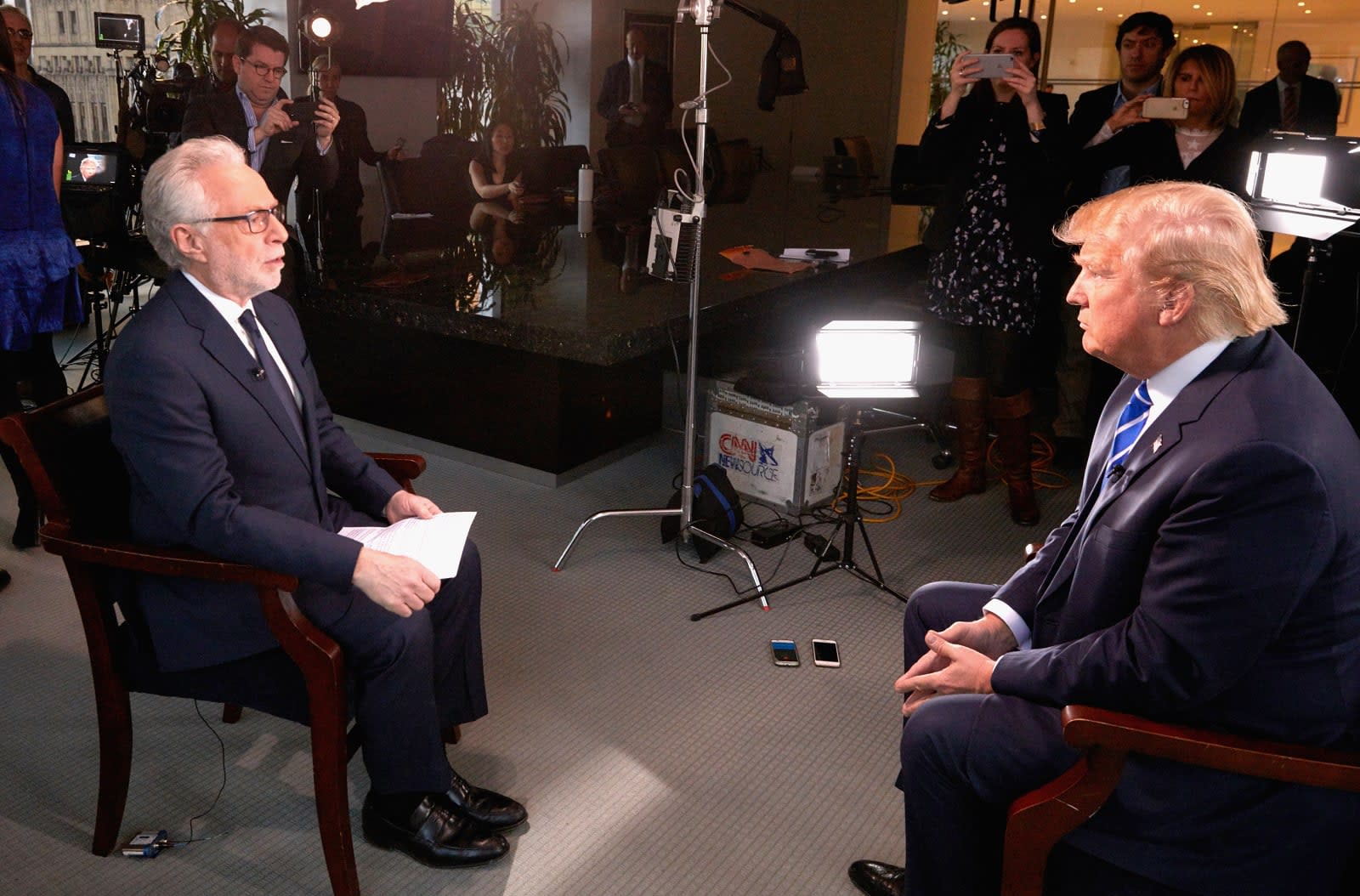 Over the weekend, Trump tweeted out a gif (that his staff found on Reddit) depicting an archive clip of him wrestling with WWE CEO Vince McMahon, whose face was overlaid with the CNN logo. The stunt quickly drew condemnation from both sides of the aisle and also instigated CNN to track down the person who initially posted the gif that Trump lifted without attribution, one HanAssholeSolo (or HAS). While the reasoning behind why he didn't call himself "HanAssholo" and save a syllable remain unresolved, we now know exactly why he's not going to be doing anymore trolling: it's because, if he does, CNN will tell the world exactly who he is.

The original gif, which did not include sound, was posted to Reddit by HAS last Wednesday, CNN reports. After digging through HAS' post history, CNN discovered a trove of anti-semitic and xenophobic content. Once CNN mentioned the HAS' username on air, he proceeded to scribe a lengthy apology letter before deleting the remainder of his posts. This did not stop CNN reporter, Andrew Kaczynski, from figuring out HAS' identity through a Facebook search and some basic cross-referencing of details HAS posted online.

Those details are going to remain under wraps for the time being. CNN announced on Wednesday that it will not reveal the name of the middle-age man (who was posing as a 15-year-old) behind the HanAssholeSolo account. The news network cited his online apology and promise to reform in its decision. However, CNN did threaten to disclose this information should Han not keep his nose clean:

CNN is not publishing "HanA**holeSolo's" name because he is a private citizen who has issued an extensive statement of apology, showed his remorse by saying he has taken down all his offending posts, and because he said he is not going to repeat this ugly behavior on social media again. In addition, he said his statement could serve as an example to others not to do the same.
CNN reserves the right to publish his identity should any of that change.

This statement instigated a backlash from conservative media, with Donald Trump Jr leading the charge. Within hours of CNN's announcement, the #CNNBlackmail hashtag had begun to trend on Twitter. Though, both Han and CNN have stated that he wrote and posted his apology before ever actually speaking with CNN. But, you know, the internet will never miss a chance to express outrage at whatever you put in front of it -- even if it isn't based in reality (see: Pizzagate). Kaczynski rebutted the charges in a subsequent tweet, arguing that "this line is being misinterpreted. It was intended only to mean we made no agreement [with] the man about his identity."

Despite Kaczynski's reasoning, the optics are not in CNN's favor. It sure looks like one of the nation's biggest news organization is holding the threat of public humiliation and ridicule over Han as a means of ensuring that he stops publishing opinions critical of the organization.

In this article: CNN, Donald Trump, Facebook, Facebook Search, gear, gif, MySpace, politics, Reddit, Vince McMahon
All products recommended by Engadget are selected by our editorial team, independent of our parent company. Some of our stories include affiliate links. If you buy something through one of these links, we may earn an affiliate commission.
Share
Tweet
Share