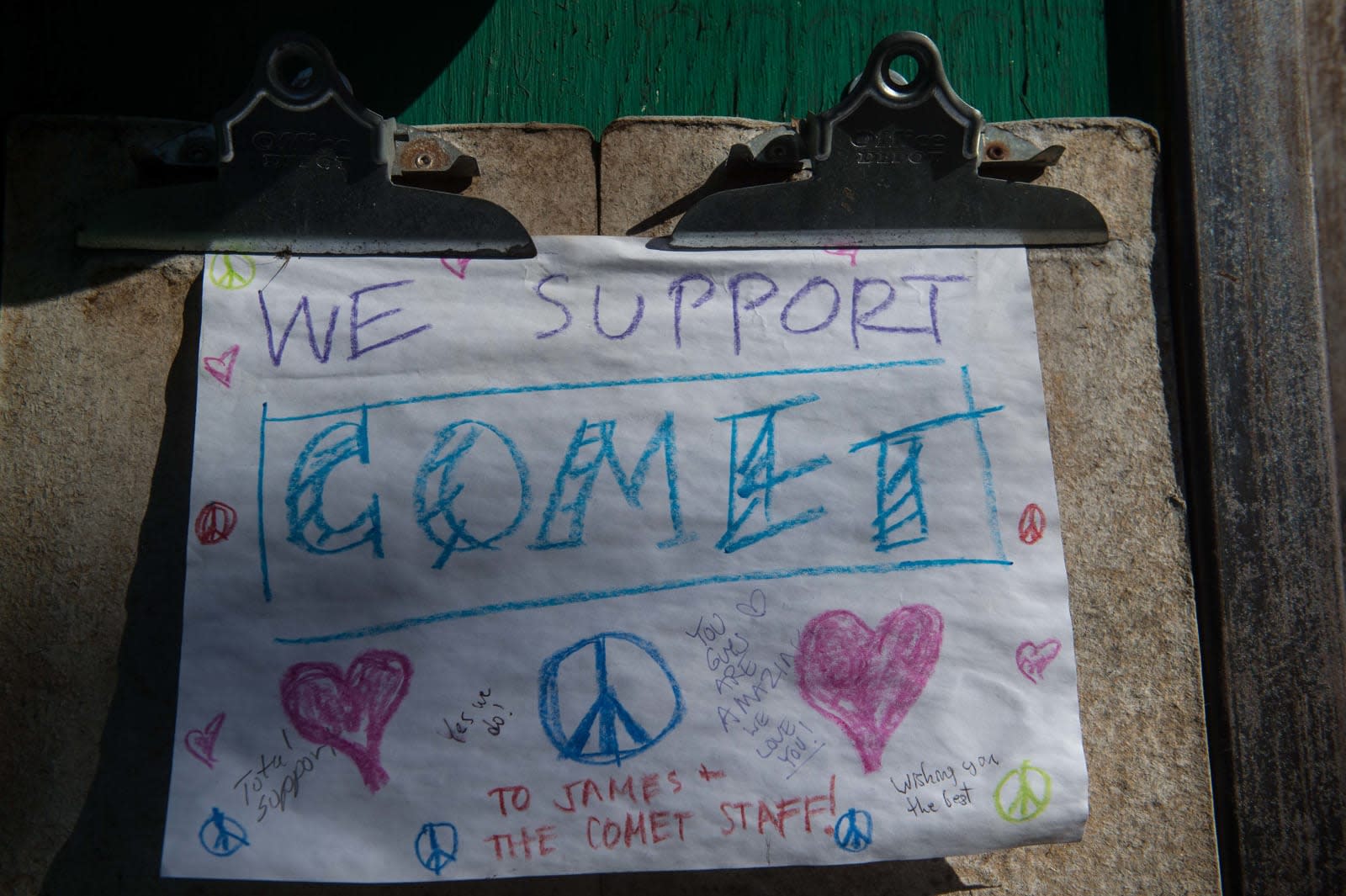 The internet has always had its fair share of fake news and hoaxes, but it wasn't until recently that it's become an issue of national importance. One of the more vexing questions is whether or not fake news could have influenced the outcome of the election -- would a false story about the Pope endorsing Trump be enough to sway voters, for example. While fake news leading to a misinformed voter is certainly of concern, it can also lead to dangerous and potentially violent situations.

That's what happened last Sunday when Edgar Maddison Welch went into a Comet Ping Pong, a pizzeria in Washington D.C. with an AR-15 assault rifle and fired one or more shots. In his words, he was there to "self-investigate" Pizzagate, a conspiracy theory which alleges that Hillary Clinton and campaign manager John Podesta were leaders of a child sex trafficking ring run from the restaurant's basement.

It's a pretty crazy story, but it gained traction quickly. Initially spun out of 4chan, the news spread to Reddit and then to fake news sites. The story grew larger and more convoluted; people started to accuse the Democratic Party of running an even larger international child trafficking ring, and that Podesta's emails to Clinton contained "code" words that had hidden meaning pertaining to the alleged trafficking.

What's worse is that the conspiracy theory received major traction by right-wing outlets like InfoWars and Alex Jones. Another apparent Pizzagate believer is Michael G. Flynn, who happens to be the son of General Michael Flynn, Trump's choice as his National Security Advisor. When CNN anchor Jake Tapper questioned his Pizzagate beliefs, stating that there is no evidence of it, Flynn instead demanded evidence of it not being true, which is far harder. The burden of proof here lies with the accuser.

Even the General himself retweeted a fake news site that alleged Clinton and her aides were responsible for "child exploitation" and "sex crimes." Many Trump supporters fell for it too.

Before long, the news was shared and spread on Facebook and Twitter many times over, and thousands appear to have fallen for it. The pizzeria started receiving death threats via phone and social media. Examples include: "I will kill you personally."

Obviously fake news is bad because it results in an ill-informed public. But it's a whole other thing when someone believes in falsehoods so fervently that they're willing to take dangerous and potentially violent actions because of it, just like Welch had done.

This is especially disconcerting when you consider fake news that peddles not just in misinformation, but also hate. There was a series of false stories in Myanmar that aimed to malign Muslims by claiming they had attacked Buddhist sites. Though discredited by the police, the news spread nonetheless, fueling anti-Muslim sentiment, leading to more attacks against the country's minority Rohingya Muslim population.

Even if Zuckerberg is right in saying that only one percent of Facebook has fake news, that's one percent too many if it leads down this dangerous path of distrust and violence.

Comments to this article are now closed because of multiple comments that violated our community standards.

In this article: culture, facebook, fakenews, pizzagate, politics
All products recommended by Engadget are selected by our editorial team, independent of our parent company. Some of our stories include affiliate links. If you buy something through one of these links, we may earn an affiliate commission.