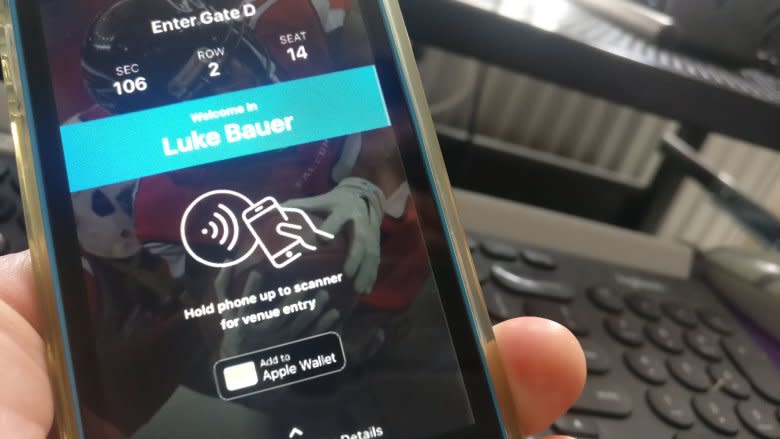 Dealing with paper tickets may become a thing of the past if Ticketmaster's new "Presence" digital system takes off. The ticket agency worked with data-via-audio company Lisnr to implement a new ticketing technology that uses a ultrasonic audio broadcast to transfer data from your smartphone to a venue. The benefit to consumers is a faster entry to their favorite music or sporting event, while Ticketmaster then gets to know who is at an event, reducing fraud. It also helps the company control scalping of unused tickets.

Lisnr's audio technology uses what it calls "Smart Tones" in the hard-to-hear 18.7 - 19.5 kHZ range to transmit data between compatible devices. Venues can also place receivers all around a concert arena, which can track exactly where people are in order to send customized messages. Maybe ones like, "get back to your assigned seats." VentureBeat reports that the technology will be used to authenticate event attendees for "hundreds of millions of tickets," and will roll out globally over the next four years. According to VentureBeat, Ticketmaster's future plans include using the technology for attendee purchases instead of credit cards or NFC as well as empowering artists to engage with fans.

It's not just ticket sellers that can use audio technology like this, of course. Jaguar Land Rover is using Lisnr tech to identify specific drivers and then personalize the interior of a car for them with seat and climate control preferences. Chirp has been sending data between iPhones using sound for years now, and Google uses ultrasonic audio as part of its Nearby Messages API. The new partnership with Ticketmaster may take this nascent technology into the mainstream, however. It's not hard to imagine the tech powering shopping malls, advertising systems or even helping people find the tissues in a big-box store like Costco. For now, though, getting into a concert faster seems like a solid application of the tech.

In this article: business, gear, mobile
All products recommended by Engadget are selected by our editorial team, independent of our parent company. Some of our stories include affiliate links. If you buy something through one of these links, we may earn an affiliate commission.