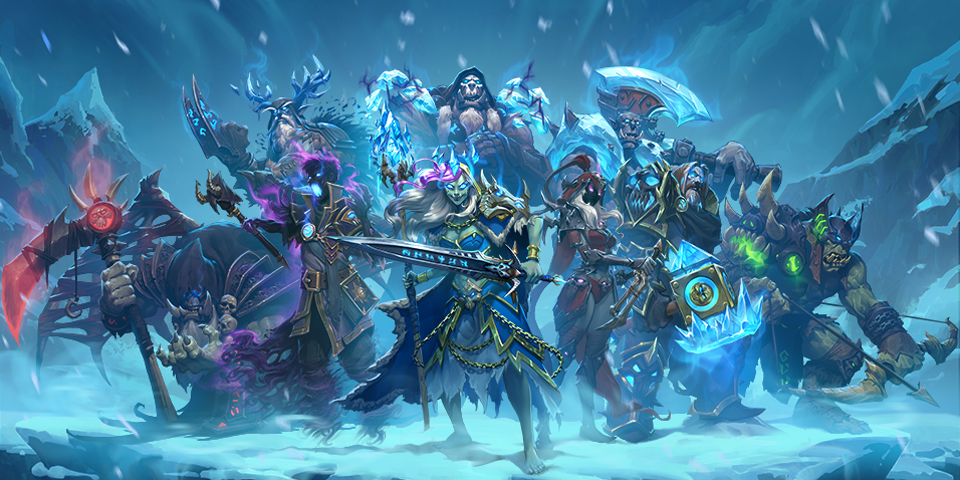 Digital card game Hearthstone started off a new year of themed expansions with April's Journey to Un'goro, adding 135 cards and introducing new concepts to refresh the game. Last night, studio Blizzard announced the second new content block for 2017, Knights of the Frozen Throne, which will launch in August.

Blizzard is following through on two promises it made when Un'goro dropped: First, that 2017's Year of the Mammoth would shift the game's content release schedule to three full-size, 135-card expansions per year instead of the smaller 45-card Adventures. While ditching the cheaper limited sets means this will be the most expensive year yet to get all of Hearthstone's cards, the studio is keeping its second promise, adding free solo content in Knights that will be a true challenge, the game's lead Ben Brode assured in a developer video. Like every expansion, Knights adds new concepts to the game. First is Lifesteal, which acts exactly as expected: Minions with the effect will return any damage dealt as life. But in keeping with content's setting in the WarCraft world's frozen, undead-ravaged north, players will get a new card type that transforms their hero mid-game into a Death Knight with a new power.

Like the Quest cards in the recent Un'goro expansion, the game-altering Death Knight hero cards will be of legendary rarity, the hardest to find and most expensive to craft, keeping unlucky or low-spending players from enjoying the new card type. But players get a randomly-selected one for free after playing through the solo adventure's prologue (completing all eight missions grants three free packs). Combined with the recent pack rarity changes that guarantee a legendary card in the first ten opened, casuals stand a better chance of getting in on the new features while the expansion's still fresh.

What do you think about the new death knight hero card type? #FrozenThrone pic.twitter.com/BDHwMvejac

In this article: av, blizzard, BlizzardEntertainment, CardGames, ccg, gaming, hearthstone
All products recommended by Engadget are selected by our editorial team, independent of our parent company. Some of our stories include affiliate links. If you buy something through one of these links, we may earn an affiliate commission.