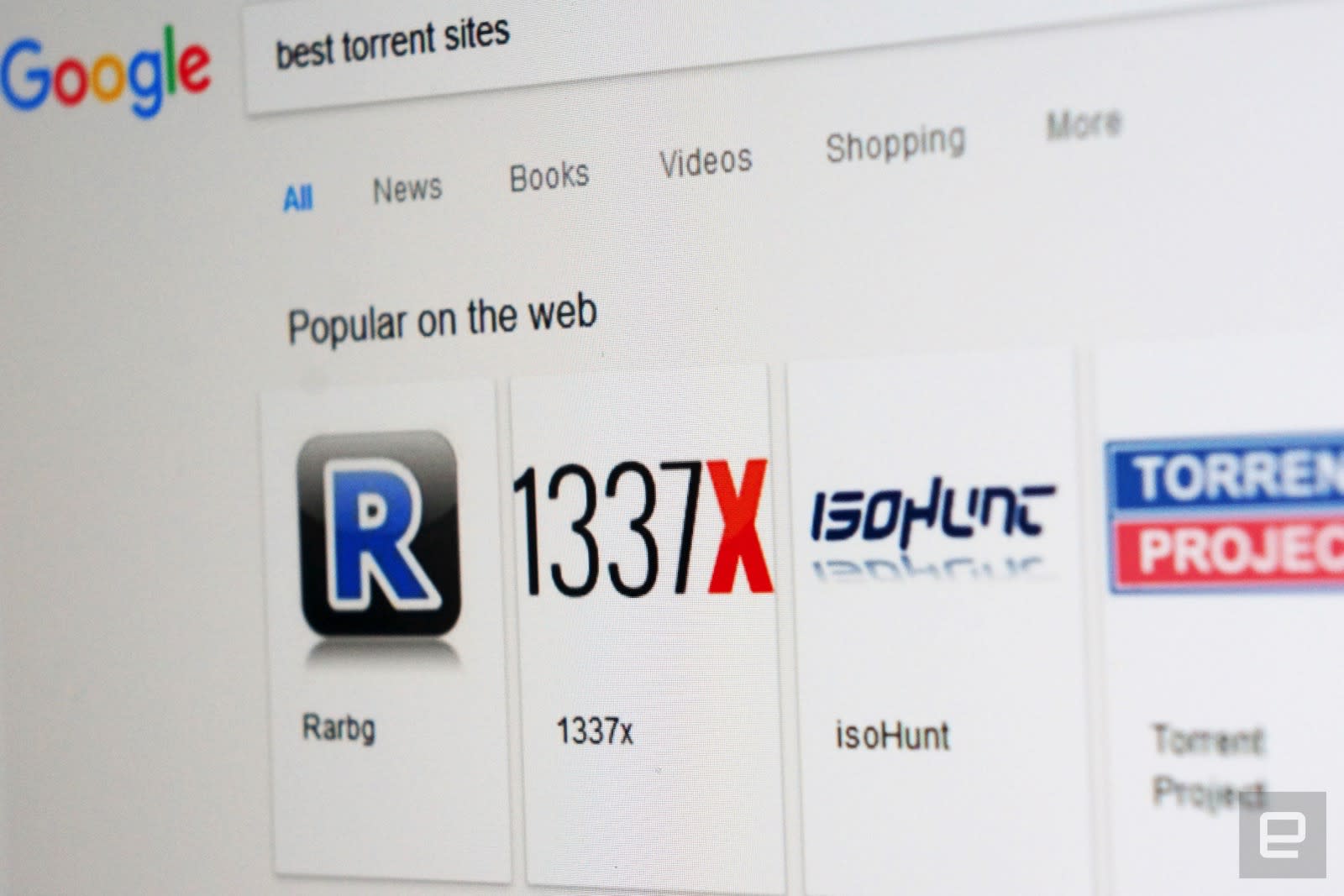 Google may have redoubled its efforts to downplay pirate sites in its search results, but it's clear that there are some bugs to work out in its strategy. TorrentFreak discovered that the internet firm's search results in the US are explicitly highlighting popular pirate outlets when you search for "best torrent sites," while looking for "streaming sites" spotlights pirate services alongside legitimate providers like Crackle or Hulu. You'll have to search from Google's US site (international pages turn up different results), but they're still visible as of this writing.

We've asked Google for comment on the highlights and will let you know what it says. However, it's safe to say this is unintentional. The company relies on algorithms to automatically generate highlight cards, and it can't realistically check every possible result. Still, it doesn't look good when Google's code sets pirates on a pedestal.

The findings aren't going to help Google's already contentious relationship with the music and video industries, both of which have spent years accusing Google of doing too little to prevent piracy. They've routinely argued that Google should outright remove pirate sites from its results, not just demote them -- this only adds fuel to the fire, even if there's an easy fix. The company may need to show that this is a one-off incident and not a common problem.

Update: A Google spokesperson tells us that the results "do not reflect what we had in mind," and that the company is "looking into" the issue. You can read the full statement below.

"These results are generated algorithmically, but in this particular case, do not reflect what we had in mind for this feature, and we are looking into it."

In this article: bittorrent, gear, google, internet, piracy, search, streaming, torrent, web
All products recommended by Engadget are selected by our editorial team, independent of our parent company. Some of our stories include affiliate links. If you buy something through one of these links, we may earn an affiliate commission.