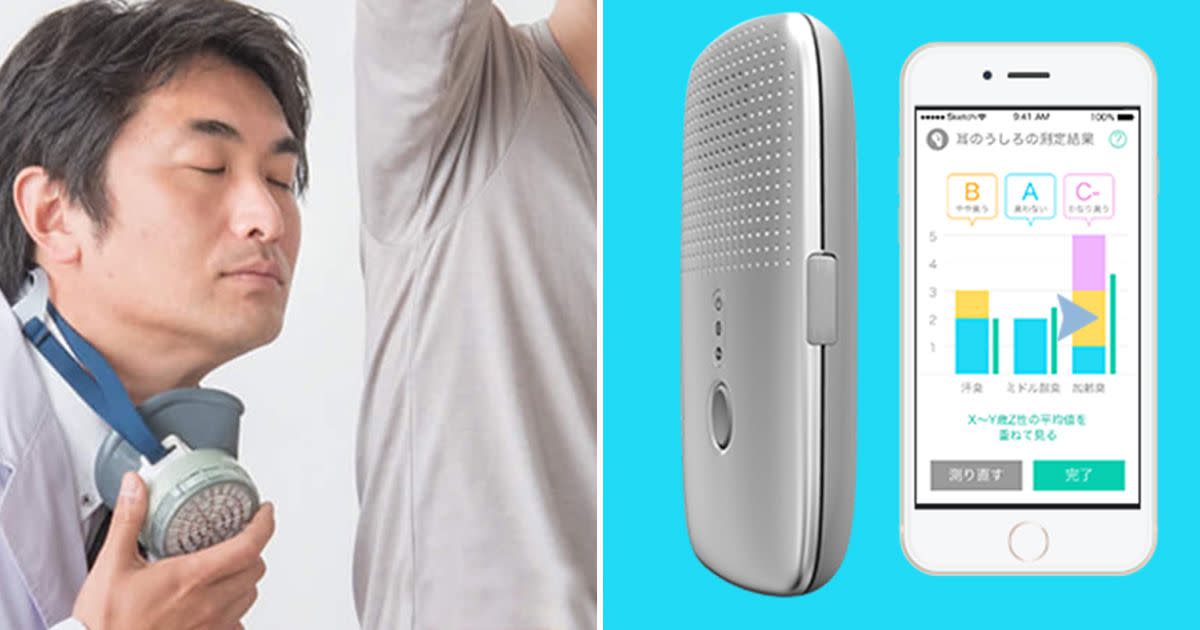 Ever had to rush somewhere and begun to worry that you stink like a teenage locker room? Well, thankfully, there's now an app that can measure exactly how badly you smell. Connecting to your smartphone via Bluetooth, Kukun Body is a pocket-sized device that lets you test your stench in four different locations. Developed by Japanese camera manufacturer Konica Minolta, the tape recorder shaped device can be used to scan four areas: feet, behind the ear, near the head and of course – the all important armpits.

Testing for three different smells, the device checks your body for readings of sweat, middle-fat odors and a third category called karesihu -- which roughly translates to old age smell. After conducting the analysis, the Kukun Body gives you the brutal truth, discreetly sending you the verdict via the Kukun app. Given the public odor shaming of Japan's other hygiene testing solution, this sweat testing device will probably win a few more fans than its breath-testing equivalent.

Unfortunately for us, the company has stated that it currently has no plans to release the device outside of Japan. For those in the East, the full product is due to launch in Japan later this year at 30,000 yen – which is around $265 dollars. Those who are in desperate need, however, can pick up the Kunkun Body as part of a set of hygiene products on the company's crowdfunding page.

For now then, us westerners will still have to stick to deodorant and more traditional sniff tests. Mercifully though, the future isn't totally bleak for the odorly-challenged here, as other companies are currently working hard to make us stink a little less.

In this article: app, iphone, japan, mobile, odor
All products recommended by Engadget are selected by our editorial team, independent of our parent company. Some of our stories include affiliate links. If you buy something through one of these links, we may earn an affiliate commission.