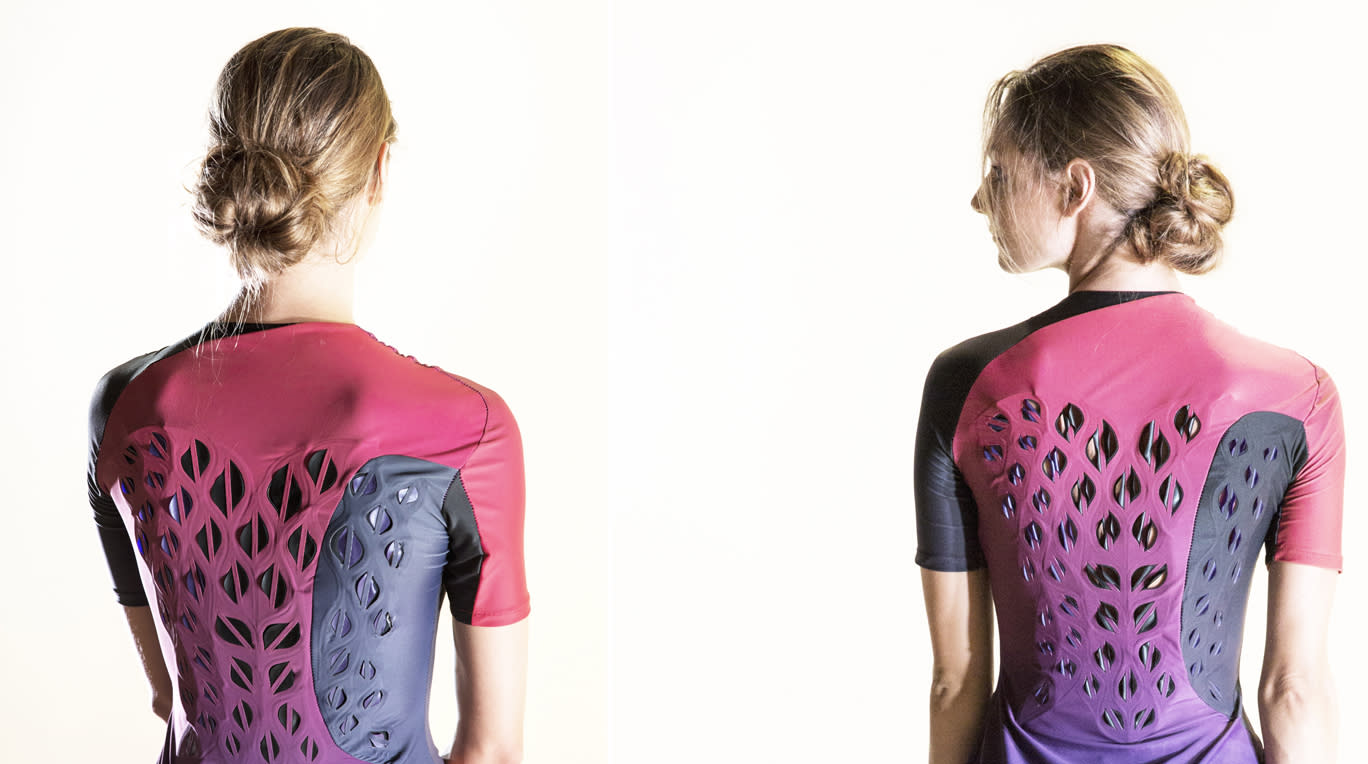 Fashion and tech are teaming up yet again. Engineers at MIT have designed a workout suit that responds to your body heat, according to a study published last week in Science Advances. The clothing, made from latex, is covered with thumbnail- to finger-sized ventilating flaps that open and close depending on how much heat your body puts out. But what's controlling the flaps isn't something you'll find weaved into your usual workout gear -- it's bacteria.

Bacteria and other biological cells can respond to humidity, expanding when it's high and shrinking as the air gets drier. The researchers found that microbial response to changes in humidity was strong enough to open pore-like holes in a running top, perfect for when athletes start to break a sweat.

During trials, the workout suit's flaps began to open around five minutes into a workout session, removing sweat from the body and lowering skin temperature right around the time the wearers said they began to feel hot. The placement of the ventilating flaps were designed using heat and sweat maps of the body so that bigger flaps were placed where the body releases the most heat.

And while you may find yourself worrying about wearing living fabric, you don't have to worry about the bacteria itself, which is harmless to humans whether it's on or inside the body.

The project, which was done with help from New Balance, also includes a shoe that would function in a similar way, removing sweat and cooling the bottom of the wearer's foot. Other ideas for this material include fluorescent bacteria that can light up when you exercise in the dark and odor-producing bacteria that can make you smell better post-workout. The researchers are now looking to team up with sportswear companies to bring their designs to market, but it's unclear when they'll be available for purchase.

In this article: applenews, athlete, bacteria, bioengineering, design, microbes, MIT, NewBalance, TL18MIT, tomorrow, wearables
All products recommended by Engadget are selected by our editorial team, independent of our parent company. Some of our stories include affiliate links. If you buy something through one of these links, we may earn an affiliate commission.