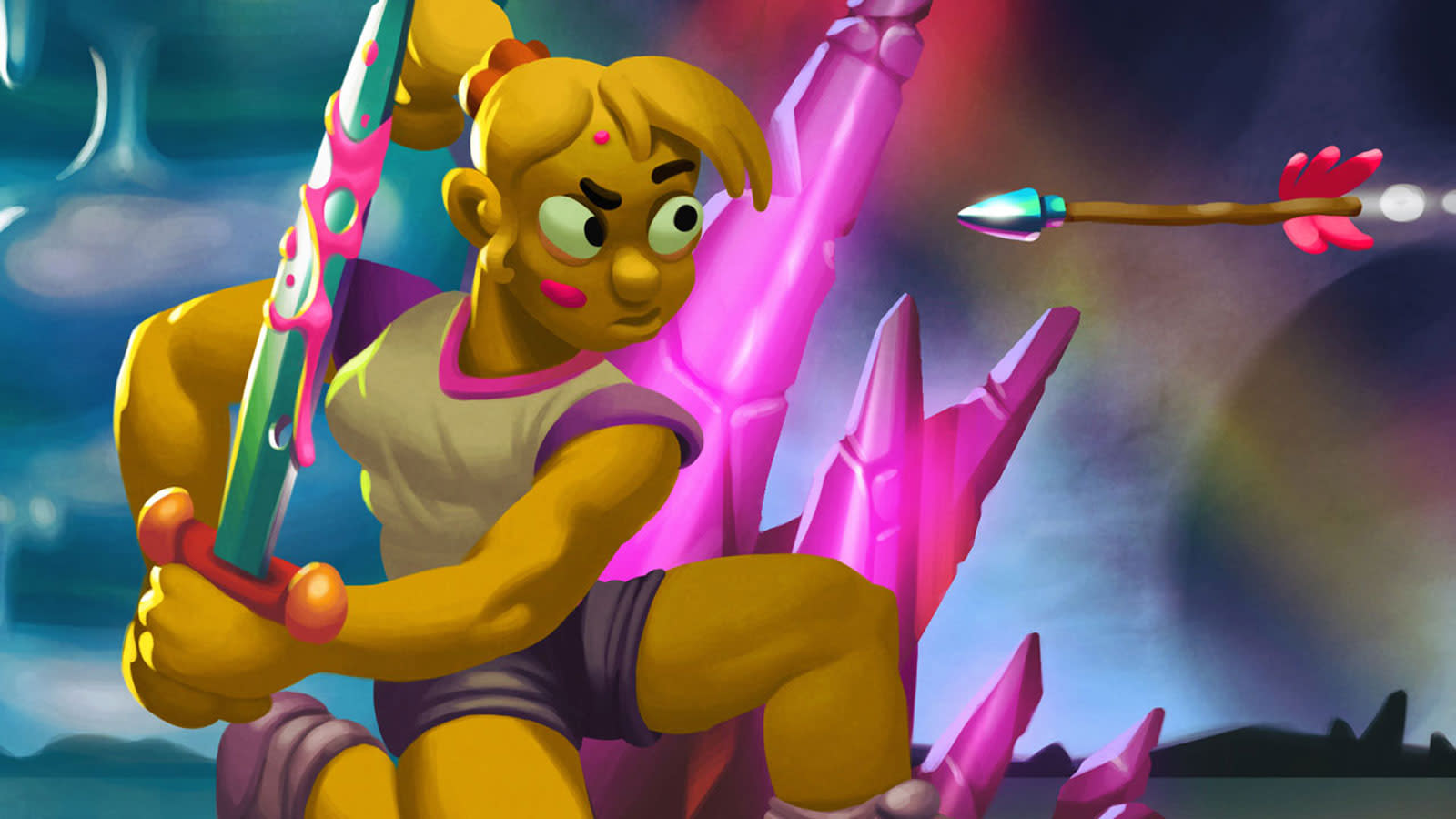 If you're a fan of in-person two-player games, there's a good chance you've heard of Nidhogg. Its frenetic swordfighting is easy to pick up, difficult to master and oozing with Atari 2600-style visual charm. There's only been so much you could do with its handful of levels and single-weapon gameplay, though, so it's a good thing that a sequel is right around the corner. Messhof has revealed that Nidhogg 2 will reach the PS4, Mac and PC on August 15th, with PS4 pre-orders starting on July 18th. The title preserves the core mechanics -- you're still trying to slash through (or around) an opponent and make it to a screen on the far end of the map -- but a lot has changed in the 3 years since the original.

The most obvious change, as you might have noticed, is the style. The studio decided to 'upgrade' to a 16-bit appearance for the sequel, so that means '90s-like vivid colors and bitmapped graphics that let you customize your character. Also, you have more than your sword to fight with: bows and daggers help you throw curveballs into your rival's strategy. There are ten arenas, to boot, so the game should stay fresh for that much longer. Nidhogg 2's look is polarizing (some have complained about the shift from a serious tone to silly), but the expanded gameplay might overcome any artistic quibbles.

In this article: av, gaming, messhof, nidhogg, nidhogg2, personal computing, personalcomputing, ps4, video
All products recommended by Engadget are selected by our editorial team, independent of our parent company. Some of our stories include affiliate links. If you buy something through one of these links, we may earn an affiliate commission.