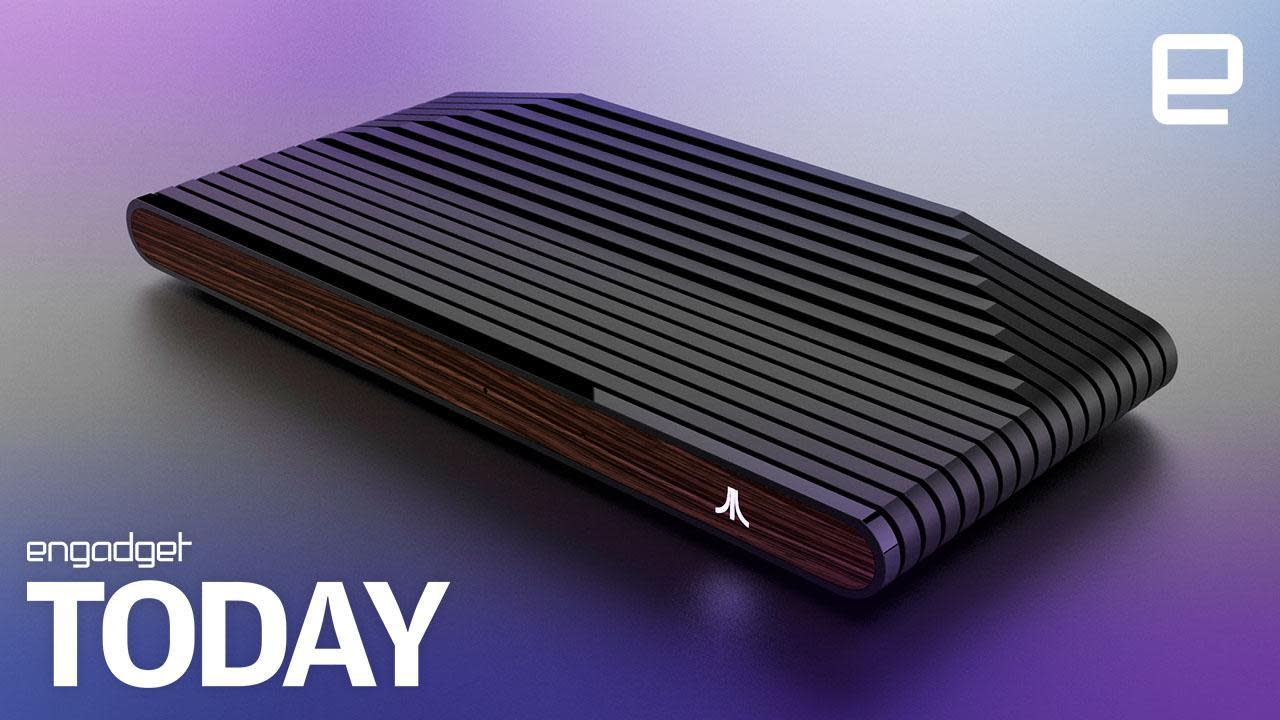 Just over a month since its announcement at E3, Atari is offering a proper look at its first new console in 20-plus years. In an email to fans, the company revealed that the Ataribox will come in two editions, both of which combine a recognizably retro aesthetic with contemporary design flourishes. As revealed in this teaser video, one version of the Ataribox draws its design cues from the brown wood found on the original Atari 2600. The other edition comes in red and black with a glass front panel. Both will feature ribbed lines that flow around the console's body and a raised back. A front-facing logo and four indicator lights complete the design. On the back you'll find an HDMI port, four USB sockets, and an SD card reader.

Although the company is keeping tight-lipped about the console's specs, it sounds like it will be more than just a NES Classic for the Atari set. The latest info has it that the Ataribox will boast a mix of classic and contemporary titles. Then again, it could do a lot worse than aping Nintendo's money-raking nostalgia cash-ins.

There's still no word on pricing, release dates or games -- things that might help drum up hype for the new hardware. Atari has a decent library of titles, too, stretching from arcade classic Centipede to this year's Rollercoaster Tycoon Touch. The company has also been tight-lipped on who, if anyone, it will work with in the wider development community.

Atari believes that keeping quiet is the best policy for now, however, saying that it wants to nail its first console in two decades. "We know you are hungry for more," the company sent in an email sent to customers. "We're not teasing you intentionally; we want to get this right, so we've opted to share things step by step." Atari fans are definitely a patient bunch, that's for sure.

In this article: aoloriginals, atari, Atari2600, Ataribox, av, console, dailyshow, Engadget, EngadgetToday, engadgetvideo, entertainment, gaming, video
All products recommended by Engadget are selected by our editorial team, independent of our parent company. Some of our stories include affiliate links. If you buy something through one of these links, we may earn an affiliate commission.