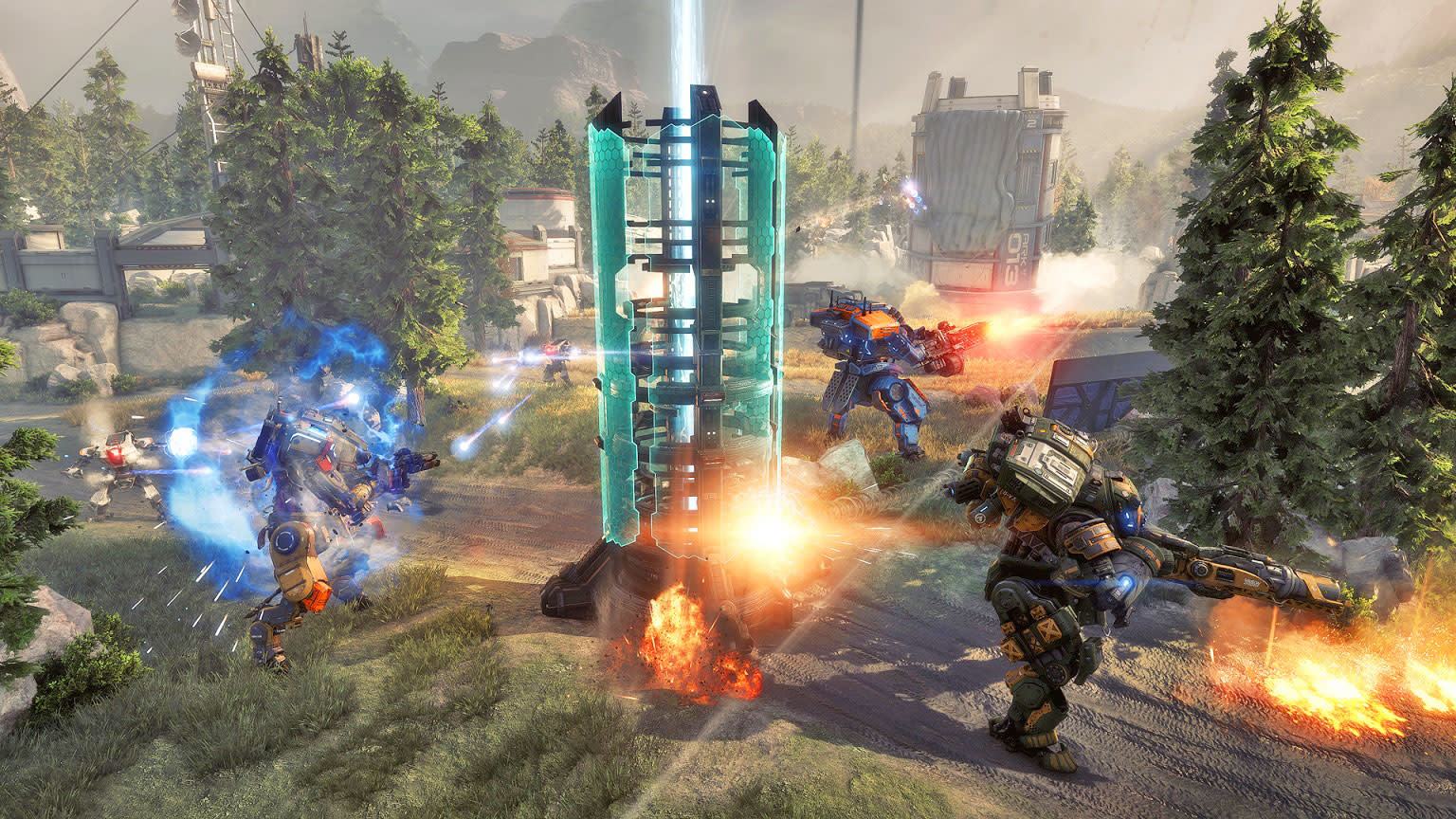 Titanfall 2 has kept the fires burning for its dedicated community by valiantly releasing small bumps of free content almost every month this year. While gratis DLC is always great, fans clamored for vertically-inclined maps like the original game had -- so the sequel's team revamped some to include in content packs. The latest DLC, available July 25th, will include another throwback from Titanfall 1: The long-rumored return of the popular co-op player-vs-AI Frontier Defense mode.

Like other horde modes, Frontier Defense spits successive waves of computer-controlled enemies at a team of players -- in this case, grunt troops and Titan mechs. While the original game's version gave players a few turrets to deploy between enemy batches, Titanfall 2's mode will include a host of traps and tools to fight off the masses of grunts, spectres and Titans. Plus, players get a new Titan upgrade progression system, Aegis Ranks, to tinker with -- but it applies only within Frontier Defense.

The new mode is playable on five maps to start, including Rise, a revamp from the first game. Titanfall 2's cramped PvP mode Live Fire gets a new map as well: Township. The game's also including new elite warpaints for player firearms and Titan skins that cosmetically upgrade as you complete higher difficulties of Frontier Defense. But best of all for those of you who still haven't given Titanfall 2 a shot: The game is giving you a free weekend from July 28th until July 30th after the DLC drops to try the game on for size.

In this article: av, co-op, dlc, frontierdefense, gaming, hordemode, Titanfall, titanfall2
All products recommended by Engadget are selected by our editorial team, independent of our parent company. Some of our stories include affiliate links. If you buy something through one of these links, we may earn an affiliate commission.