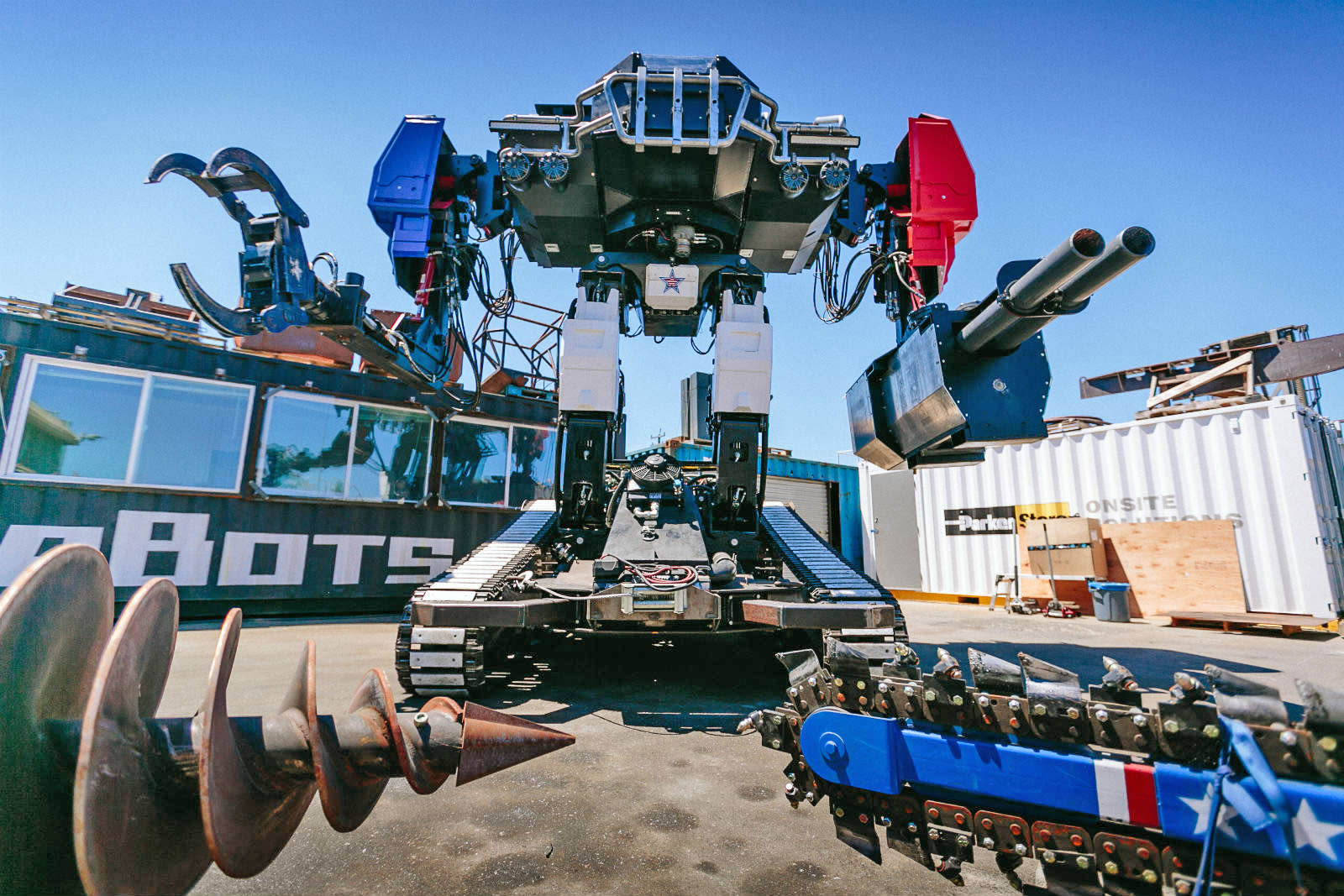 Over two years since it announced its robot battle, MegaBots is testing out the fighting machine it will take to the mechanical blitz. Its latest vid sees it pilot the 12-ton behemoth around an obstacle course. The MK3-class "Eagle Prime," which looks more like ED-209 than an Autobot, is put through its paces in the clip. You can watch as it uses its grappling claws to open doors, drives through walls, fires and reloads its paintball cannon, and tears another robot a new one. Judging by the vid, Eagle Prime handles pretty well for a 16-foot beast. The 430-horsepower combat mech stands atop a custom tank tread, allowing it to manoeuvre around corners. Since its public unveiling in May, the MegaBots team have also given it a brand-new reloading air cannon.

Eagle Prime will represent Team USA in the "Giant Robot Duel" against "Kuratas" (a 13-foot combat mech from Japanese company Suidobashi Heavy Industries). The Real Steel-style matchup was due to take place this month, but is again being pushed back, this time to September. MegaBots claims the delay is down to "logistical issues." Although the event is not open to the public, fans can catch the action on YouTube and Facebook.

In this article: av, entertainment, robots
All products recommended by Engadget are selected by our editorial team, independent of our parent company. Some of our stories include affiliate links. If you buy something through one of these links, we may earn an affiliate commission.