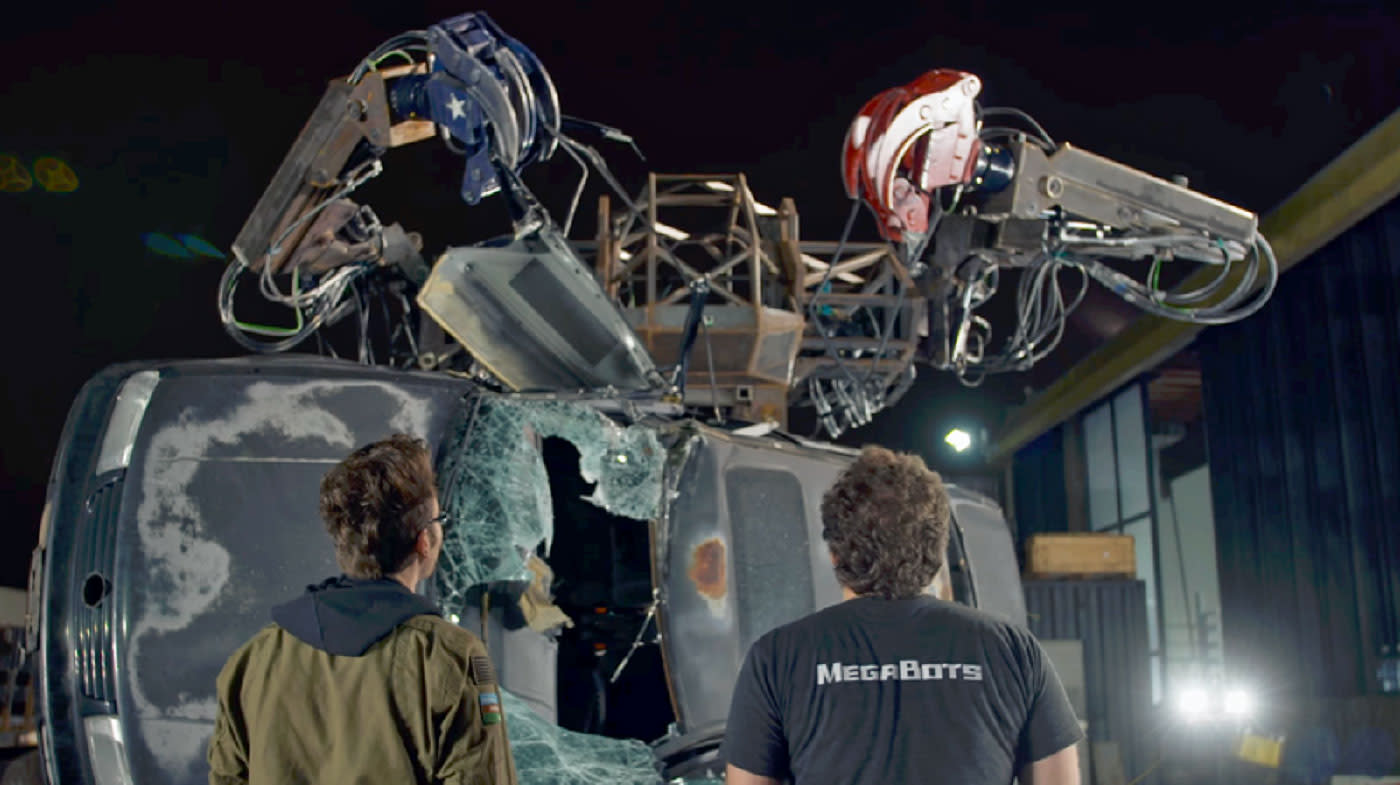 Who's ready for a robot rumble? Back in 2015, we told you about MegaBots, a team of American engineers building a piloted combat robot to battle Kuratas, a 13-foot mech built by Japanese company Suidobashi Heavy Industries. Two years later, it looks like the big fight is finally happening. The Giant Robot Duel will take place this August, MegaBots today announced.

MegaBots' creation, the Mk. III, is 16-feet tall and weighs 12 tons. The company has steadily worked on it for the past two years, documenting its progress on its YouTube channel. But, it's only been seen in pieces so far. The fully assembled robot will be unveiled in an upcoming video.

There's no word yet on exactly when the big event will take place. MegaBots said that the original duel suffered a significant scheduling delay after the venue fell through, which is why the new location is a secret. Fans will learn more about the robots and their fight in the next few months, and they'll have the chance to see the completed Mk. III in the San Francisco Bay Area in May. Then, they can watch the big fight on MegaBots' and Suidobashi's YouTube and Facebook channels.

In this article: culture, GiantRobotDuel, kuratas, MegaBots, MkIii, robots, Suidobashi, SuidobashiHeavyIndustries
All products recommended by Engadget are selected by our editorial team, independent of our parent company. Some of our stories include affiliate links. If you buy something through one of these links, we may earn an affiliate commission.