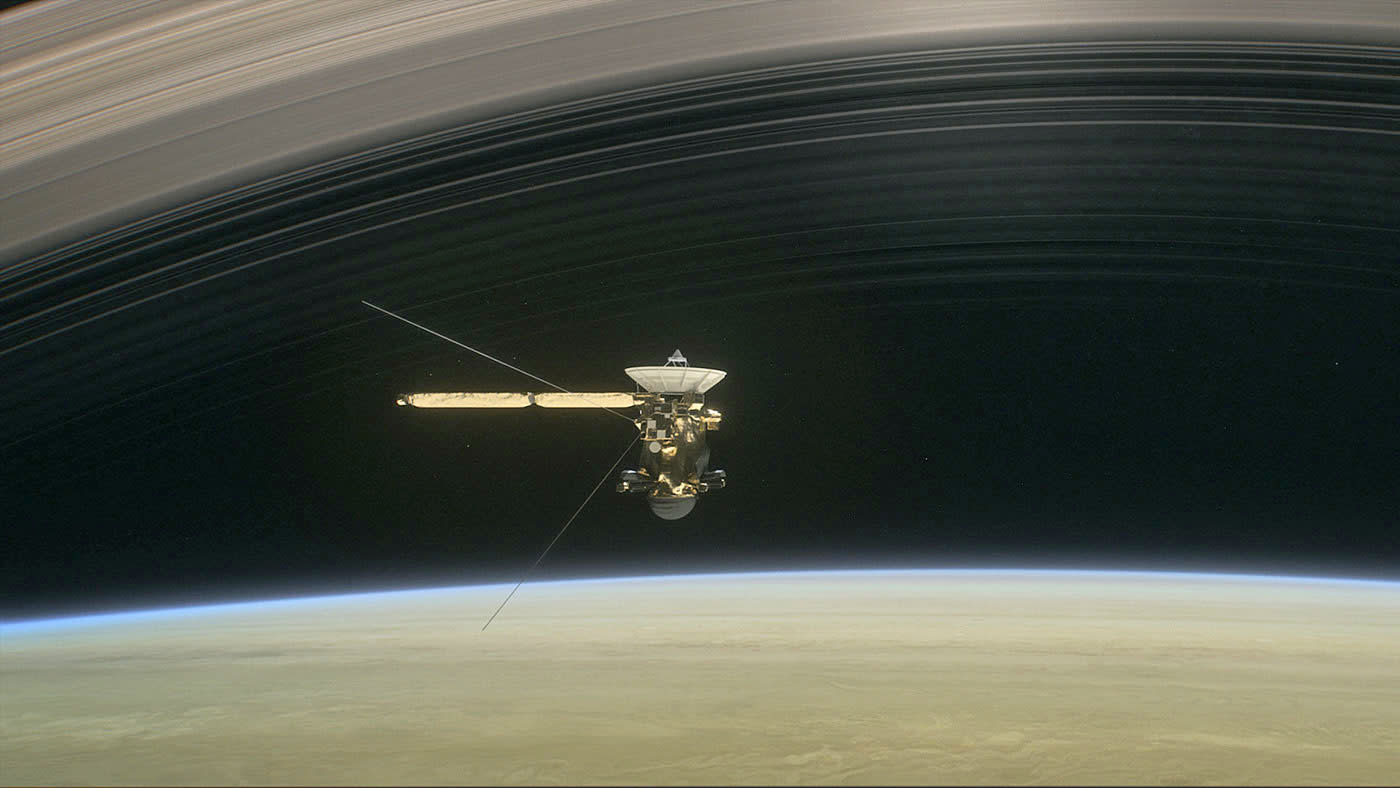 Over the past few months, Cassini took the closest pictures of Saturn's rings we've ever seen that it was pretty easy to forget that the probe was nearing its end. It actually dove in and out of the rings to prepare for its poetic death, and now it's down to its last orbits around the planet. On August 14th, 12:22 AM Eastern, Cassini will begin its final five passes over Saturn, going as close as 1,010 to 1,060 miles above the planet's clouds to observe its auroras and finer features not visible from a higher altitude.

While that's still far away from the planet's surface, NASA expects the atmosphere there to be dense enough to require the use of the probe's mini-rocket thrusters. Cassini's ground team believe they can last the whole five passes, since they have experience navigating that kind of atmosphere from the probe's close flybys of Titan. In case the atmosphere turns out denser than they expect, though, they'll raise the probe's altitude a bit to be safe.

During its final pass on September 11th, the probe will go near enough Titan for the moon's gravity to slow down its orbit, bending its path and marking the beginning of its final days. Despite everything Cassini has done to enrich our knowledge of the second largest planet in our solar system, it's running low on the rocket fuel used to adjust its course. Sending it plunging into Saturn on September 15th while all its instruments are working is better than leaving it in the vicinity to potentially complicate future missions. That means we can expect more images and data from the probe in the future -- even after it's done breaking up like a meteor on the planet's surface.

In this article: cassini, gear, saturn, space, TL17CASS
All products recommended by Engadget are selected by our editorial team, independent of our parent company. Some of our stories include affiliate links. If you buy something through one of these links, we may earn an affiliate commission.