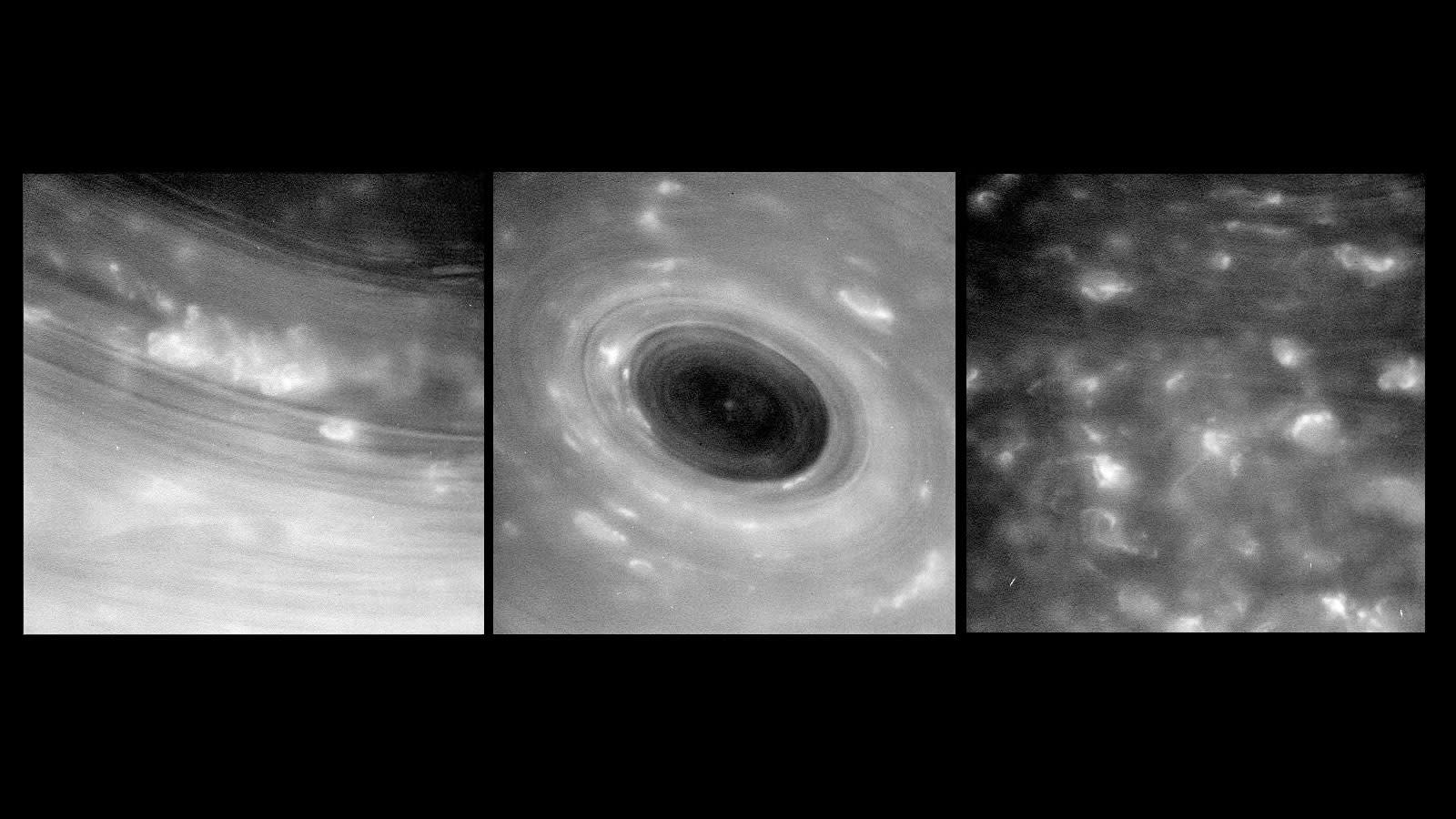 NASA's Cassini probe has emerged unscathed after its first dive between Saturn and its rings. The spacecraft's ground team had to spend 20 hours wondering whether the probe was doing well or whether it plunged to its death a few months too early. Thankfully, it got back in contact with NASA at 2:56AM EDT today, April 27th. By 3:01 AM, it started beaming back precious data about the planet's atmosphere, including the unprocessed images of Saturn's features above.

The probe flew 1,900 miles above the gas giant's clouds and around 200 miles away from the innermost rings, a region that has never been explored before. NASA wasn't even 100 percent sure whether the ring's particles in the region could hurt the spacecraft enough to cause its premature death. Since it was going to travel at speeds reaching 77,000 mph, the team chose to be careful and used Cassini's dish-shaped antenna as a shield to protect it. They had to turn the antenna away from the Earth to do that, so it couldn't beam back data until the probe was out of the 1,500-mile-wide gap.

"No spacecraft has ever been this close to Saturn before. We could only rely on predictions, based on our experience with Saturn's other rings, of what we thought this gap between the rings and Saturn would be like. I am delighted to report that Cassini shot through the gap just as we planned and has come out the other side in excellent shape."

Before the Cassini probe plunges into Saturn's atmosphere on September 15th, it will perform the same dive 21 more times in the next few months. It's on a mission to gather as much data as possible, though the info it sends back from the first one will help NASA ensure it can survive until it's time for the probe to say goodbye.

We did it! Cassini is in contact with Earth and sending back data after a successful dive through the gap between Saturn and its rings. pic.twitter.com/cej1yO7T6a

In this article: applenews, cassini, nasa, probe, saturn, space, TL17CASS
All products recommended by Engadget are selected by our editorial team, independent of our parent company. Some of our stories include affiliate links. If you buy something through one of these links, we may earn an affiliate commission.