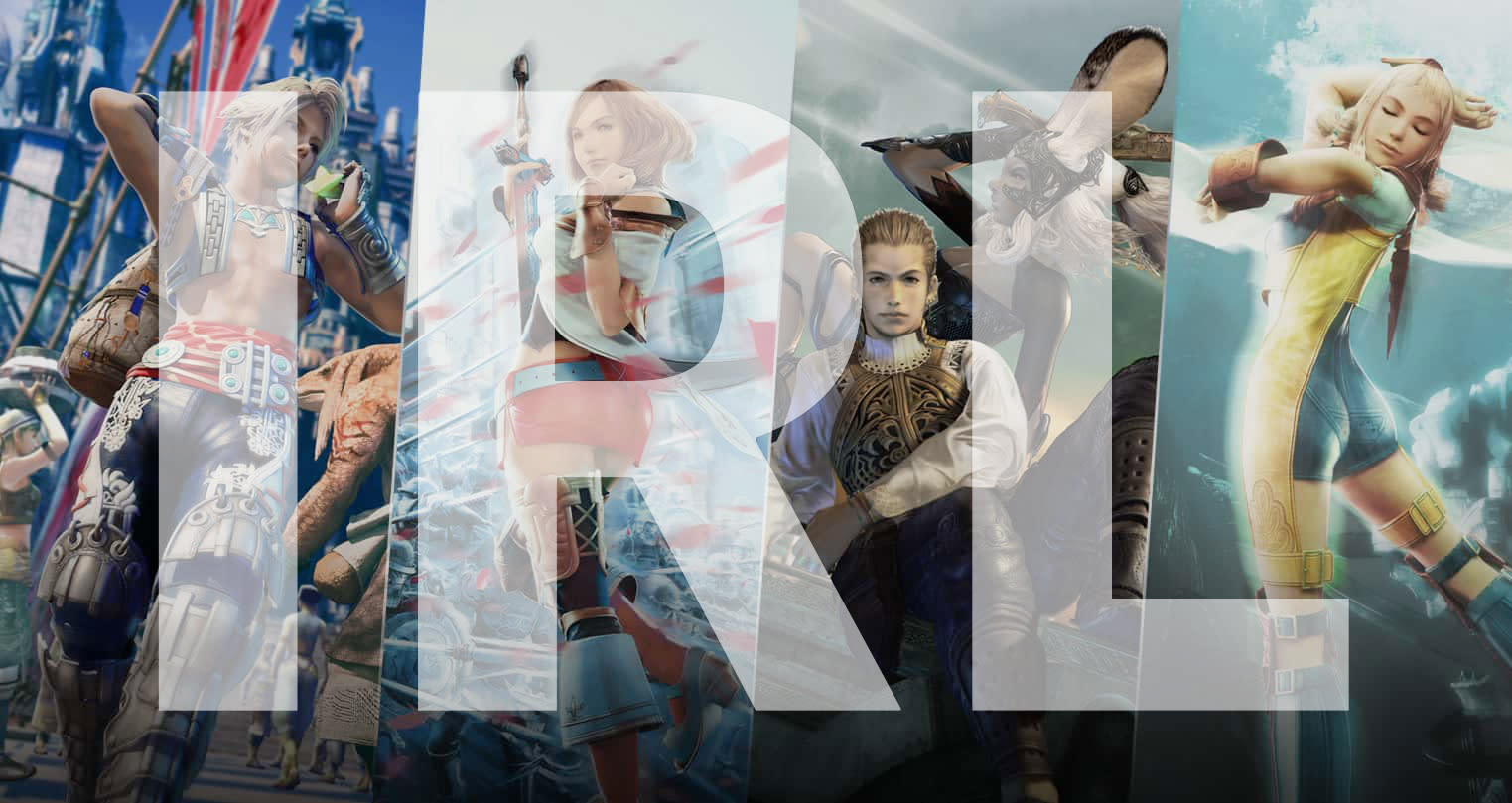 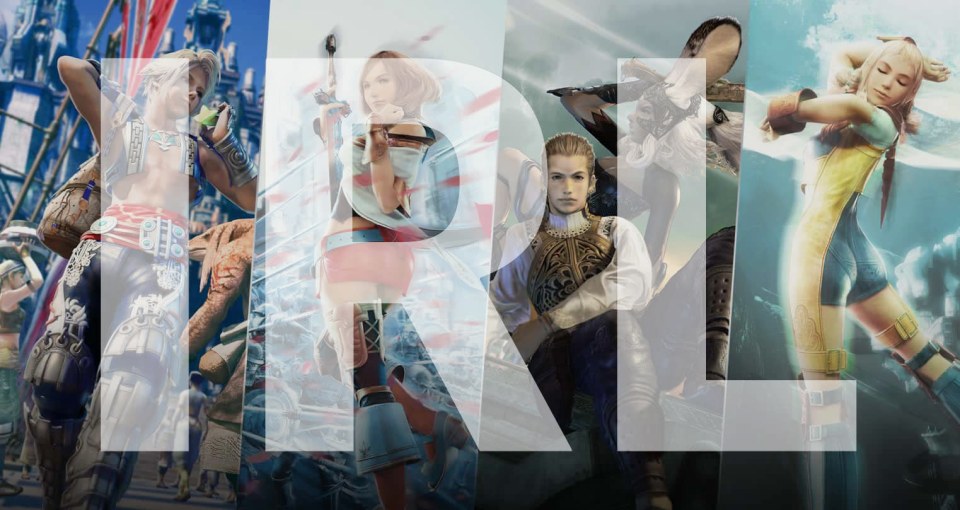 Welcome back to Gaming IRL, a monthly segment where several editors talk about what they've been playing in their downtime. This month, we've enjoyed (to varying degrees) two flavors of Final Fantasy, explored Fullbright's new game, Tacoma, and lost ourselves in a "button-tapping mash-up between an idle-clicker and a text adventure." To open proceedings, UK Bureau Chief Mat Smith talks about how, when it comes to Final Fantasy XII, third time's a charm.

My Final Fantasy completion list (barring those pesky online ones, pschh) had one glaring omission: the (ironically rather MMORPG-styled) Final Fantasy XII. Now that it's arrived on PS4, I got another chance to strike that iteration off the list -- and as they say, third time's the charm. Yep, I first bought the game at launch for PS2, but I barely inched through it, busy wrapping up university and preparing for a move to Japan. This meant that the lengthy fantasy space opera RPGs had to wait. I already noticed that it had a different allure from other Final Fantasy titles. A few hours of playing the game had revealed interesting (for once) protagonists, mysteries to be solved, and a world that seemed big -- ready to be explored. Unfortunately, I wasn't ready.

The second time, I picked up the 2007 International edition for my Japanese PS2 at launch -- such enthusiasm! I got roughly halfway through, combining my nascent kanji-reading skills with English dialogue, but came unstuck by a section that involved matching NPC conversations together. I wasn't willing to let the internet do the work for me, so, again, I paused.

In 2017, ten years since that edition, I now got to play a more polished version that showcases the game at its best: high-resolution textures and character models that were already highly detailed back in 2006, as well as a revamped soundtrack with some live instrumentation massaged into the previously all-digital score.

It's the characters and the voice acting that stand the test of time. I'd argue they're better than what we got with FFXV (another divisive entry), and just so delightfully otherworldly. There are chunks of Shakespeare, elvish-nordic intonation to everything the bunnywomen Viera clanswomen say, pissed-off princesses and so much more. The phrasing, the delivery, everything works so very well -- so well that only a handful of contemporary games can match it even now.

Battles are dealt with using the gambit system, which is a huge change from the timer gauges that I became used to on PS1 RPGs. Gambits are little programmable nuggets that tell your party members (both the one you're in control of and the rest) what to do. Weak to fire? Fire spells, please. Dead ally? Throw a phoenix down in their direction. With time (and more slots unlocked as you progress), it grows into a rich, customizable system that allows your party to fight for itself, largely, as you make tweaks for bosses and toggle your gambits to suit each situation.

The system allowed me to build my characters in an educated way, and cut a swath through the game. I still haven't finished it (busy month, OK?), but I've gone about 20 hours beyond my last attempt, picking off side quests and hitting up in-game distractions on the way. Once it's done, I'll be back on track with Final Fantasy. Or at least, I will after I work my way through some of that multiplayer Final Fantasy XV. Tacoma won me over almost immediately. The game starts off in a tiny shuttle, with an adorable AI chattering along as you dock onto the abandoned Tacoma space station. We don't know why the crew disappeared; your job is just to find the ship's AI and bring it to your employer. That's all pretty typical for a sci-fi game today -- but then you have to interact with the ship's computer. Instead of typing something onto a keyboard or touchpad, your character, Amy, inputs letters using American Sign Language (ASL). It's a small moment that takes only a few seconds, but it blew me away with its elegance.

ASL isn't something you typically see as an input method in science fiction, and yet it seems to fit perfectly. It's the sort of thoughtful touch we've come to expect from Fullbright, the studio that wowed us with Gone Home back in 2013.

Tacoma evolves the concept of exploration-driven narrative that we saw in Gone Home in some unique ways. In addition to rummaging through their rooms and offices, you can also watch augmented reality recordings of the crew, who are all represented with simplistic polygonal models. It's almost like viewing their digital ghosts. Since they typically involve several people, you'll have to get used to rewinding the AR footage and following different characters around the ship.

This process might sound frustrating, but I found it endlessly engrossing. It helps to humanize the crew in new ways: You can hear intimate conversations between couples, or moments of quiet desperation when the crew starts to run out of air. Those conversations also give us a glimpse at the world outside the space station, where AI is getting more powerful than ever, and workers unite to fight back against soulless corporations (what else is new, right?).

Tacoma, ultimately, is full of short, memorable moments. It could be longer, and it never quite reaches the dramatic heights of Gone Home. But it's yet another solid attempt by Fullbright at exploring the narrative potential for games. Amirali Rajan's mobile game A Dark Room begins with an homage to a common text adventure trope. You wake up in the dark with a headache and blurry vision. The room you're in is cold, and the fire is dead. The only thing you can do is light that fire. With this single tap, you're drawn into the mystery.

A Dark Room itself is a button-tapping mashup between an idle-clicker and a text adventure. Instead of typing in commands, you tap on them: gather wood, bait traps, build huts. A wandering builder comes to your fire, offering her services to make more things, like a cart, more traps, or another hut. Each new living space brings more villagers, and you'll build up an impressive bunch of workers who will automatically gather wood, hunt and bait animal traps and (eventually) mine iron, coal and steel. You'll need to keep them all supplied with resources, which is where the crafting comes in: Supply the builder with wood, leather, fur and other basics to craft items, which in turn can be used to supply workers or craft more complicated things, like weapons and caravans.

As your village gets larger, you'll get to travel outside of it, encountering the post-apocalyptic wasteland represented on an ASCII character map. You'll encounter crazed survivors and immense beasts, so you'll want to carry some weapons and armor with you. Through it all, the game reveals its mystery with special text messages about the unknown builder's past and her strange reluctance to supply you with more items. The constant need to gather wood and check traps, as well as manage the village's workload and explore the world outside of my always growing town, keeps me coming back to A Dark Room again and again. While the initial loop is intriguing and fun, managing the larger sets of variables later in the game gets pretty complicated, making for much deeper gameplay than you'll typically find in a mobile title. I never planned on playing Final Fantasy XV. After a decade of disappointing sequels and spin-offs, I'd written the franchise off. Then a surprise Christmas gift beckoned me to revisit the franchise, and I found myself obsessed with the game's lush open world, uncharacteristically active battle system and bizarre product tie-ins. I fell in love with its characters too -- a cast of four best friends on an epic road trip to save the world. It was an experience that left me wanting more, and I spent months looking forward to DLC that promised to show me character-focused vignettes that had been left out of the main story.

Then a terrible, wonderful thing happened: The Nintendo Switch came out. Between The Legend of Zelda: Breath of the Wild, Mario Kart 8 and Arms, the new console dominated my free time. It wasn't until recently that I got back to Final Fantasy XV's two released DLC packs -- Episode Gladiolus and Prompto. I have mixed feelings.

Both DLC chapters fill in parts of the story that were left out of the main game. We learn why Gladiolus came back to the party with a new scar, and a little about where Prompto was in the final chapters of the story -- but neither of these characters was directly playable in the core game. It makes the DLC packs interesting, because they not only give you control over a new character, but change Final Fantasy's gameplay mechanics to better suit that character's personality. Prompto's adventure took this idea to an extreme. Not only does the short episode explain more about the photographer/gunman's extremely vague backstory, but it completely changes the style of the game from a fast-paced action RPG to a pseudo third-person shooter.

The new gameplay style was a fun challenge, and I loved being able to spend more time with one of my favorite characters -- but so far, Final Fantasy XV's DLC has left me wanting. It just doesn't answer enough questions, particularly when it comes to Prompto. The core game leaves gaping questions about the character, both when he leaves your party and when he returns -- and his downloadable adventure just barely answers half of them.

I don't regret playing the Final Fantasy XV DLC. I just wish it did a little more.

In this article: adarkroom, av, finalfantasy, gaming, gamingirl, microsoft, newirl, sony, tacoma, thebuyersguide
All products recommended by Engadget are selected by our editorial team, independent of our parent company. Some of our stories include affiliate links. If you buy something through one of these links, we may earn an affiliate commission.