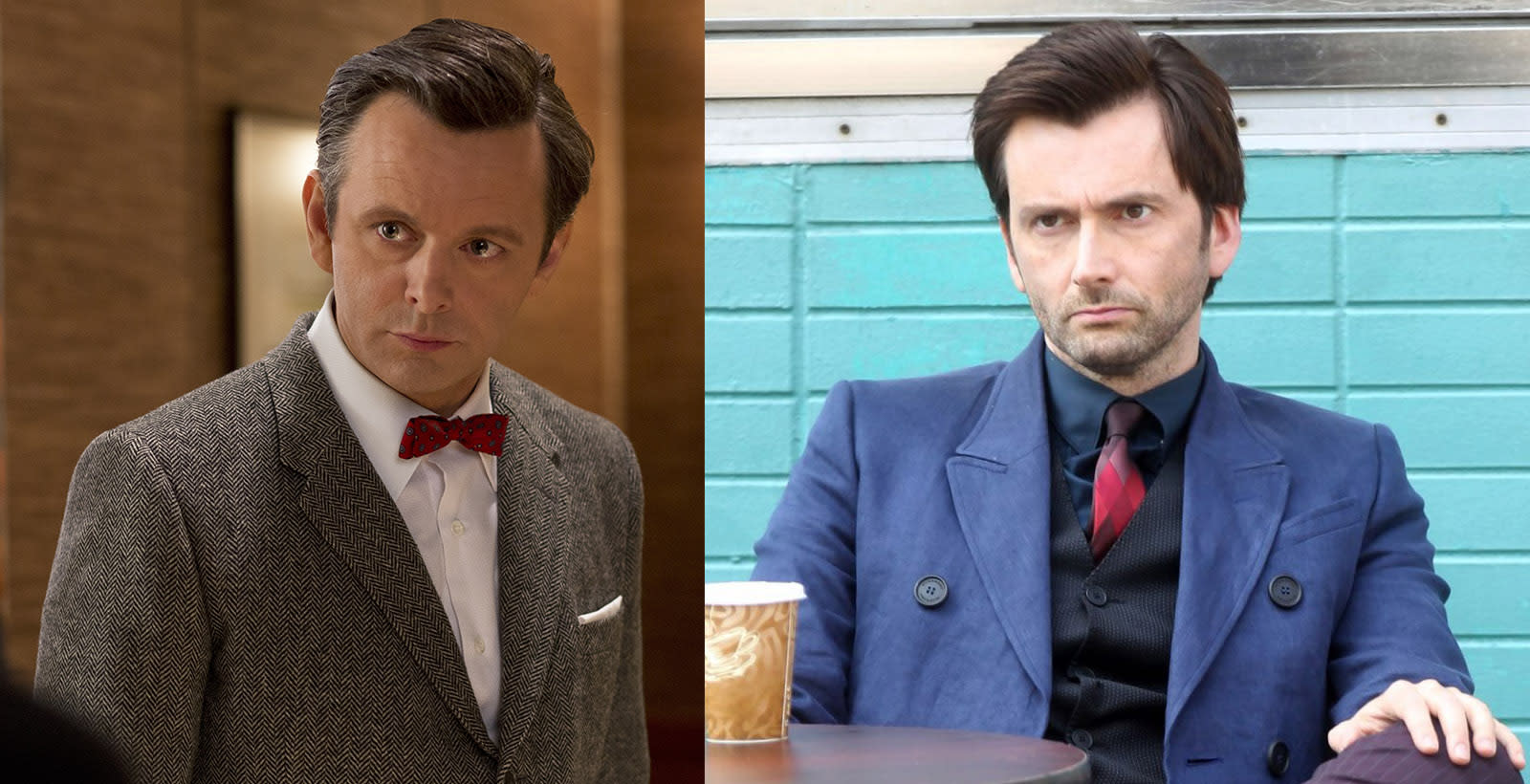 Good Omens, Amazon's upcoming six-part mini-series based on Neil Gaiman and Terry Pratchett's novel of the same name, will star Michael Sheen and David Tennant, Variety reports. The new show comes on the heels of the successful first season of American Gods, a series adapted from Gaiman's novel of the same name. For the new miniseries, however, Gaiman will also act as showrunner.

Good Omens is about the angel Aziraphale, Heaven's representative on Earth (played by Sheen) and Crowley, Hell's demonic Earth liaison (Tennant). Final Judgement is coming via an apocalyptic war, but neither wants to give up their cushy lives, so they both agree to keep an eye on the Antichrist, who they think is the son of an American diplomat.

Sheen is a fan of the novel. "I first read Good Omens as a teenager and it's been one of my favorite stories ever since," Sheen told Variety. "To work alongside Neil, who I think is one of the greatest storytellers of all time, is incredibly exciting. And, just like the rest of the world, I'm a huge fan of David's so I relish trying to save it with him."

To work alongside Neil, who I think is one of the greatest storytellers of all time, is incredibly exciting. And, just like the rest of the world, I'm a huge fan of David's so I relish trying to save it with him.

The premise is a lot of fun, and the best-selling novel should bring a large fan-base to watch it on Amazon. American Gods already streams through Prime in Europe and is available with the Starz add-on in the US. Both Sheen and Tennant are veterans of streaming and prestige TV, with Sheen having played Dr. William Masters in Masters of Sex on Showtime, and Tennant the villain Kilgrave on Netflix's Jessica Jones. Sheen has mostly worked in film (Frost/Nixon, Passengers, Underworld) while Tennant is best known for playing Doctor Who for three seasons and eight specials.

Gaiman's American Gods was renewed for a second season after strong reviews for the first, which achieved 94 percent on Rotten Tomatoes (Amazon doesn't give audience numbers). Gaiman co-wrote Good Omens with Terry Pratchett, who died in 2015, and the mini-series will be produced in part by his daughter, Rhianna Pratchett, via her production studio Narrativia, along with the BBC. Gaiman will reportedly serve as the sole writer and showrunner.

Update: This post has been updated to clarify that Gaiman's American Gods series wasn't a collaboration with Amazon. The show does stream on Prime in Europe without the extra Starz subscription through Channels. However, his Good Omens miniseries will be an Amazon original.

In this article: amazon, AmazonVideo, av, DavidTennant, entertainment, GoodOmens, MichaelSheen, Mini-series, NeilGaiman, TerryPratchett
All products recommended by Engadget are selected by our editorial team, independent of our parent company. Some of our stories include affiliate links. If you buy something through one of these links, we may earn an affiliate commission.