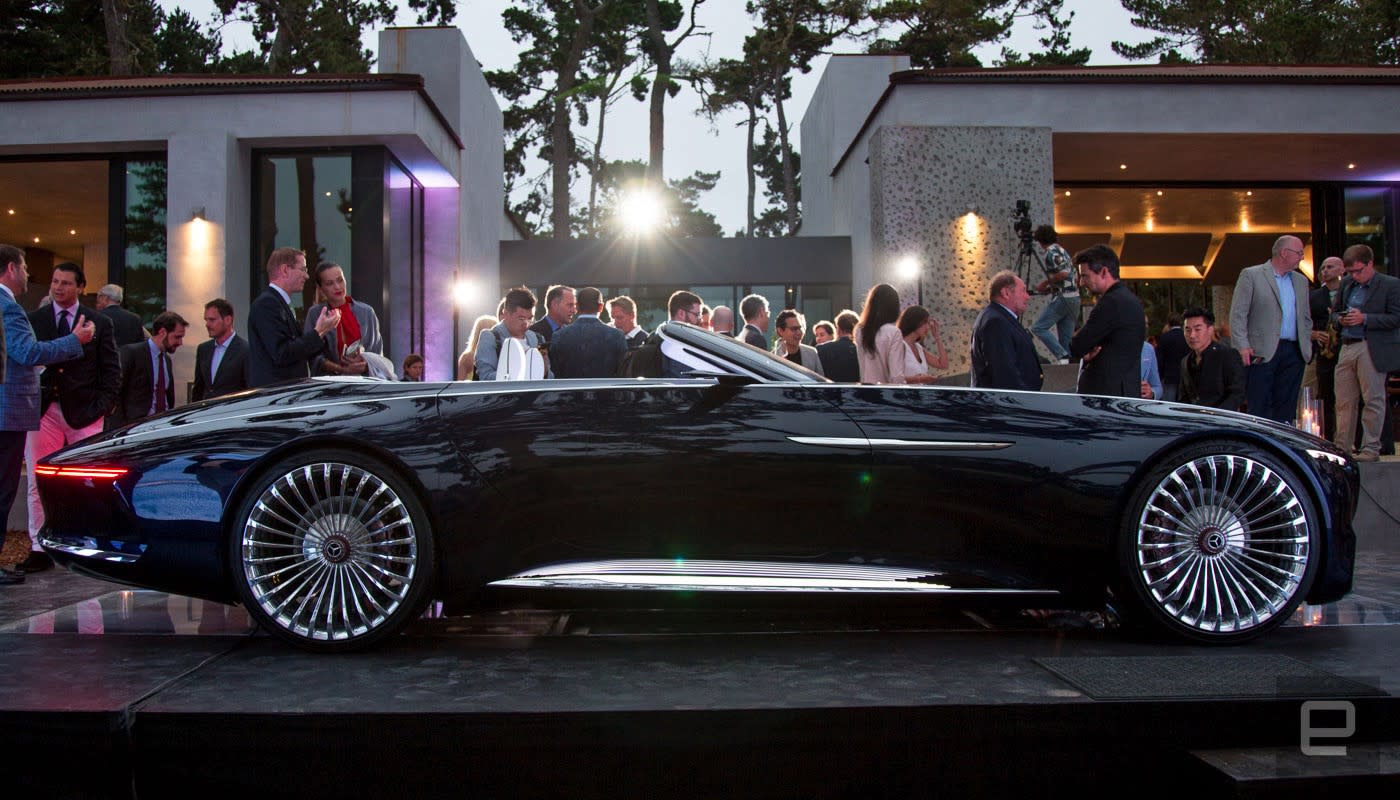 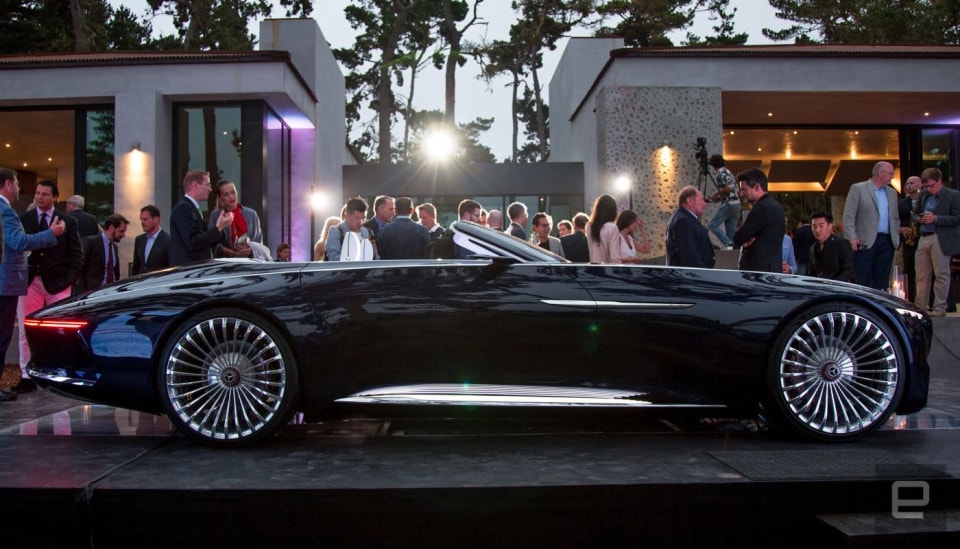 Luxury vehicles from the 1930s were nearly aircraft carrier-long. It was the art deco era dominated by seemingly never ending clean lines. So it's no surprise that the Vision Mercedes-Maybach 6 Cabriolet is over six meters long (about 20 feet) and has a single line that runs the length of the vehicle. Hell, the back the car is inspired by yachts and called a "boat tail." In other words, it's going impossible to find parking for it. Of course if you're the owner of a Mercedes-Maybach vehicle you're probably going to be getting it valet parked everywhere you go anyways. The automaker's ultimate luxury brand is known for big powerful cars that cost a pretty penny. The Vision 6 -- if it ever makes it to market -- will no doubt be any different. And like other cars in the line, it'll be powerful. But instead of gas, it'll use electrons to push its girth down the road.

The all-wheel drive cabriolet has four compact permanent magnet synchronous electric motors pumping out 750 horsepower. It'll do zero to 60 in under four seconds and has a top speed governed at 155 miles per hour. The flat battery pack stationed at the base of the vehicle will keep the gigantic -- and fast -- car on the road for 200 miles according to Mercedes. Plus thanks to DC fast charging, Mercedes says the Vision can be charged to go up to 60 miles in five minutes.

While the exterior of the car is from the time of Al Capone, the interior is futuristic in most regards. The Vision 6 extends the dash design found in the Mercedes EQ SUV. Like that concept car, it'll intelligently share information with the driver and passenger based on location, time of day and upcoming events. The controls are entirely touchscreen, which is expected. What's unexpected is the visible pulsing blue wires at the front of the cab that are used to display the energy usage of the car.

There is one area that's a throwback to the past and that's the cluster in front of the driver. The gauges are based on wind turbines a common design element used in Art Deco. Surprisingly they fit well in the futuristic interior of the car.

Yet, like most concept cars, it's unlikely the Vision 6 will ever make it to production in its current form. Still it could be the basis for the design of future cars. So if you're a fan of huge convertibles and your bank account runneth over, keep an eye on the Maybach lineup for the next few years.

In this article: art, cabriolet, convertible, design, electriccar, EV, gadgetry, gadgets, gear, green, maybach, Mercedes, mercedesbenz, mercedesbenzmaybach, tomorrow, transportation, vision6
All products recommended by Engadget are selected by our editorial team, independent of our parent company. Some of our stories include affiliate links. If you buy something through one of these links, we may earn an affiliate commission.