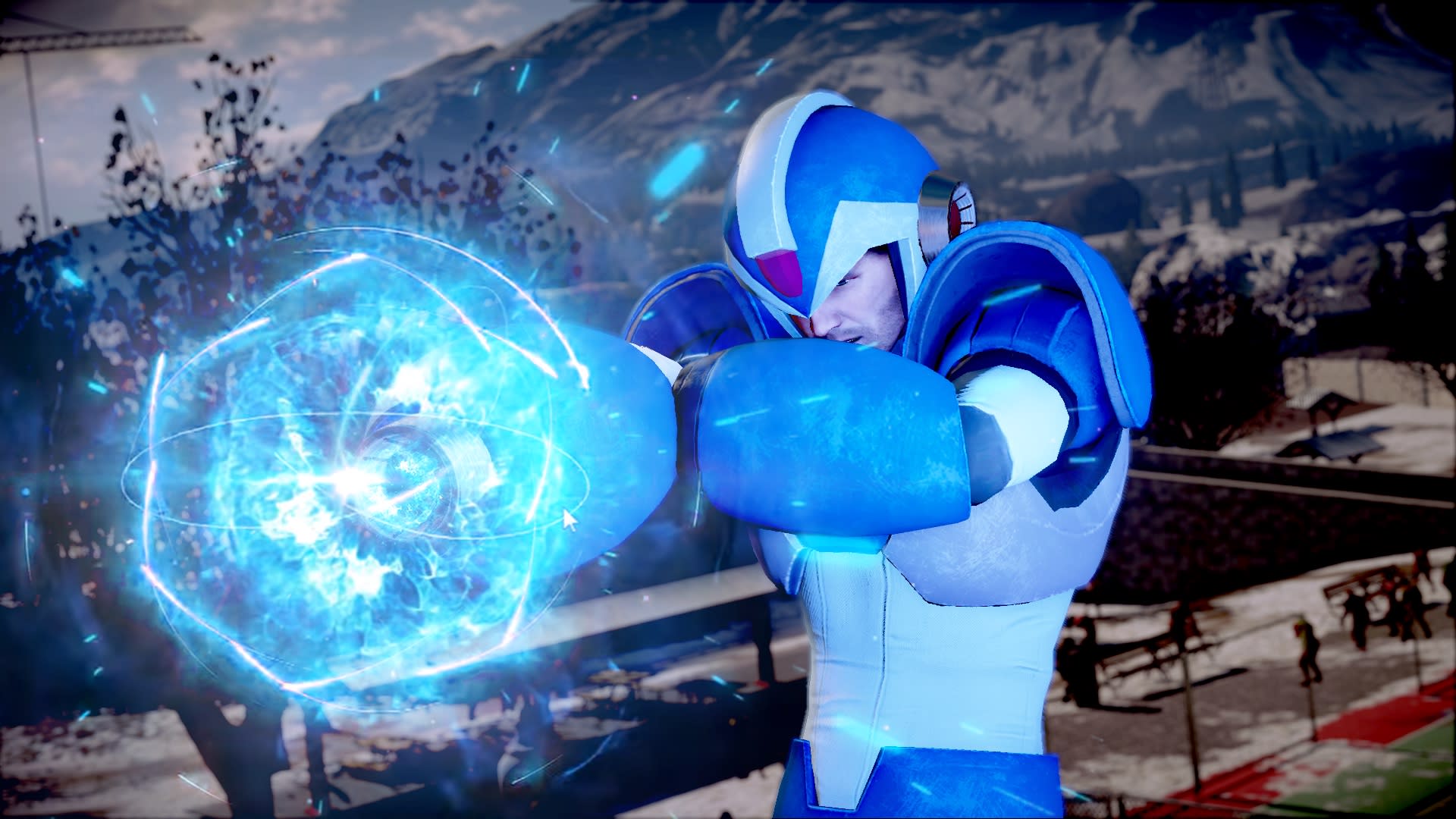 Patience is paying off for Dead Rising fans on PlayStation 4. Last year's (formerly) Xbox One exclusive Dead Rising 4 is making its way to the PS4 with a few extras in Dead Rising 4: Frank's Big Package. Yup, Capcom's marketing department thought that name was a good idea. Anywho, the "complete" edition has a couple of noteworthy additions. Specifically? Capcom Heroes, which lets you play dress-up as over a dozen different characters from the developer's history and even wield special attacks themed to those costumes. The Mega Man getup grants an arm-mounted laser cannon. So no, this won't just be superficial stuff like S.T.A.R.S. uniforms from Resident Evil or Chun-Li's trademark garb from Street Fighter. There's even a Ghost Trick outfit.

In addition to that, you'll get all of the add-on packs that've been released since last December (including Super Ultra Dead Rising 4 Mini Golf). The game will set you back $49.99 come December 5th and folks who own the game on Xbox or Steam will get Capcom Hero mode as part of a free update.

In this article: av, deadrising, deadrising4, deadrising4franksbigpackage, gaming, playstation, playstation4, ps4, steam, windows10, xbox, xboxone
All products recommended by Engadget are selected by our editorial team, independent of our parent company. Some of our stories include affiliate links. If you buy something through one of these links, we may earn an affiliate commission.