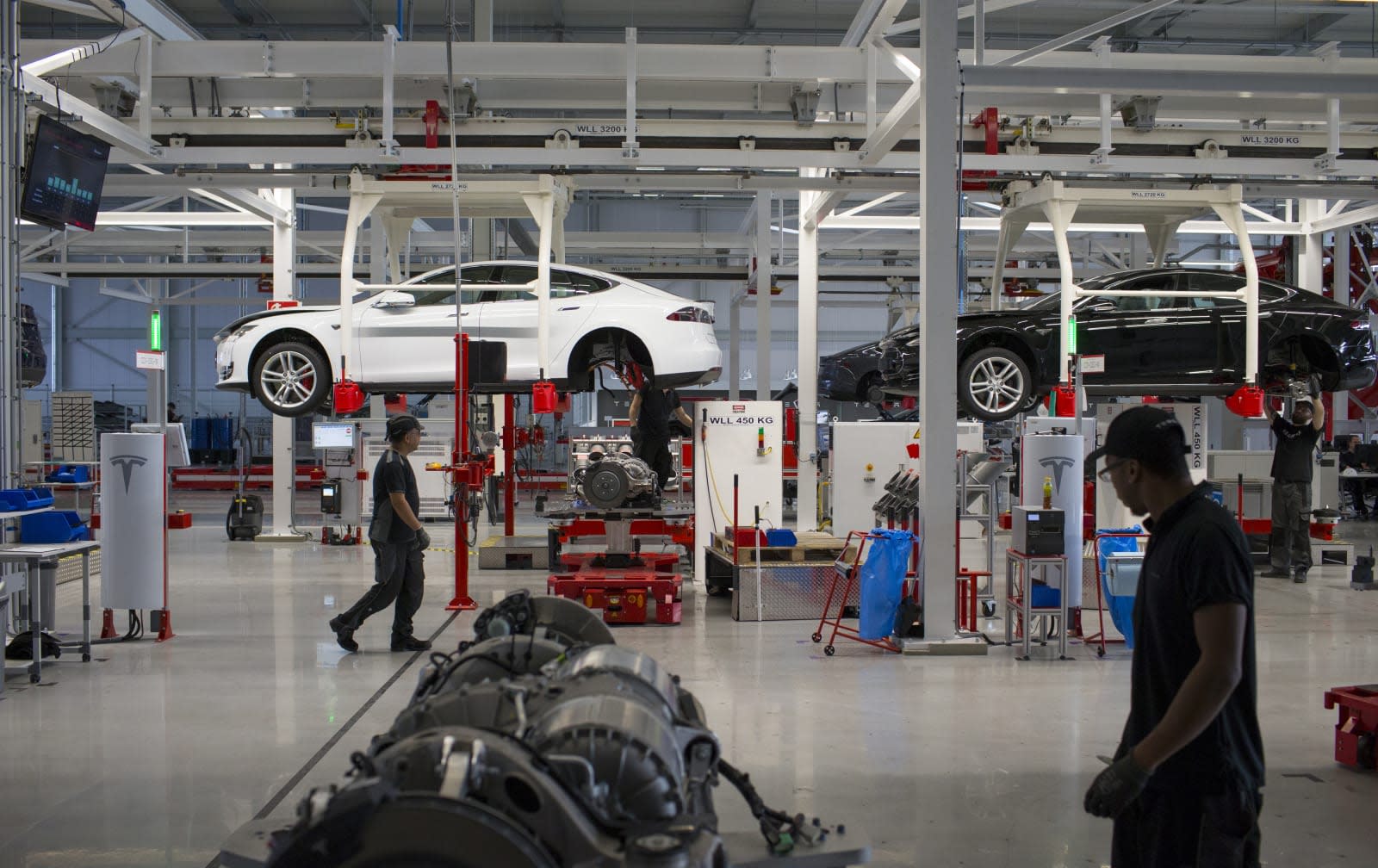 The US National Labor Relations Board (NLRB) has filed a complaint against Tesla after investigating workers' complaints over unfair labor practices. Workers said Tesla "coerces and intimidates" them via a confidentiality agreement that illegally prevents them from discussing labor conditions and unionization.

Workers say Tesla security stopped and interrogated them when they tried to hand out flyers, and threatened firing if the practice continued. Furthermore, they say Tesla forced them to "sign an overly-broad confidentiality agreement that could bar them from talking about their working conditions and safety issues at the facility."

The UAW (United Auto Workers) is a party to the NLRB complaint, and has reportedly been working to unionize Tesla, something Elon Musk has railed against in the past. Tesla said the charges are "without merit," and replied to the complaints with a screed against the UAW, sent to Jalopnik.

On or about November 5, 2016 and ongoing [Tesla] ... violated the Act by implementing and maintaining, and repeatedly requiring compliance with, a company confidentiality agreement that coerces and intimidates employees from freely exercising their rights to engage in concerted and union activity. --NLRB complaint

"For seven years, the UAW has used every tool in its playbook: misleading and outright false communications, unsolicited and unwelcomed visits to the homes of our employees, attempts to discredit Tesla publicly in the media, and now another tactic that has been used in every union campaign since the beginning of time – baseless ULP (unfair labor practice) filings that are meant only to generate headlines," the statement reads in part.

Tesla has said in the past, via an employee letter, that the UAW is allied with entrenched automakers. "Forces arrayed against us are many and incredibly powerful. This is David vs Goliath if David were six inches tall!" It adds that it has recently reduced forced overtime by 50 percent and that, if you take stock equity into account, its employees are paid better than other auto workers.

Despite those protestations, Tesla has been accused of exploiting cheap labor to build its factories and overworking employees to the point of illness. Another Musk business, SpaceX, was forced to settle with employees after complaints they were underpaid and forced to work through breaks.

The NLRB complaint comes at a time when Tesla's workers will face new challenges with a severe ramp-up in production as the Tesla 3 starts rolling off the production line. "We're going to go through at least six months of manufacturing hello," Musk said at the customer launch event. A hearing on the NLRB complaint against Tesla will be held on November 14th in California.

Update: Tesla has replied to our request for comment, and its full statement is below. We've also reached out to the NLRB.

As we approach Labor Day weekend, there's a certain irony in just how far the UAW has strayed from the original mission of the American labor movement, which once advocated so nobly for the rights of workers and is the reason we recognize this important holiday. Faced with declining membership, an overwhelming loss at a Nissan plant earlier this month, corruption charges that were recently leveled against union leaders who misused UAW funds, and failure to gain traction with our employees, it's no surprise the union is feeling pressured to continue its publicity campaign against Tesla. For seven years, the UAW has used every tool in its playbook: misleading and outright false communications, unsolicited and unwelcomed visits to the homes of our employees, attempts to discredit Tesla publicly in the media, and now another tactic that has been used in every union campaign since the beginning of time – baseless ULP filings that are meant only to generate headlines. These allegations, which have been filed by the same contingent of union organizers who have been so outspoken with media, are entirely without merit. We will obviously be responding as part of the NLRB process.

In this article: Complaint, Confidentiality, gear, intimidation, NLRB, Tesla, transportation, Workers, WorkersRights
All products recommended by Engadget are selected by our editorial team, independent of our parent company. Some of our stories include affiliate links. If you buy something through one of these links, we may earn an affiliate commission.