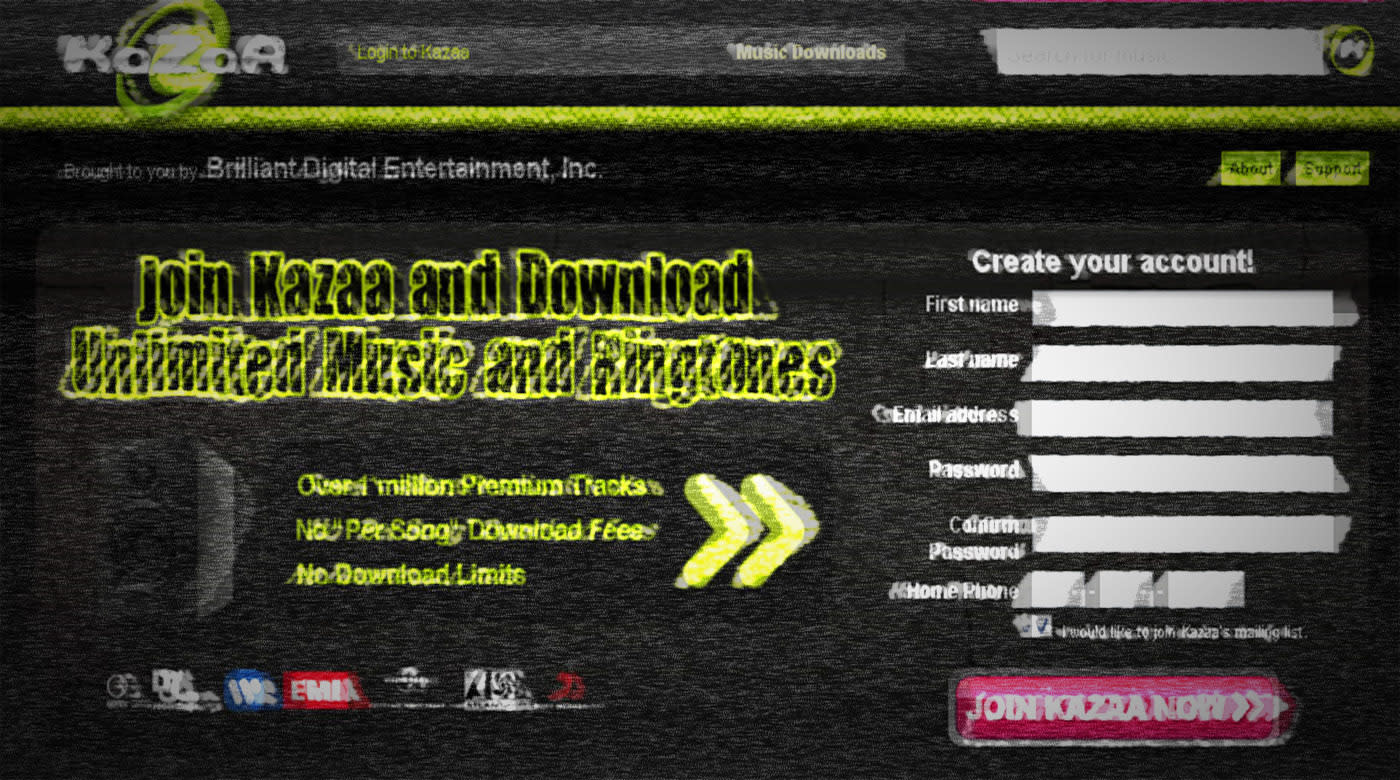 A nostalgic new cache of Edward Snowden files shows the National Security Agency (NSA) has been snooping online for a lot longer than you may think. While you were listening to Enya on your state-of-the-art iPod, the agency was looking into peer-to-peer encryption sites like Napster, Limewire and Kazaa, according to a report by The Intercept. Its crowning achievement was to crack the encryption used by at least two sites, Kazaa and eDonkey, exposing search queries and shared files.

The NSA wasn't doing this because they cared about intellectual property or for the lulz, but rather because the baddies it wanted to spy on were using the services. "By searching our collection databases, it is clear that many targets are using popular file sharing applications. But if they are merely sharing the latest release of their favorite pop star, this traffic is of dubious value (no offense to Britney Spears intended)," an NSA researcher actually wrote.

After cracking the encryption on some sites, the NSA discovered it could find certain information like "email addresses, country codes, user names, location of the downloaded files and a list of recent searches." They also found "somewhat surprising" files besides movie or music, though didn't specify which (perhaps Goatse).

Later on, the NSA and UK agencies started hacking BitTorrent and other torrent sites. In one case, the GCHQ shared information about a pedophile ring with London's Met police and could search out users sharing files with "jihad" in the filename on eMule, in another instance.

The new revelations are mostly of academic interest, but show that the NSA and other agencies cut their teeth on early 2000s file-sharing sites. The sophistication has increased exponentially since then, to the point where US spy agencies can't even keep their own hacking tools contained.

In this article: eDonkey, Encryption, FireSharing, gear, Kazaa, Limewire, NSA, security, Spying
All products recommended by Engadget are selected by our editorial team, independent of our parent company. Some of our stories include affiliate links. If you buy something through one of these links, we may earn an affiliate commission.