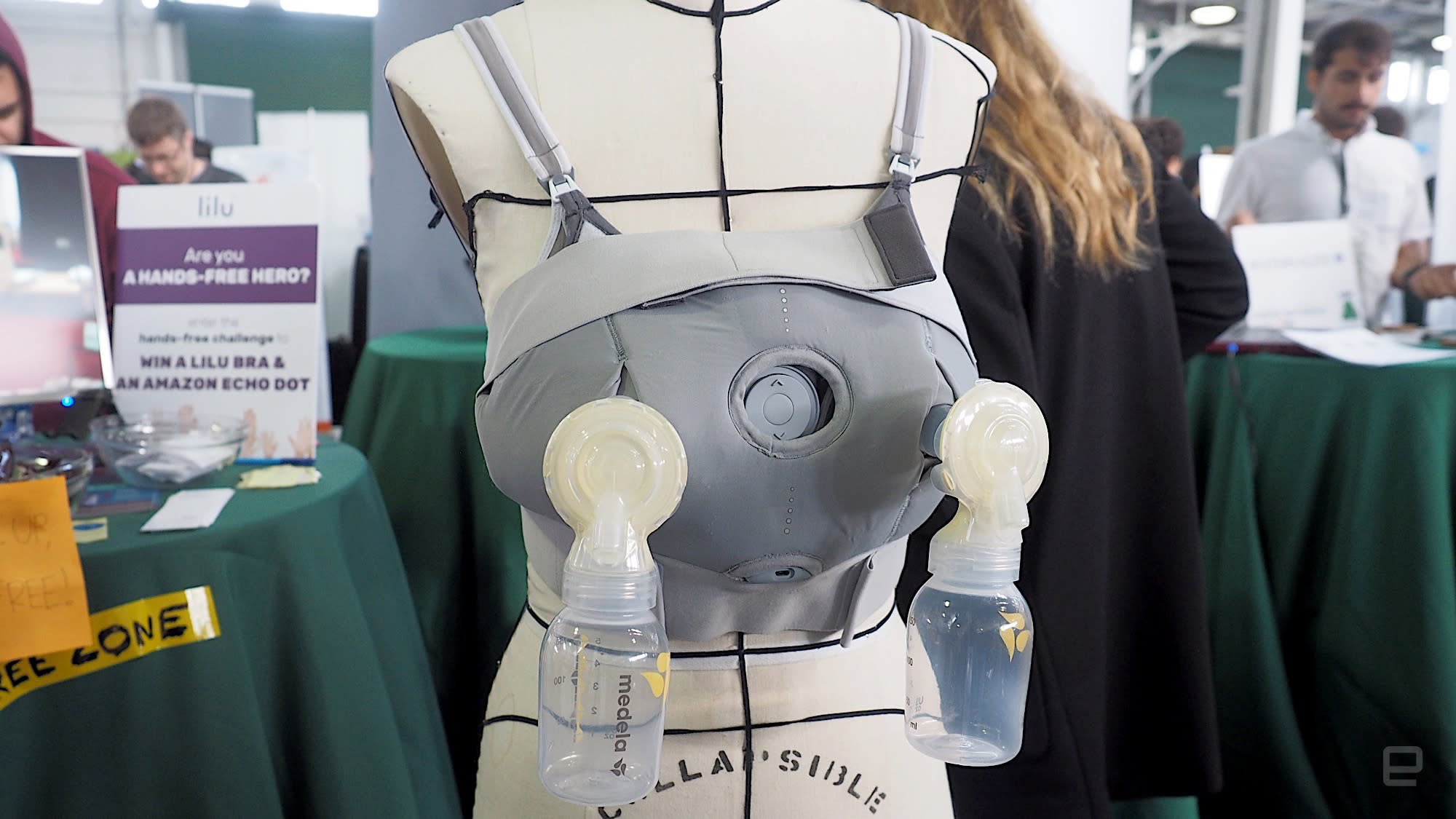 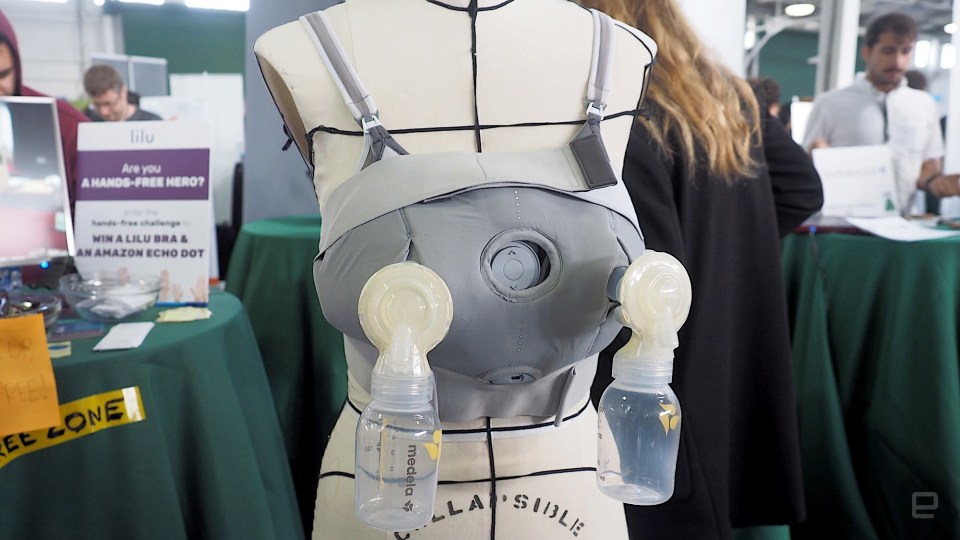 Breast pump technology have come a long way from the awkward manual tools of old. Now there are smart pumps that can pump out milk as nursing mothers carry on with their everyday lives; one even won our Best of CES award this year for its simple unobtrusive design. Yet, most breast pumps only do one thing: suction. Some doctors and lactation experts also advise to massage the breasts, pressing all around to get the milk out, which can be a tedious task. Lilu, however, is one company that aims to fix this. It's made what it calls the first-ever pumping bra with automated compression, that applies the pressure for you.

On its own, the Lilu looks kind of like a large sports bra, though it can be worn over an existing nursing bra. But when the mother is ready to pump, she can pull the two flaps down and apply a regular breast pump through the opening. She can then snap it on, attach the bottle and have it pump as it normally would. To turn the bra on, just press the button in the middle. The bra will then start massaging the breast in a compression pattern recommended by lactation experts, that helps bring forward all of the breast's milk. This, Lilu says, will help prevent clogged ducts, which are often a source of pain for new mothers. Evi Triantafyllides, a Lilu spokesperson, told me that the automated compressor helps produce 50 percent more milk than with just a normal pump. "It massages the whole breast, which helps empty the ducts," she says. Doing so will apparently bring forward the "hindmilk" of the breast, as well as reduce the chances for mastitis, which is an inflammation of breast tissue. You can also adjust the pressure of the compression by pressing the button until you get to the level of your liking. The compressor can be taken out of the bra and charged via a microUSB cable.

Still, Lilu is not for every mother. For one thing, it's pretty expensive at $249. Also, not every nursing mom wants or needs constant compression, and the fact that you still need your own pump is a downside. Plus, it just looks rather cumbersome. Willow, the smart breast pump we saw at CES this year, definitely wins out in the design category.

Yet, if you're a mother who's interested in getting every last bit of your breast milk for your child, the Lilu offers a solution that you might not have thought you needed. If Lilu sounds like a good idea to you, you can pre-order it starting this week from the Lilu website.

In this article: bra, breastmilk, breasts, disrupt, gear, lilu, medicine, nursingbra, tcdisrupt, techcrunchdisrupt
All products recommended by Engadget are selected by our editorial team, independent of our parent company. Some of our stories include affiliate links. If you buy something through one of these links, we may earn an affiliate commission.