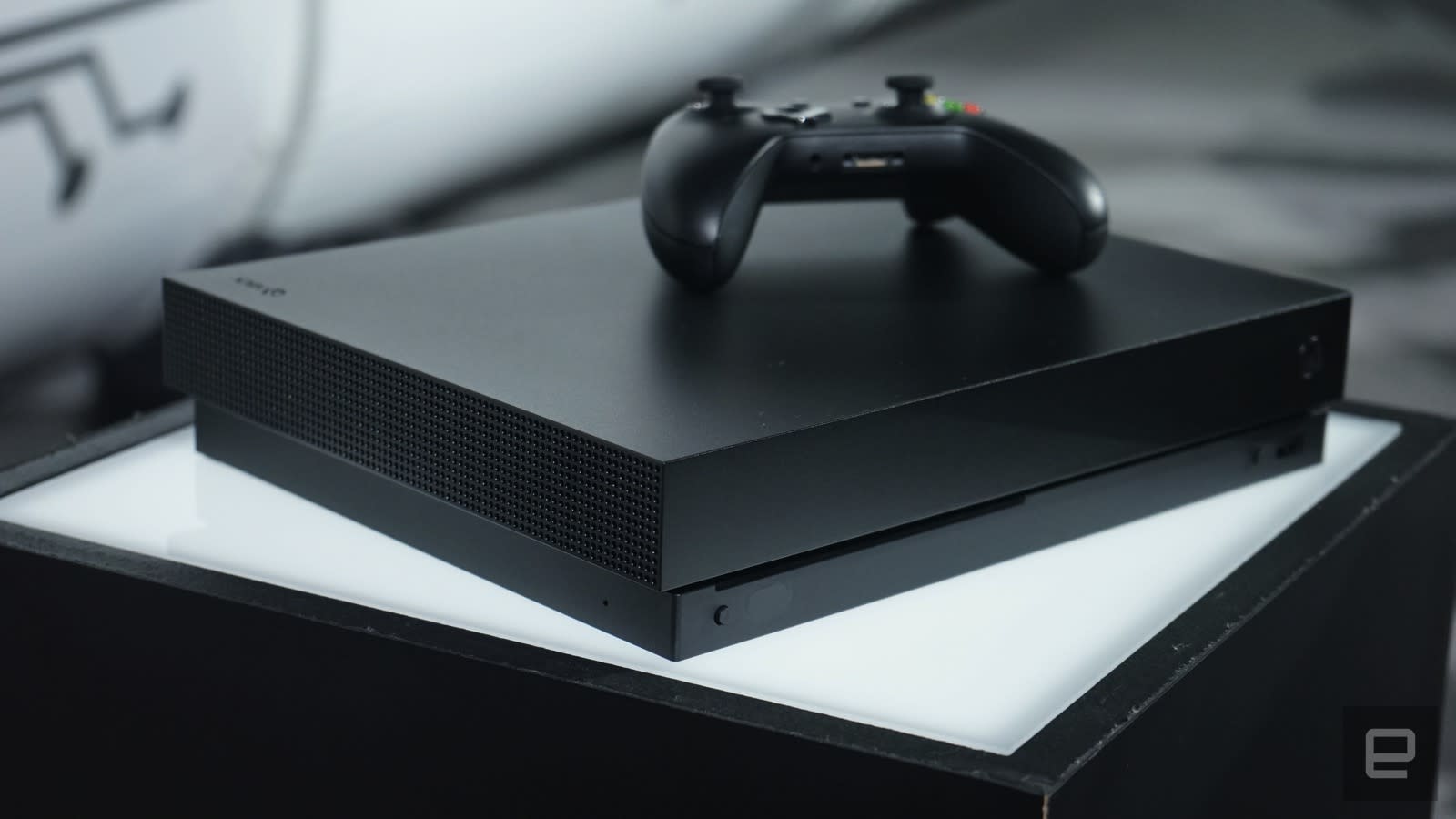 Microsoft's Xbox One X is now available to pre-order. The console, touted as the most powerful ever (that claim excludes PCs, of course), will be out on November 7th worldwide. The company opened pre-orders for a special 'Project Scorpio' edition last month, but those ran out fast. In fact, Microsoft says it was "the fastest-selling Xbox pre-order ever." The regular version is basically the same, save for a tiny green Scorpio logo on the 1TB console and controller. It costs $499.99/£449.99 and is available now through the Microsoft Store, Microsoft.com and a host of local retailers.

The Xbox One X will run the same games as the cheaper Xbox One S. Many will be "enhanced," however, with up to 4K resolution graphics and 60 frames per second performance. Today, Microsoft confirmed that "more than 130" new and existing games have now been "enhanced" for the system. Those include Far Cry 5, the remastered L.A. Noire and Okami HD. That number, of course, should improve over time as the One X install base grows and more developers experiment with the console. If, like us, you're struggling to keep track of the "enhanced" roster, Microsoft has set up a dedicated website at xbox.com/enhanced. That's nice of them, eh? 15
In this article: gaming, home, microsoft, preorders, xbox, xboxone, xboxonex
All products recommended by Engadget are selected by our editorial team, independent of our parent company. Some of our stories include affiliate links. If you buy something through one of these links, we may earn an affiliate commission.