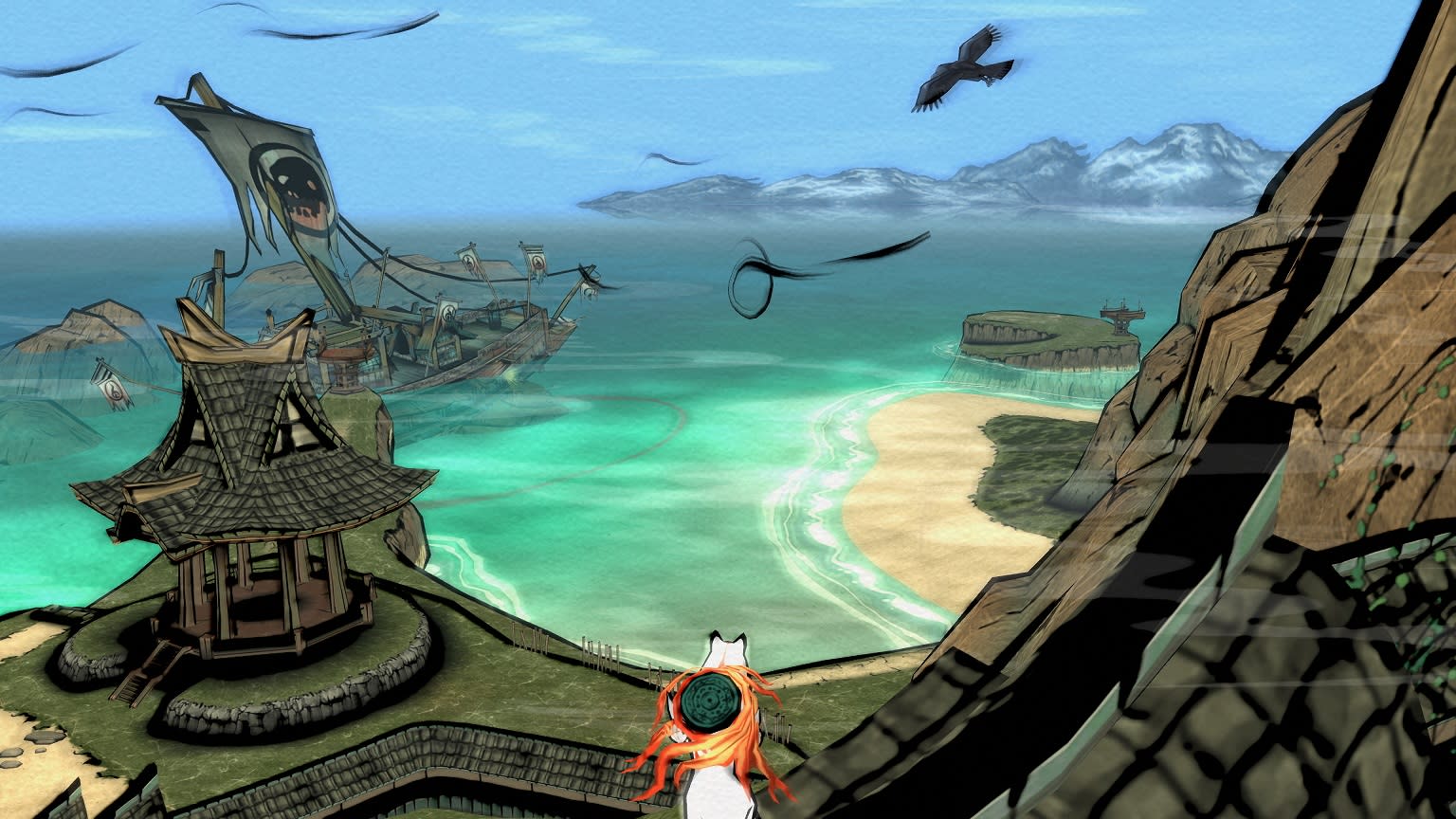 It would give me great pleasure to name Twilight Princess the best Zelda game of the 2000s (you heard me, Skyward Sword fans), but it would be untrue -- that crown belongs to Okami. First released in 2006 as one of the last games to come out on PS2, its gorgeous watercolor-style animation, mystical world and magical paintbrush mechanics made it an instant classic. Two (and a half) console generations later, PS4, Xbox One and PC owners are getting a remastered version on December 12th for $20.

For the uninitiated, the Japanese folklore-inspired Okami follows the wolf goddess Amaterasu's journey to purge ancient Japan of evil along with her tiny, magic brush-wielding pal Issun. It follows standard Zelda progression -- adventure, gain powers, defeat bosses -- but in tranquil nature rendered in absolutely stunning ink-and-watercolor design. Developer Clover Studios originally styled the game realistically, but pivoted to its now-iconic painterly look. Unfortunately, Okami was a critical but not commercial success, and following an exodus of Clover's top staff, parent company Capcom closed the studio shortly after the game's release.

The game became a much-beloved cult classic and was ported to the Wii (making spotty use of its motion controls for the brush gameplay) and was later remastered for PS3 in 2012. The newest version out this December, Okami HD, will feature 4K resolution on the Xbox One X, PS4 Pro and PC. Don't be discouraged, vanilla PS4/Xbox One console owners: This game is worth picking up if you've never had the pleasure. All formats will be digitally-available for $20, so download 'em while they're hot, or pick up physical copies for Xbox One and PS4 at the same price.

In this article: av, capcom, gaming, okami, ps4, XboxOne
All products recommended by Engadget are selected by our editorial team, independent of our parent company. Some of our stories include affiliate links. If you buy something through one of these links, we may earn an affiliate commission.