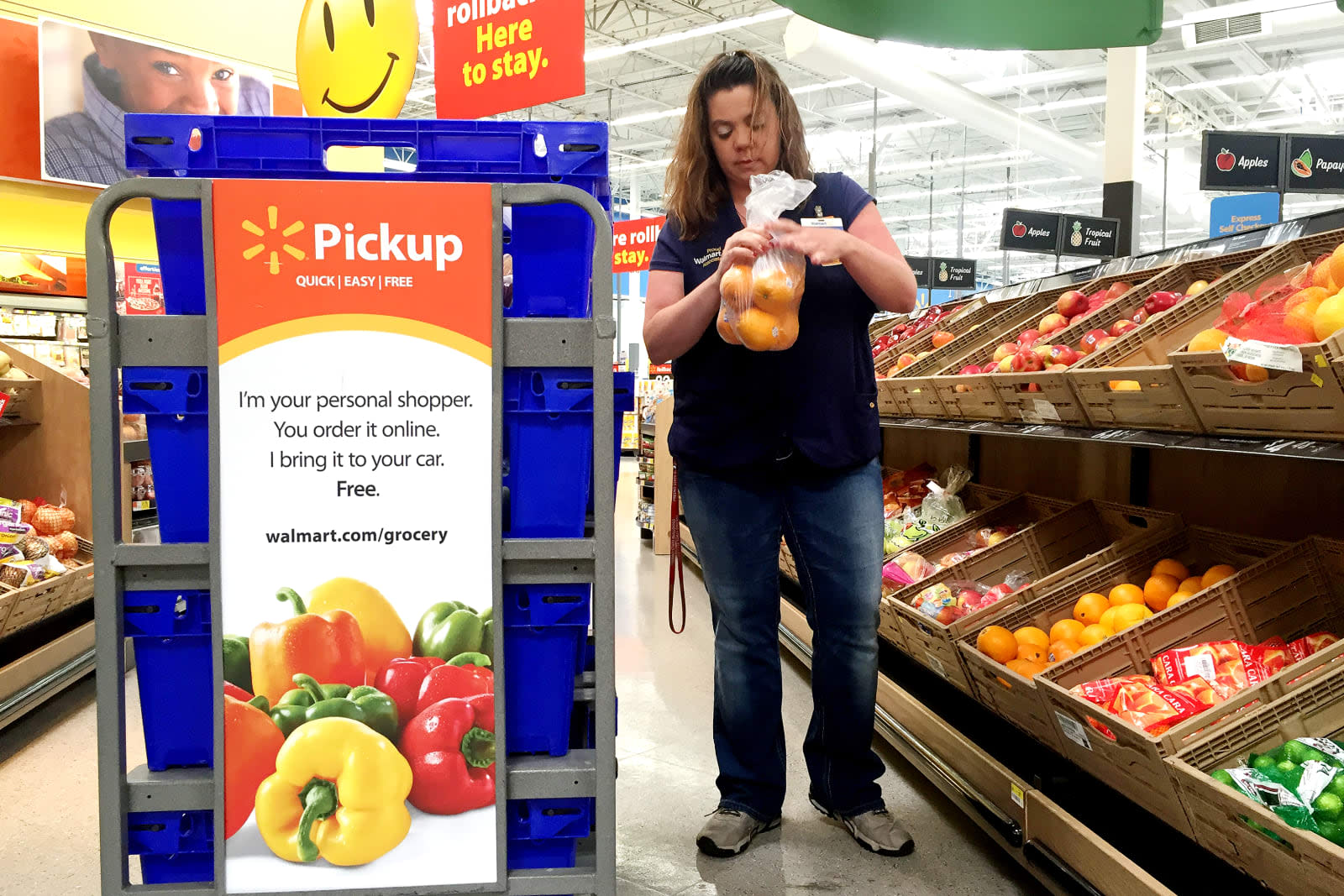 The Amazon and Walmart rivalry continues as the latter announced today that its Online Grocery Pickup option will now be available to those using Electronic Benefits Transfer (EBT) credits. In June, Amazon reduced its Prime subscription cost for users receiving government assistance through EBT and earlier this year, the US Department of Agriculture cleared a pilot program that allowed Supplemental Nutritional Assistance Program enrollees to use their benefits for online grocery services like AmazonFresh.

"Convenience shouldn't be dictated by the way you pay," said Walmart in the blog post that announced the new service, which will allow customers to pay for their groceries with EBT funds at pickup. But the fact is, these sorts of services aren't only convenient. They're also time-saving and in many cases, less expensive than buying from brick-and-mortar stores.

This is the latest offering from Walmart that's seemingly aimed at taking on Amazon. Earlier this year the company opened an automated kiosk for grocery pickup, started using its employees to deliver packages to customers and opened its own tech incubator in Silicon Valley. The company also filed a patent application for a device that appears to be a Dash button rival.

Regardless of Walmart's motivations, the move stands to benefit a large number of customers who shouldn't be prevented from using services like Online Grocery Pickup. As of now, the new pay option is only available in one Houston area store and four Boise stores, but Walmart says it's going to expand the program to more areas through the holiday season.

In this article: amazon, amazonfresh, AmazonPrime, business, EBT, food and drink, food-and-drink, foodanddrink, gear, governmentassistance, groceries, grocerydelivery, services, walmart
All products recommended by Engadget are selected by our editorial team, independent of our parent company. Some of our stories include affiliate links. If you buy something through one of these links, we may earn an affiliate commission.