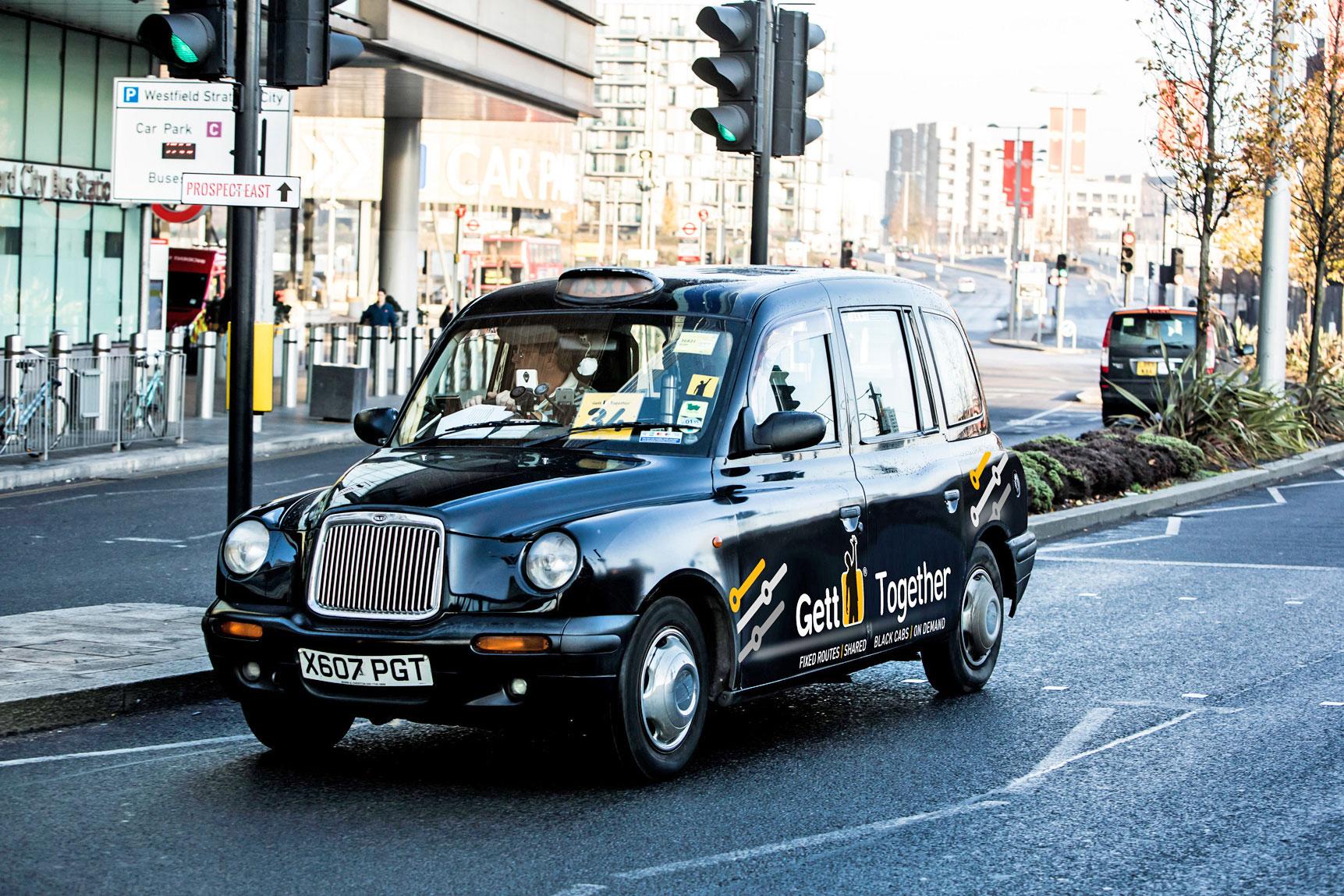 London's public transport system is pretty robust, with plenty of Tubes, buses and overground lines zig-zagging across the city. At rush hour, though, squeezing onto a crammed DLR carriage can be a total nightmare. One alternative is a taxi-hailing app like Gett, which for some time now has been pushing Gett Together, a ride-sharing service that operates on preset routes across the city. Today, the company is announcing Black Bus 1, a new route that operates between Highbury & Islington and Waterloo. The expansion is notable because it was designed using data supplied by mobile navigation app (and now bus route operator) Citymapper.

The line launches on September 25th and will travel through Angel, Farringdon and the Aldwych. Passengers will request a ride through the app and have the freedom to both board and depart anywhere on the route. It'll run on weekdays during peak commuter hours — 7am to 10am, and 5pm to 8pm — and cost £3, regardless of how far people travel. Gett says the taxis running this route will cut travel times "dramatically" for passengers. A journey between Upper Street and Somerset House, for instance, should take 15 minutes rather than the usual 40 minutes.

Gett already operates three Together ride-sharing routes from Ladbroke Grove, Clapham Junction and Belsize Park respectively. But none of these were designed with Citymapper's help. Every day, the company is accumulating more data that shows how people move around their favourite cities. That, in turn, can reveal where public transport routes are currently lacking. In July, the company launched a weekend night bus using this information. Now, it's doing the same for other companies. "This is just the beginning and we hope to launch more lines with Citymapper's data," Matteo de Renzi, Managing Director of Gett in the UK said.

In this article: citymapper, gett, london, navigation, ridehailing, taxi, tomorrow, transportation
All products recommended by Engadget are selected by our editorial team, independent of our parent company. Some of our stories include affiliate links. If you buy something through one of these links, we may earn an affiliate commission.