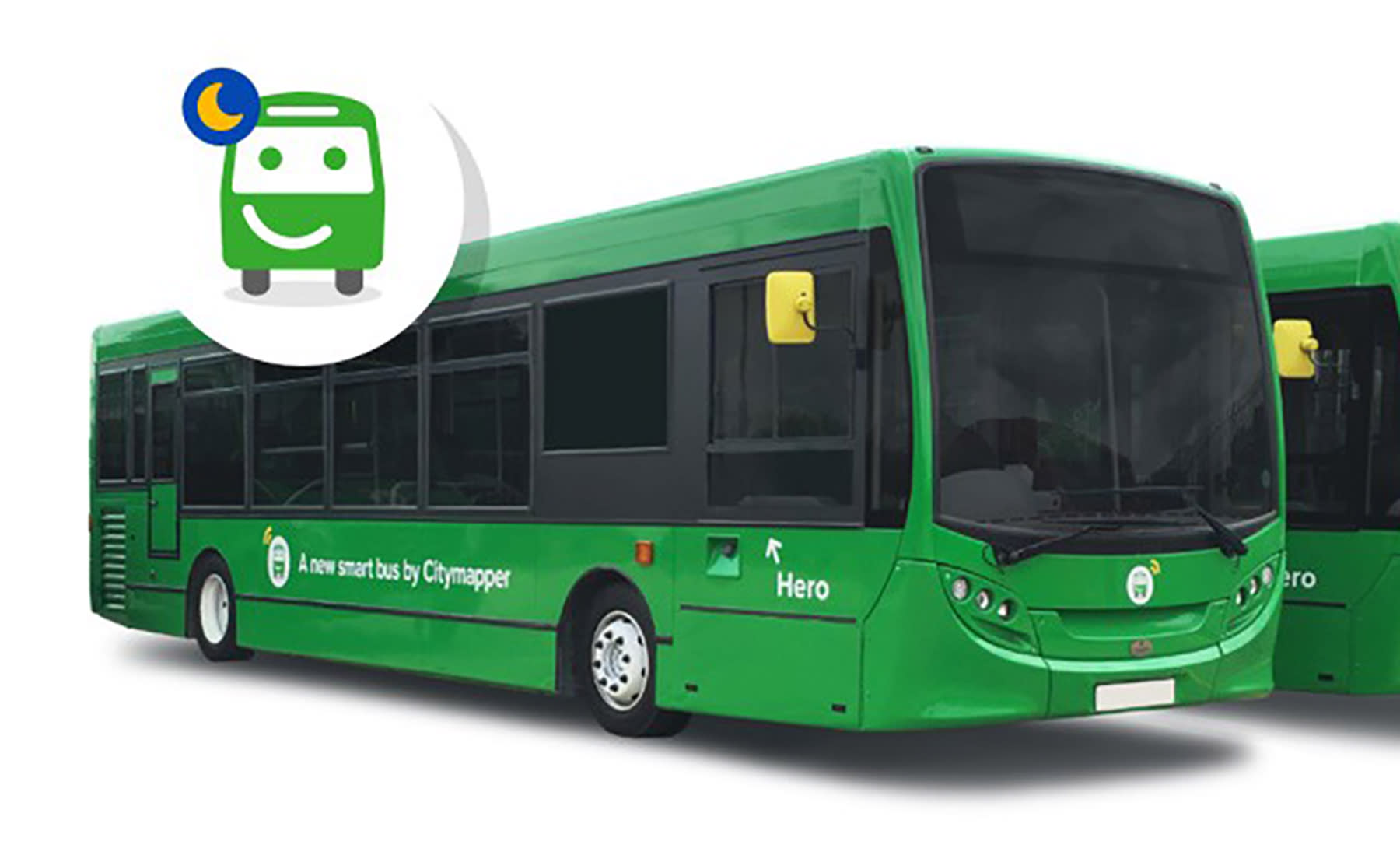 Citymapper's brief bus experiment in London was more than a one-off. The company, which runs an independent transport and navigation app, is now planning a permanent bus route in the middle of East London. Like its two-day trial in May, the new service will utilise bright green buses equipped with USB ports for charging (a godsend when you're traveling home at the end of a long day) and a big screen upfront with regularly updated route information. Unlike before, however, this service won't be free; you'll have to pay a small fee with a contactless card, Apple Pay or Android Pay.

Citymapper is making the leap from software to physical transport operator because of the data it's slowly accrued from users in London. The new "CM2" bus route, which will launch in late August/early September and run every weekend (9pm to 5am), is a reaction to the insights it's gleaned and the areas in London it thinks are currently underserved.

"But evaluating a route isn't as simple as finding visible gaps," the company explained in a Medium blog post. "In a multimodal city, users mix various modes together and have complex journeys. Hop-on, hop-off bus routes involve passengers boarding and alighting at different points." In short, the route has to seamlessly connect with existing buses, trains and Tubes. CityMapper has received the necessary licensing and approval from Transport for London to run the new route. Day-to-day operations will be handled in partnership with the Impact Group, a subsidiary of public bus operator Tower Transit. The vehicles will be tracked with tablets so that Citymapper can optimise its fleet and deliver real-time location information through its app. The company also has plans to track passengers anonymously, so other users know how many seats are available in the next bus. Otherwise, it should be a familiar experience; there will be bus stops, and a human driver to navigate London traffic.

It's an experiment, but one that could have huge implications for how Citymapper operates. Like Foursquare, the company now owns a mountain of data that shows how people move around and live their daily lives. Citymapper could easily sell that information to governments and private transport companies, funnelling the profits back into its core business and app development. Or, it could expanded this new experiment and become a serious transport provider. With technology at its core, the company could be more nimble and efficient than traditional bus operators, tweaking routes and lowering fares to better serve passengers.

In this article: bus, busroute, citymapper, gear, nightbus, publictransport, transportation
All products recommended by Engadget are selected by our editorial team, independent of our parent company. Some of our stories include affiliate links. If you buy something through one of these links, we may earn an affiliate commission.