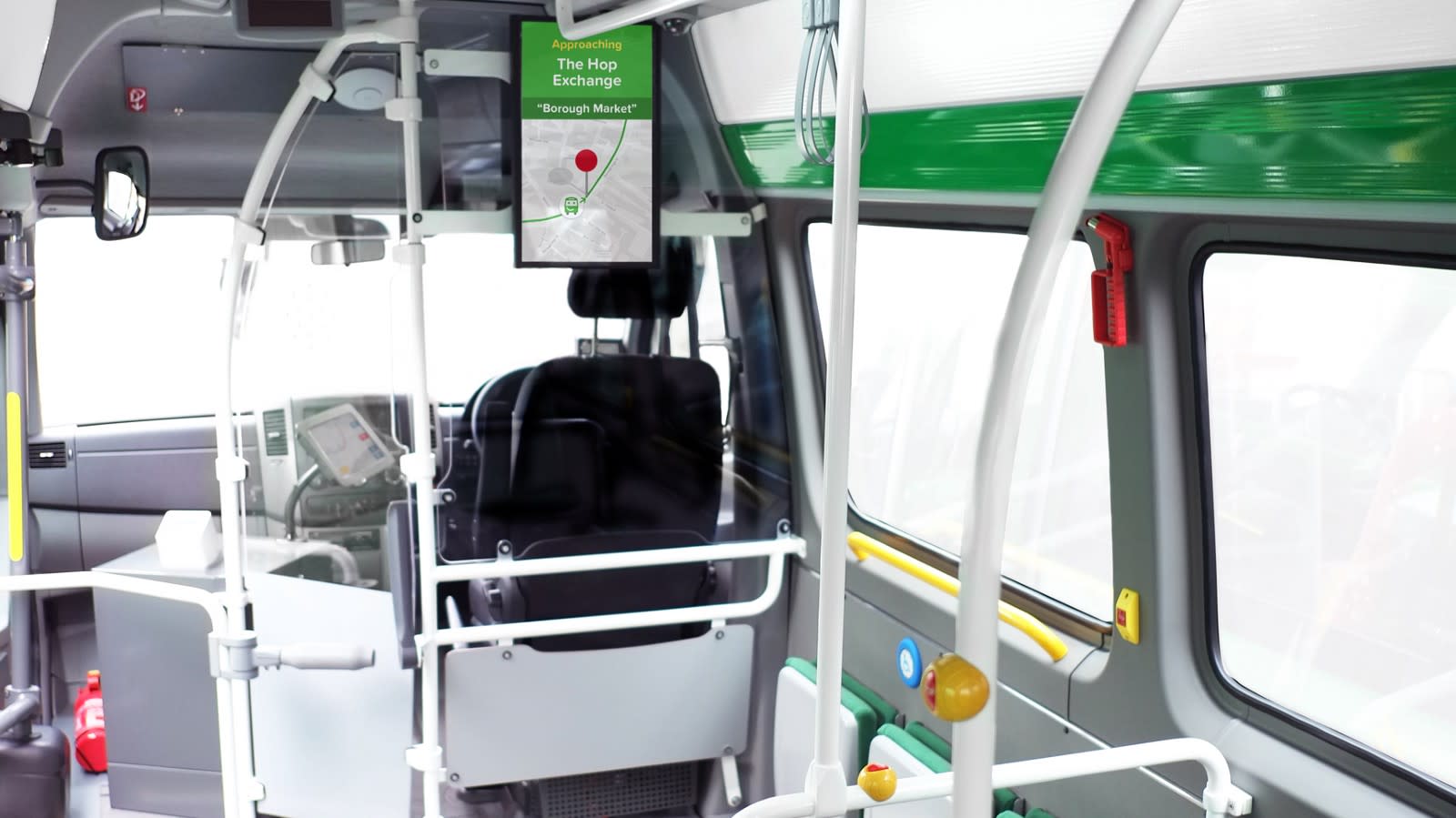 Citymapper is known for its popular route-planning app that helps people get around town. This week, though, the company is taking a more active approach to transportation, operating an actual bus route in London. CMX1 will only run from Tuesday, May 9th, through Wednesday, and it'll be free for all passengers. As you'd expect, it'll also feature in the Citymapper app and show up in route suggestions where appropriate. But what might surprise you is this isn't quite the marketing stunt it appears at first to be. Citymapper is legitimately thinking about becoming a public transportation player.

CMX1 will drive a short loop in the center of the city, crossing Blackfriars Bridge and making its way back across the River Thames via Waterloo Bridge. It will use existing London bus stops along the route and arrival times will even show up on the standard departure boards. The buses will look a little different, however. They will be green, for starters, and smaller than regular buses with only 30 seats. Passenger will also have access to USB ports for charging their phones while traveling and a big screen towards the front of the bus will display the current location and upcoming stops on a map of the route.

Drivers of the Citymapper "Smartbus" will have a tablet in the cockpit that feeds back real-time traffic information, shows the current passenger count and how far apart other buses on the route are (for regulating the service). This gives you an idea of why Citymapper is experimenting with running a bus service in the first place. It's all about data. You see, Citymapper has intimate knowledge of how people navigate all the cities its app caters for, and with all this user data it built a tool known internally as "Simcity." Plug a potential bus route into Simcity and it'll tell you the most likely places people will board and get off. The simulation can extrapolate this to give you a good idea of how many buses the route would need to keep up with demand, how much money they could take in fares, and score how efficient the route is.

To actually operate a route, though, Citymapper also had to create software for managing a fleet of vehicles and getting them to share information with each other. It's a means to an end, because the company is planning to take things further than this week's two-day experiment. CMX1 functions like a normal bus route, but Citymapper imagines one day running an altogether more dynamic service. One that can react to demand in real-time and where vehicles can change their route based on traffic information while still pulling up at predefined stops.

The grander goal is to "solve urgent problems of congestion and infrastructure," and improve the experience for passengers. Citymapper wants to use big data to create new and better routes, and it helps there's money to be made in putting people on seats -- we imagine its software might be worth something to interested partners, too.

Speaking to WIRED, Citymapper CEO Azmut Yusuf confesses turning a profit is part of the plan. "We're not really monetizing as a company," he said. "This makes money. So we think if we can do this well, it will pay for itself." Right now, though, regulators aren't really prepared for a dynamic bus service as Citymapper imagines it. Though no appropriate license exists right now, Transport for London is in active discussions with Citymapper about how it could work in the capital. So who knows. Perhaps buses are the present and future of ride-sharing.

In this article: bigdata, bus, citymapper, citymappersmartbus, cmx1, gear, smartbus, transportation
All products recommended by Engadget are selected by our editorial team, independent of our parent company. Some of our stories include affiliate links. If you buy something through one of these links, we may earn an affiliate commission.