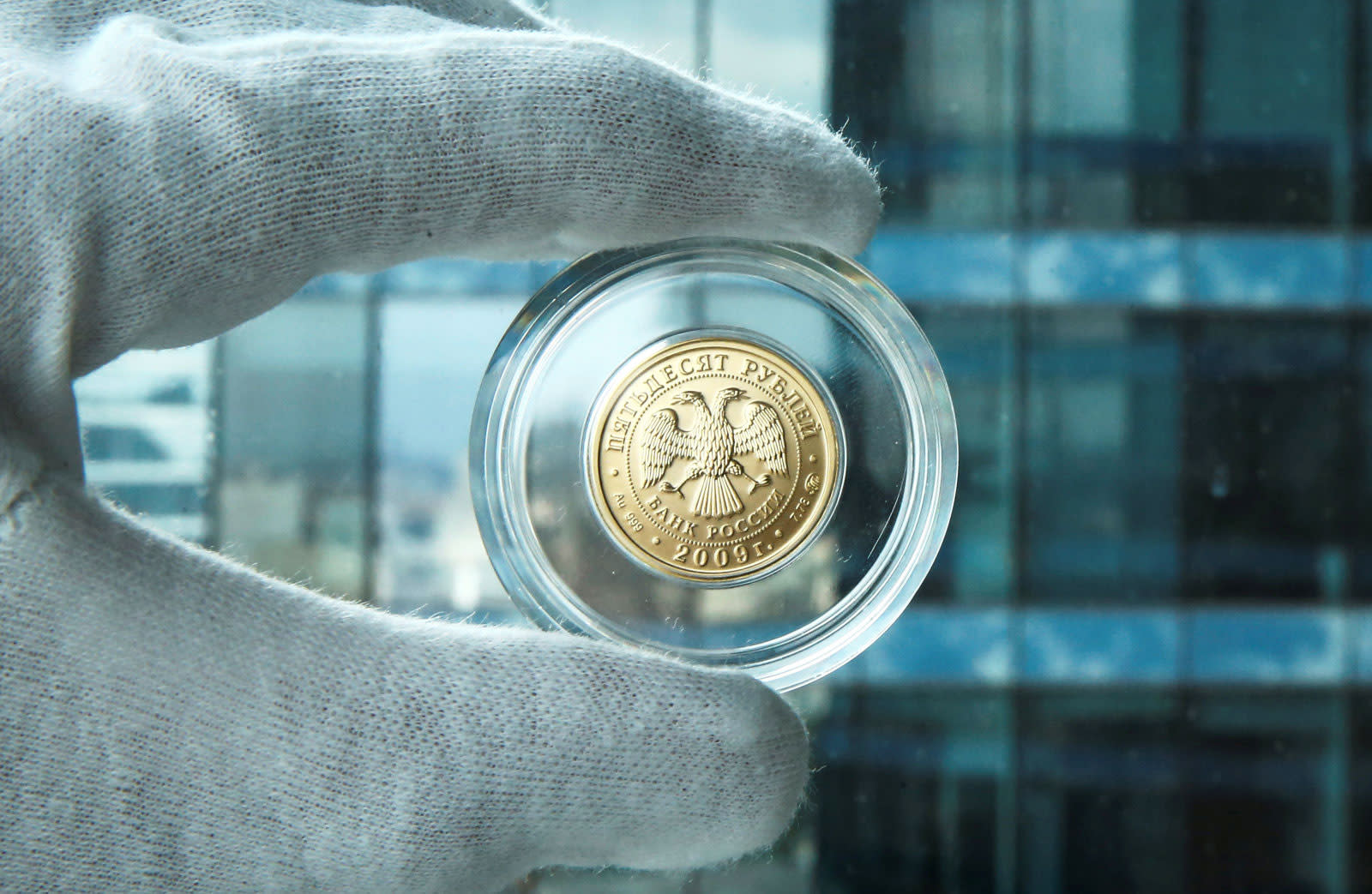 Russia has been talking openly about the prospect of creating its own cryptocurrency, and it looks like the country might turn those words into action. Local news outlets report that Communications Minister Nikolay Nikiforov has confirmed plans to launch a state-controlled digital currency. Don't expect to generate virtual rubles with your PC any time soon, though. While it would use blockchain to decentralize control and improve trust, you reportedly can't mine it -- instead, it'd be issued and tracked like conventional money. This would theoretically let Russia boost its internet economy without tying the fate of its currency to other countries or third-party brokers.

You could readily exchange digital coins for conventional money, although officials would reportedly require a proof of origin if you wanted to avoid a 13 percent tax meant to discourage money laundering and other dirty tricks.

There's no mention of a time frame for launching this money, but Nikiforov apparently believes Russia can't afford to wait. If it doesn't introduce its own currency, neighbors in Asia and Europe will make their own move "after 2 months," he said. That's clearly hyperbolic, but there are reasons for Russia to be nervous. China has been cracking down on cryptocurrency in part because it saw speculators selling off the yuan in favor of bitcoins -- Russia probably doesn't want to see that happen on its own soil. Officials have already called for tight regulations on existing virtual cash.

There are concerns that Russia would be effectively profiting from fraudsters with the 13 percent tax: hey, we'll look the other way as long as you give us a cut. Short of an outright ban on competing currencies, though, there would be nothing to stop criminals from simply relying on a different currency instead. Rather, this would repeat a familiar strategy of keeping technology on a tight leash so that it can't be used to undermine authority.

In this article: blockchain, cryptocurrency, currency, gear, government, internet, money, russia
All products recommended by Engadget are selected by our editorial team, independent of our parent company. Some of our stories include affiliate links. If you buy something through one of these links, we may earn an affiliate commission.