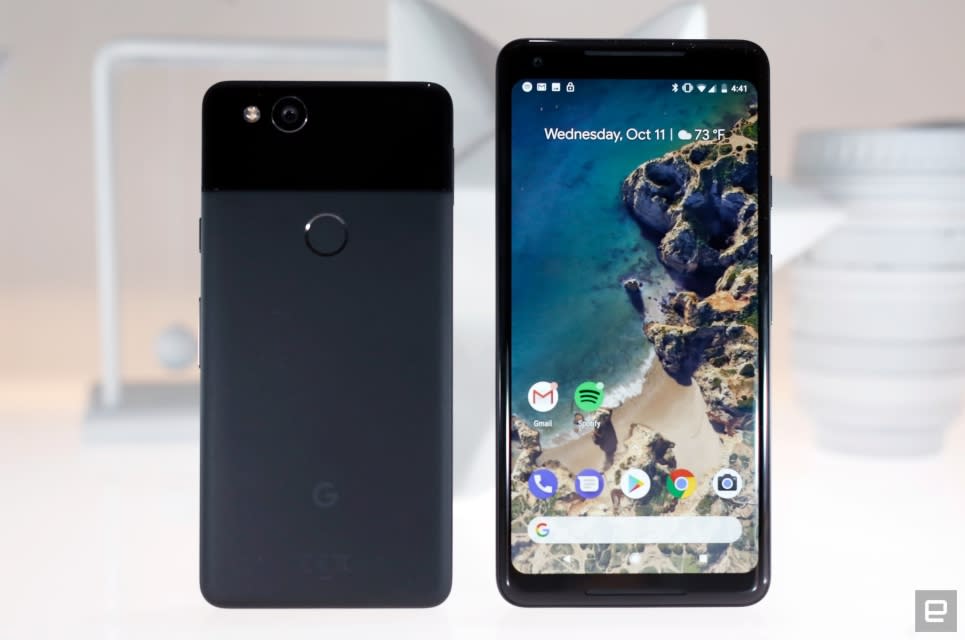 Google has a bit of a throwback tucked away in the Pixel 2. Depending on the app, you can access the old-school Android menu button by tapping in the lower righthand corner of the screen, as spotted by Android Police. As you'll see in the video embedded below, it doesn't seem to do much, but hey, it exists. Android Police says that to access it, you need a Pixel 2 running the stock software and an app that targets Android Honeycomb or an earlier version of the OS. As of now, it'll appear in the settings menu, along with Google Maps and Inbox.

We've confirmed it exists, using Engadget's Pixel 2 review unit. It seems unlikely that Google will power it on via a firmware update a la the handset's custom imaging processor, and there's also potential for it to get killed off with a future patch. If you're unboxing your Pixel 2 today or tomorrow, now you've got one more thing to try out.

In this article: android, gear, google, honeycomb, menu, mobile, pixel, pixel2, pixel2xl
All products recommended by Engadget are selected by our editorial team, independent of our parent company. Some of our stories include affiliate links. If you buy something through one of these links, we may earn an affiliate commission.