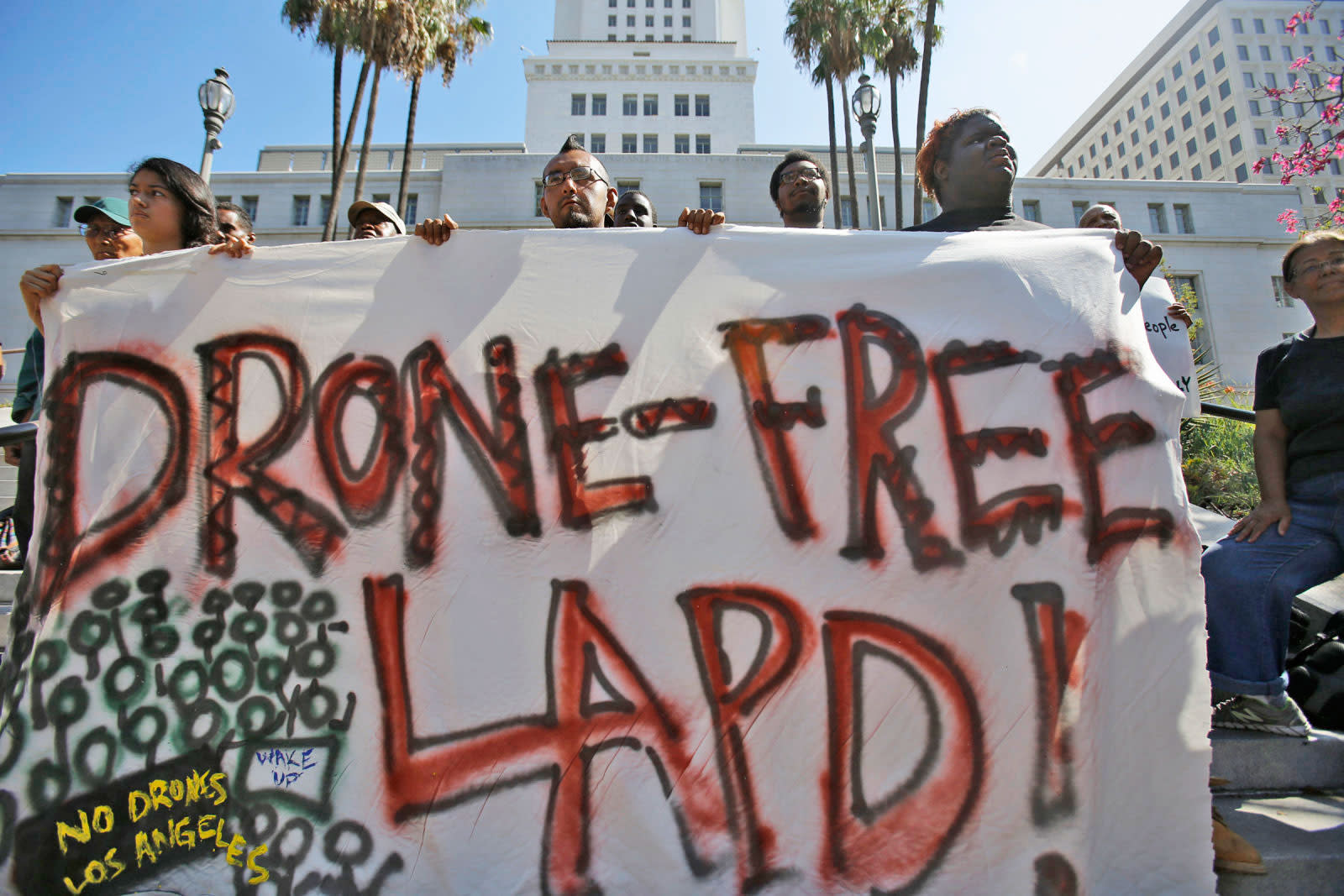 American police have certainly used drones before, but not on this scale. The Los Angeles Police Commission has voted in favor of letting the LAPD fly drones in a year-long pilot program, making it the largest US police department to ever rely on the robotic aircraft. The force will use the drones for aerial searches, recon in tense situations (think: standoffs) and other tasks where officers would otherwise be at risk. The machines could save lives, according to the LAPD, but there were numerous concessions made to address privacy concerns -- and some people still aren't convinced these limits will prevent abuse.

The trial's rules restrict flights to SWAT team members in dangerous situations, such as when there's a heavily armed suspect on the loose. Drones will also be allowed for search and rescue missions. Every flight has to be approved, documented and reviewed, and there's a ban on facial recognition software. The Police Commission will receive and publish quarterly reports to track the drones' performance.

Critics, however, are worried that what the police say they'll do and what they'll actually do are two different things. As we've seen in the past, the LAPD isn't always forthright in its use of technology. Activists and lawyers are concerned that the police will be tempted to use drones for questionable surveillance (such as monitoring neighborhoods or tracking protesters), or that they'll outfit the drones with weapons. The LAPD actually obtained two drones in 2014, but scrapped plans to fly them due to precisely these kinds of public objections -- people aren't necessarily going to warm to the idea just because there are a few guidelines in place.

In this article: crime, drone, drones, gear, lapd, lawenforcement, losangeles, police, robots, surveillance, TL17DRNPRV
All products recommended by Engadget are selected by our editorial team, independent of our parent company. Some of our stories include affiliate links. If you buy something through one of these links, we may earn an affiliate commission.