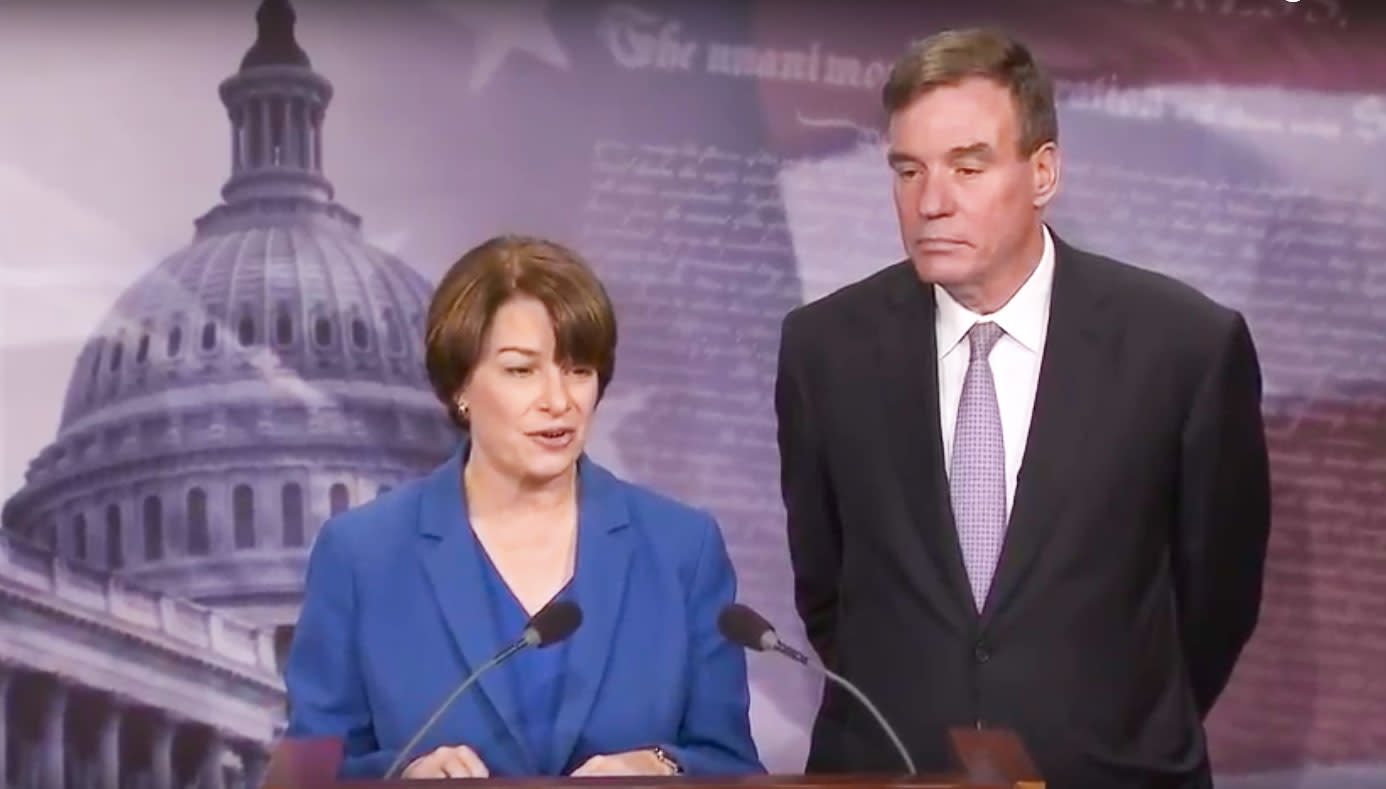 Following revelations that Kremlin-backed online actors bought and ran divisive social media advertising during the 2016 presidential election, three Senators introduced a bipartisan bill aimed at regulating online ad buys. If passed, it would require Google, Facebook, Twitter and the rest of their ilk to follow the same rules as traditional media.

Democratic Senators Mark Warner and Amy Klobuchar devised the bill, dubbed the Honest Ads Act. Republican Senator John McCain announced his support for the bill earlier this week and has since been added as a co-sponsor.

"In the wake of Russia's attack on the 2016 election, it is more important than ever to strengthen our defenses against foreign interference in our elections," McCain wrote in a statement read by Senator Klobuchar during a press conference on Thursday. "Unfortunately, US laws requiring transparency in political campaigns have not kept pace with rapid advances in technology allowing our adversaries to take advantage of these loopholes to influence millions of Americans with impunity."

This bill would close those loopholes by demanding that online and social media companies make and retain copies of all political ads run on their networks, and make them available to the public. These rules would apply to any online entity (such as websites, apps, search engines or social/ad networks) with more than 50 million uniques in traffic per year, Recode reports. On the other side, for any campaign that spends more than $500 on ads per year, these platforms will need to make not only the ad itself available to the public but also information regarding who bought it, who it's targeted at and how much it cost to run. These new rules mirror those that broadcasters have had to conform to for decades.

"I've been a state candidate four times, statewide in Virginia," Senator Warner chimed in. "I think as a candidate, or as someone running against me, I ought to have the ability to at least go and look at the content of the ads being run for or against an individual campaign."

"What we have now is ads that are in many ways set to disappear after they've targeted a very select demographic group," Warner continued. "That is not the kind of transparency we need."

Despite its good intentions, the bill will likely face a slog through both houses on its path towards passage. Some factions within the GOP have expressed doubts that the Russian government had anything to do with the 2016 election and are not likely to support this legislation, despite McCain's vocal support for it. Nor is there any guarantee that it will find widespread support in Silicon Valley despite the industry's efforts to solidify their defenses against external interference.

The Senators estimate that the Honest Ad Act could come up for a vote by early next year, if not sooner, should it get rolled into a larger national security package.

In this article: gear, honestadsact, politics
All products recommended by Engadget are selected by our editorial team, independent of our parent company. Some of our stories include affiliate links. If you buy something through one of these links, we may earn an affiliate commission.