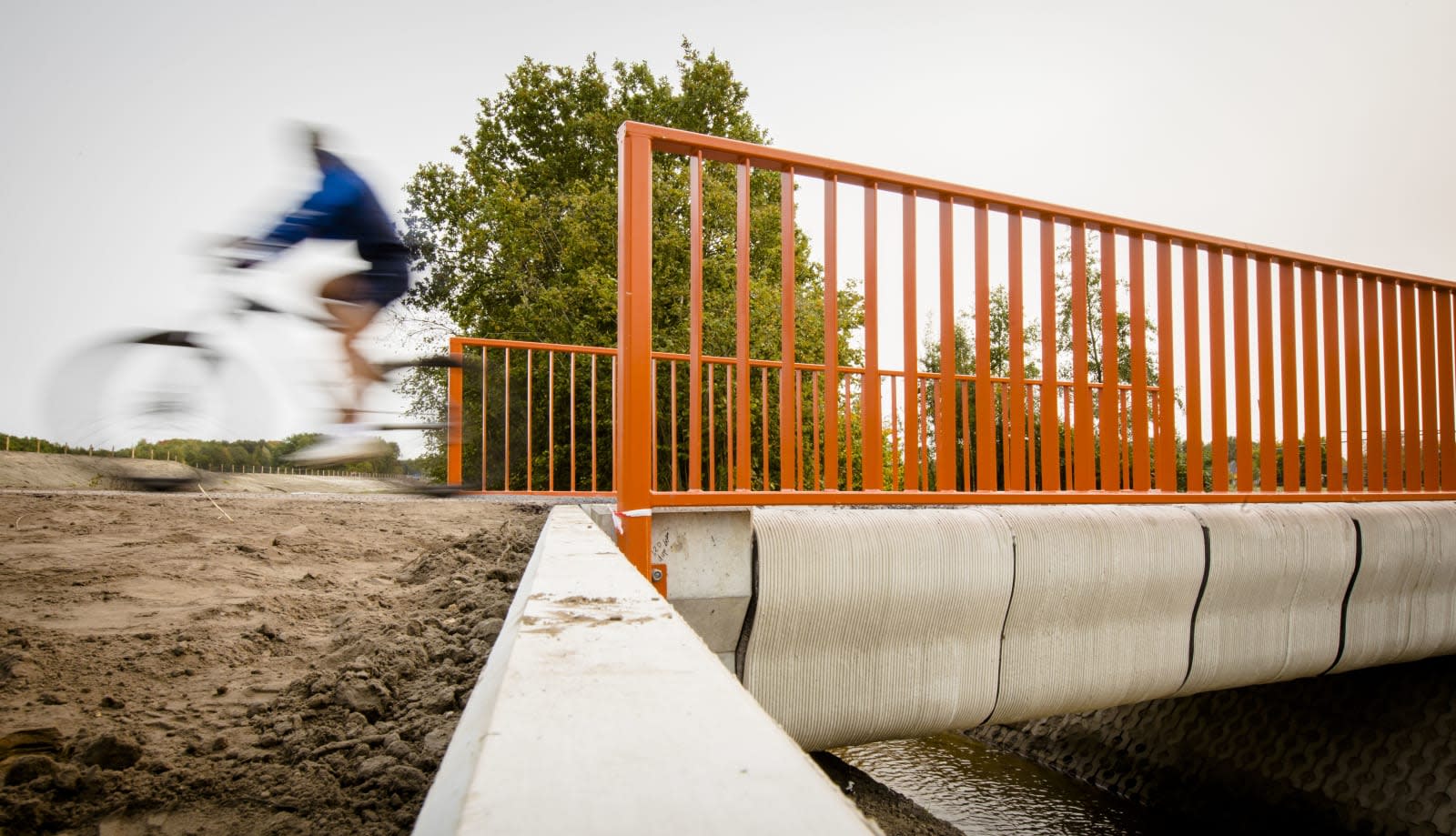 A town called Gemert in the Netherlands just became home to the first 3D-printed cycling bridge ever. It took its creators at Eindhoven University three months and 800 layers to complete the 26-foot-long bridge, but now it's open and ready to support hundreds of cyclists a day. The researchers had to develop a new 3D printing technique that uses steel reinforcement cables to create pre-stressed concrete. Once they were done laying out all its layers, they tested the bridge by placing a five-ton weight on top of it. Their efforts paid off: while they'll surely improve the method even more, they believe they're now capable of using the technique to build even bigger structures.

Printing out concrete has a number of advantages over typical techniques. To start with, it can form any shape, since it's not limited by molds. Further, anything made using the method might be finished a lot quicker, since it doesn't require the construction of formware structures to give shape to concrete. Finally, it's much more environmentally friendly than typical methods, since it only deposits concrete where it's needed and doesn't waste cement. Since cement production is characterized by high carbon dioxide emissions due to the extreme heat it requires, reducing the amount of concrete needed will also reduce the CO2 generated per structure.

If the technique can be refined further to build just about anything we want more quickly, who wouldn't want to use a method that can also help our planet? The researchers still have to create more experimental structures like this, though, and are in fact involved in the 3D printing of five houses that are actually going to be occupied.

In this article: 3dprinting, bridge, design, EindhovenUniversity, gear, gemert, netherlands
All products recommended by Engadget are selected by our editorial team, independent of our parent company. Some of our stories include affiliate links. If you buy something through one of these links, we may earn an affiliate commission.