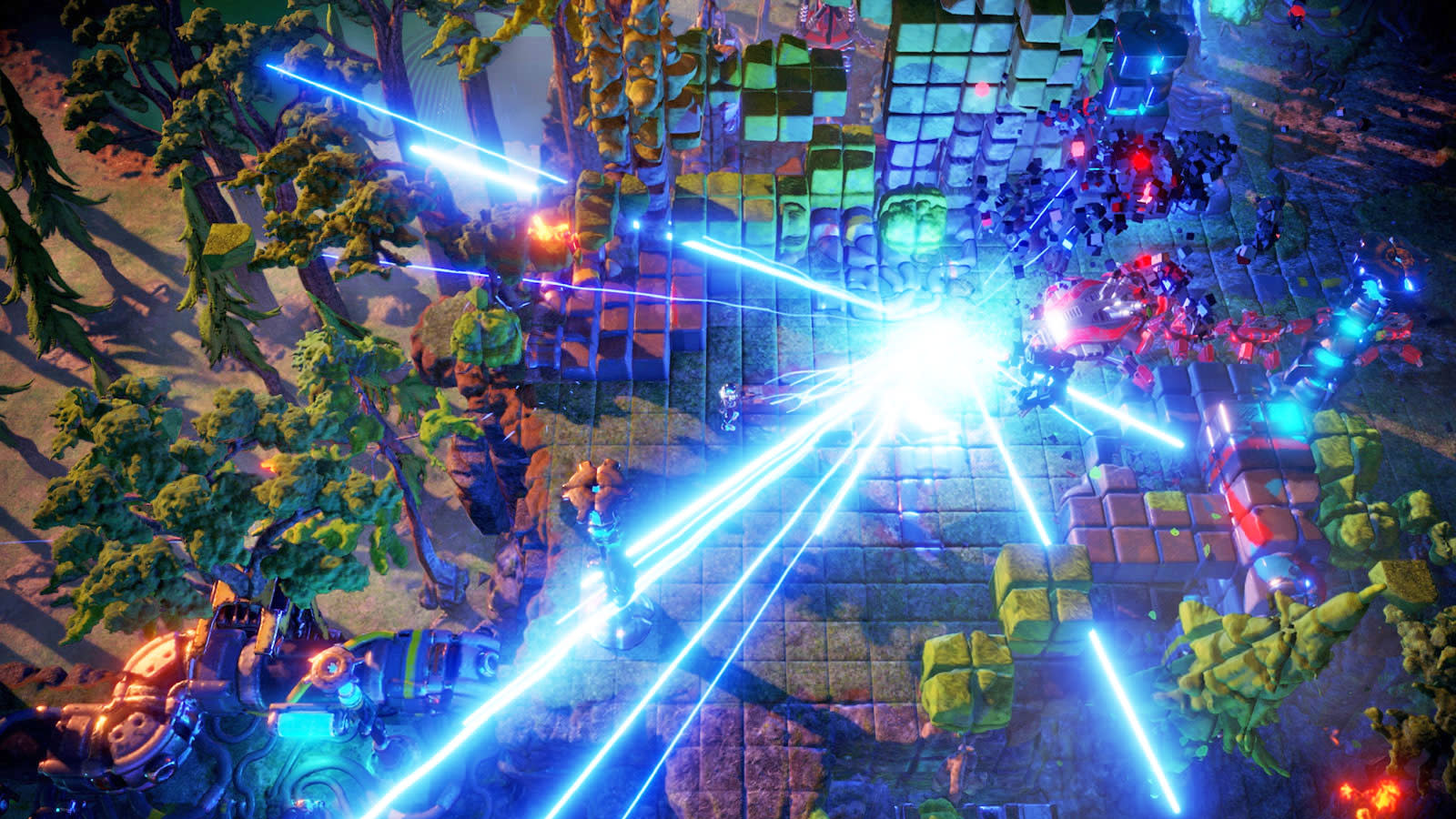 Resogun creator Housemarque has earned a reputation as a specialist in digital-only game releases (its last hard copy release was 2012's Angry Birds Trilogy), but it's about to buck that trend. The studio has announced that its well-received, Smash TV-style PS4 arcade shooter Nex Machina will be available in a disc-based version through Limited Run Games on November 10th. There's a $30 standard edition if you just want something tangible, but the centerpiece is a $65 Collector's Edition that includes the soundtrack on CD, a poster and four art prints in a special edition box. Arguably, that's the version to get -- if you want more than a download, you might as well get something truly memorable.

There's also a third edition with alternate cover art that will be exclusive to Sony's PlayStation Experience event in December.

Whichever version catches your eye, you'll need to move quickly. While the disc release isn't region-locked, there will only be a relatively small number of copies to go around (as suggested by the choice of Limited Run). This isn't so much a return to physical distribution as a nod to fans who want better memorabilia than a PSN purchase receipt.

In this article: av, games, gaming, housemarque, limitedrungames, nexmachina, ps4, shooter, video, videogames
All products recommended by Engadget are selected by our editorial team, independent of our parent company. Some of our stories include affiliate links. If you buy something through one of these links, we may earn an affiliate commission.