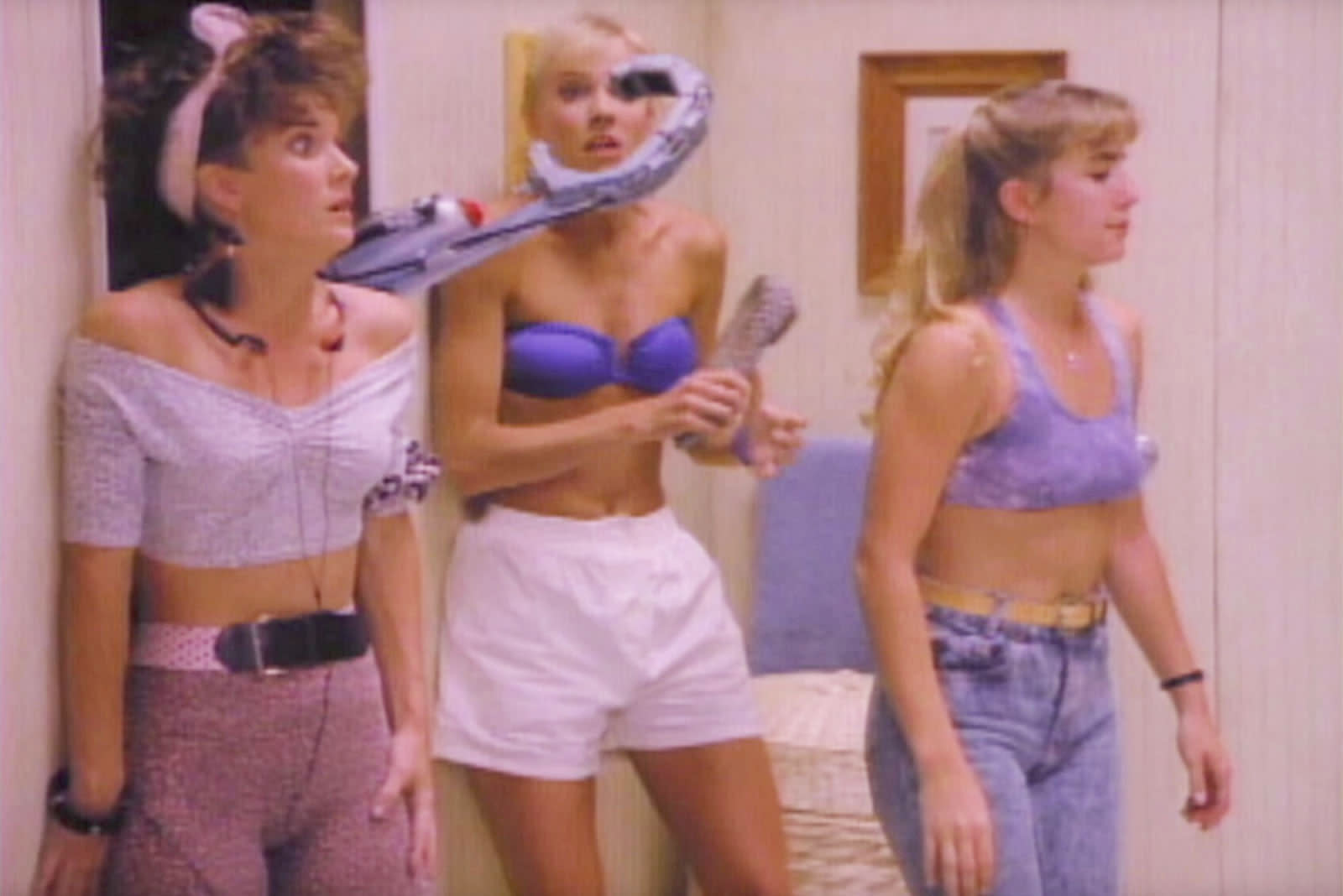 Do you miss the days when full-motion video was the biggest deal in games? When just seeing a known actor in a cutscene was enough to work everyone into a frenzy? You're in luck. A couple of months later than promised, Screaming Villains and Limited Run Games have announced that Night Trap: 25th Anniversary Edition will arrive on August 11th. You'll have to buy a physical PS4 copy to play on day one, but digital releases will be available on PS4 and PC (via Steam) on August 15th. And don't worry, Xbox One owners -- you're getting a version too, although there's no release date just yet.

The remastered Night Trap isn't as dramatic an upgrade as some other remakes, since the developers are dealing with source video that was clearly recorded in the late 1980s. Rather, the biggest changes come with everything around the periphery of Dana Plato and company. The interface is much sharper (if still in that lo-fi Sega CD vein), and you'll get a bounty of extras including a behind-the-scenes documentary, deleted scenes and a theater mode that lets you watch without having to save anyone.

And of course, it's important to stress that the title wasn't the pinnacle of gameplay even when it was new. More than anything, this is a nostalgia trip for those who remember how Night Trap both epitomized early CD games and triggered a controversy over its not-all-that-scandalous content. Think of this as a museum restoration that preserves a moment in time. You may not come back to it as often as you would other remakes, but it could easily be worth a look for the nostalgia trip.

In this article: av, gaming, genesis, limitedrungames, nighttrap, nighttrap25thanniversary, personal computing, personalcomputing, remaster, remastered, segacd, video, xboxone
All products recommended by Engadget are selected by our editorial team, independent of our parent company. Some of our stories include affiliate links. If you buy something through one of these links, we may earn an affiliate commission.