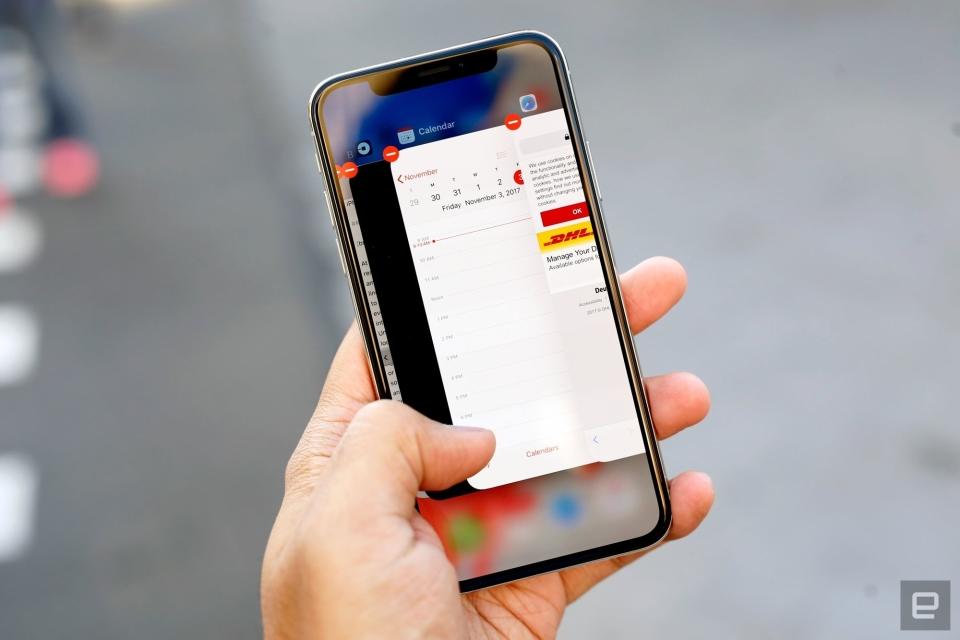 Apple's bezel-less "X" is the first iPhone with an OLED screen -- a technology known for its greater contrast and saturation, but also for its tendency to get burn-in. To make sure customers understand that their $1,000 phone might suffer from image persistence in the future, the tech titan has updated the iPhone X's display support page to explain how an OLED screen works.

The company explains that the "slight shifts in color and hue" when viewing the screen off-angle (read: not straight on) are perfectly normal. It also says OLEDs exhibit slight visual changes with long-term use, such as showing remnants of a high-contrast image displayed on the screen for extended periods of time even when it's already showing another image.

Those two are also the most common issues Pixel 2 XL owners have with their Android Oreo devices. By pre-empting potential complaints, Apple is most likely trying to avoid facing a similar debacle. In Google's case, though, some customers' complaints might be warranted, since they reportedly got burn-in as soon as a week after their purchase.

Despite the warning, Apple assures customers that their pricey new phones aren't going to have less-than-perfect displays anytime soon. The company says it "engineered the Super Retina display to be the best in the industry in reducing the effects of OLED "burn-in." And, as AppleInsider notes, iPhone X uses OLED made by Samsung. The Korean conglomerate also manufactures OLED screens for Pixel 2, which doesn't suffer from the same issues as its bigger sibling.

In this article: apple, gear, iphonex, mobile, oled, support
All products recommended by Engadget are selected by our editorial team, independent of our parent company. Some of our stories include affiliate links. If you buy something through one of these links, we may earn an affiliate commission.