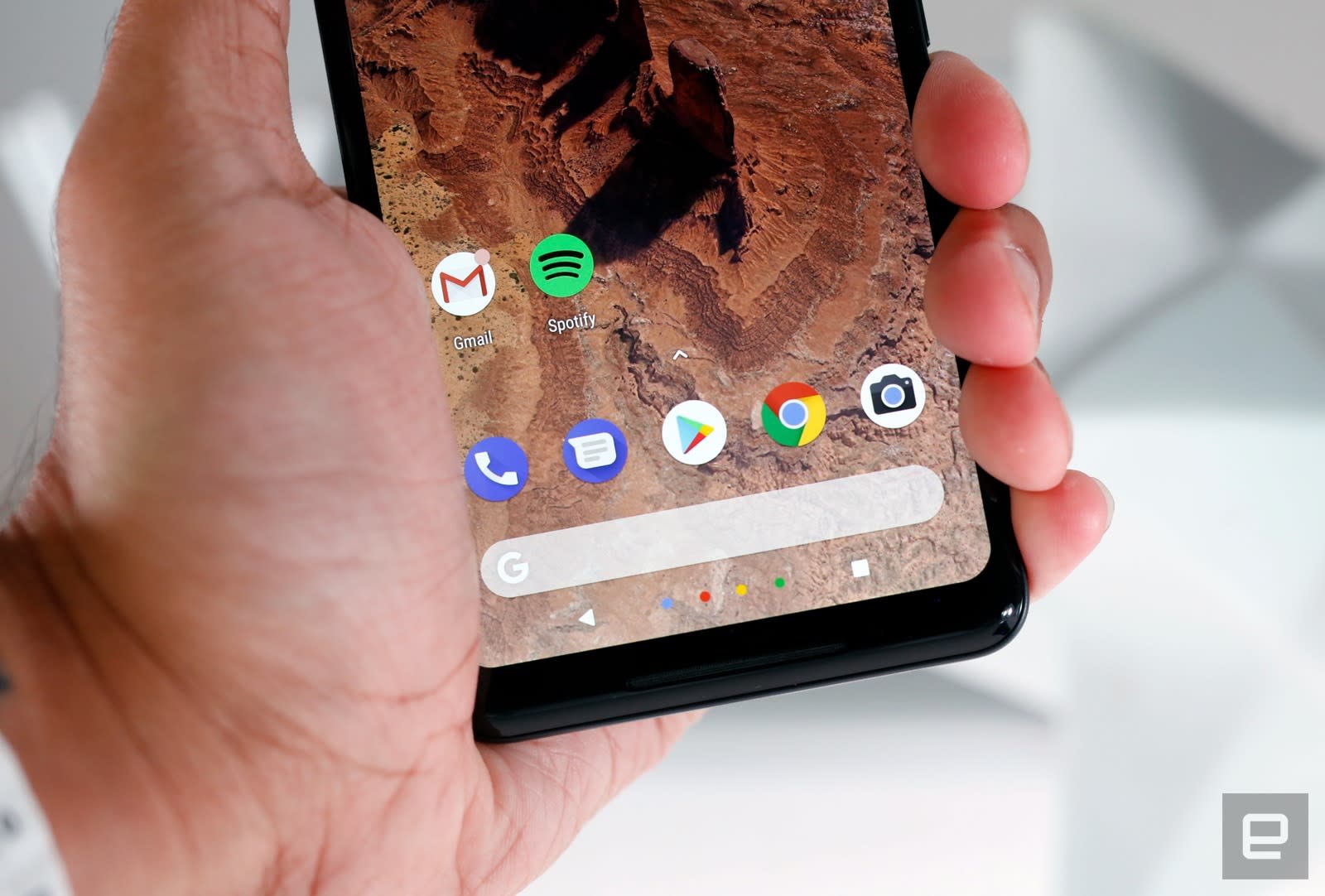 It's well-known that OLED displays can suffer from screen burn-in if objects regularly remain on screen for long periods -- that's why Samsung uses tricks like shifting the home button on newer phones. It's not supposed to crop up mere days after you've brought a device home, however, and that's what has Google and owners concerned about the Pixel 2 XL. Google told Android Central that it's investigating reports (including from AC's own Alex Dobie) of the 2 XL's P-OLED screen apparently suffering burn-in after roughly a week. It's not offering a verdict on the issue at this stage, but it stresses that it puts products through "extensive quality testing."

While the evidence seems strong at first blush, it's not certain that this is burn-in. There's a chance this is image retention (something more commonly associated with LCDs), which could go away on its own if you introduce some variety to what's happening on screen. It's also uncertain just how many people are affected. There are certainly other reports of burn-in, but there's a difference between anecdotal stories on forums and widespread issues.

Whatever the case, this definitely isn't what Google wanted to deal with. There are already other complaints about the Pixel 2 XL's display, whether it's colors that aren't as vibrant as on some phones (albeit more accurate) or a blue tint when you view the screen from a sufficiently wide angle. The Pixel 2 XL is supposed to be one of Android Oreo's two showcase devices, but it may end up leaving a sour taste in people's mouths if it's more commonly associated with display flaws.

That's some pretty wild OLED burn-in on the Pixel 2 XL after maybe 7 days of full-time use pic.twitter.com/EPJTs6D0Kg

In this article: display, gear, google, lg, mobile, oled, pixel2xl, poled, screen, smartphone
All products recommended by Engadget are selected by our editorial team, independent of our parent company. Some of our stories include affiliate links. If you buy something through one of these links, we may earn an affiliate commission.