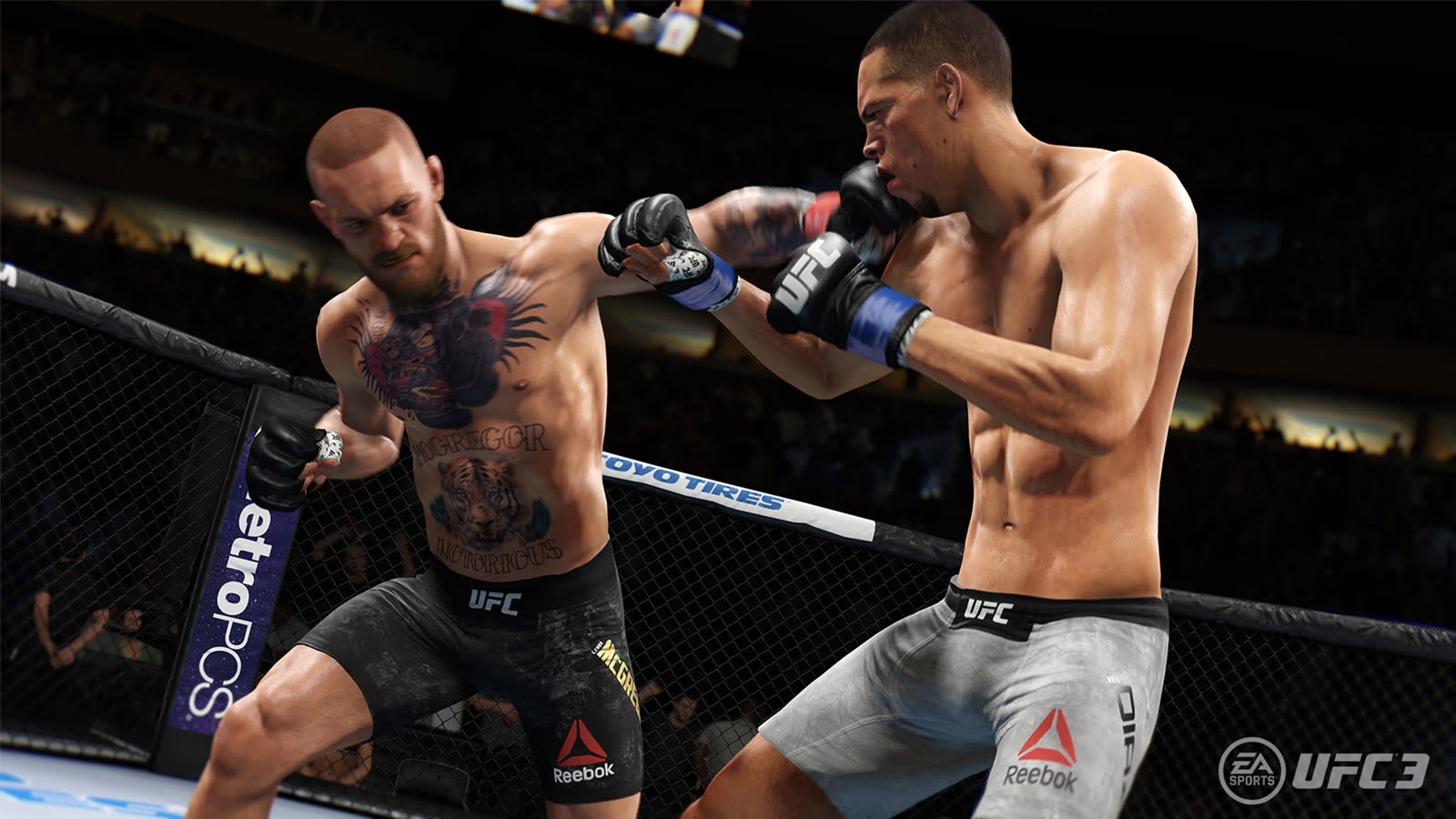 EA has a penchant for sports games whose stories go beyond the actual match, and that now includes the UFC series. The publisher has unveiled UFC 3, and its centerpiece is a GOAT Career Mode where your choices outside the Octagon determine the fights you'll have inside. You have to make "promotional choices" to grow your fan base, generate hype and score big contracts. There's even a social networking element. You can be the quintessential smack-talker (ahem) or the calm-and-collected fighter who only proves themselves in the ring.

Yes, EA is making improvements to the actual fighting as well. There's a new Real Player Motion system that promises both fluid and responsive animation. You should see more graceful transitions between moves and more natural-looking reactions. A FIFA-style Ultimate Team option lets you fill the shoes of a well-known fighter and customize them to your tastes.

Also, EA is very much aware that UFC is tailor-made for fast bouts with friends. It's adding a handful of multiplayer modes designed for fast gameplay, such as Stand & Bang (a "quick social experience"), Submission Showdown and a custom quick mode that lets you bend the game's rules on stamina or damage. If you want higher-stakes matches, there's a bracket-based Tournament Mode that preserves your character's health (or lack thereof) between fights.

UFC 3 is launching on February 2nd for both PS4 and Xbox One (sorry, no Switch version). It's not as dramatic a change to the gameplay formula as with FIFA or Madden, but it's evident that EA wants added depth across as many sports titles as possible -- whatever keeps you invested in your athlete and coming back for more.

In this article: av, conormcgregor, ea, easports, games, gaming, ps4, ufc, ufc3, video, videogames, xboxone
All products recommended by Engadget are selected by our editorial team, independent of our parent company. Some of our stories include affiliate links. If you buy something through one of these links, we may earn an affiliate commission.