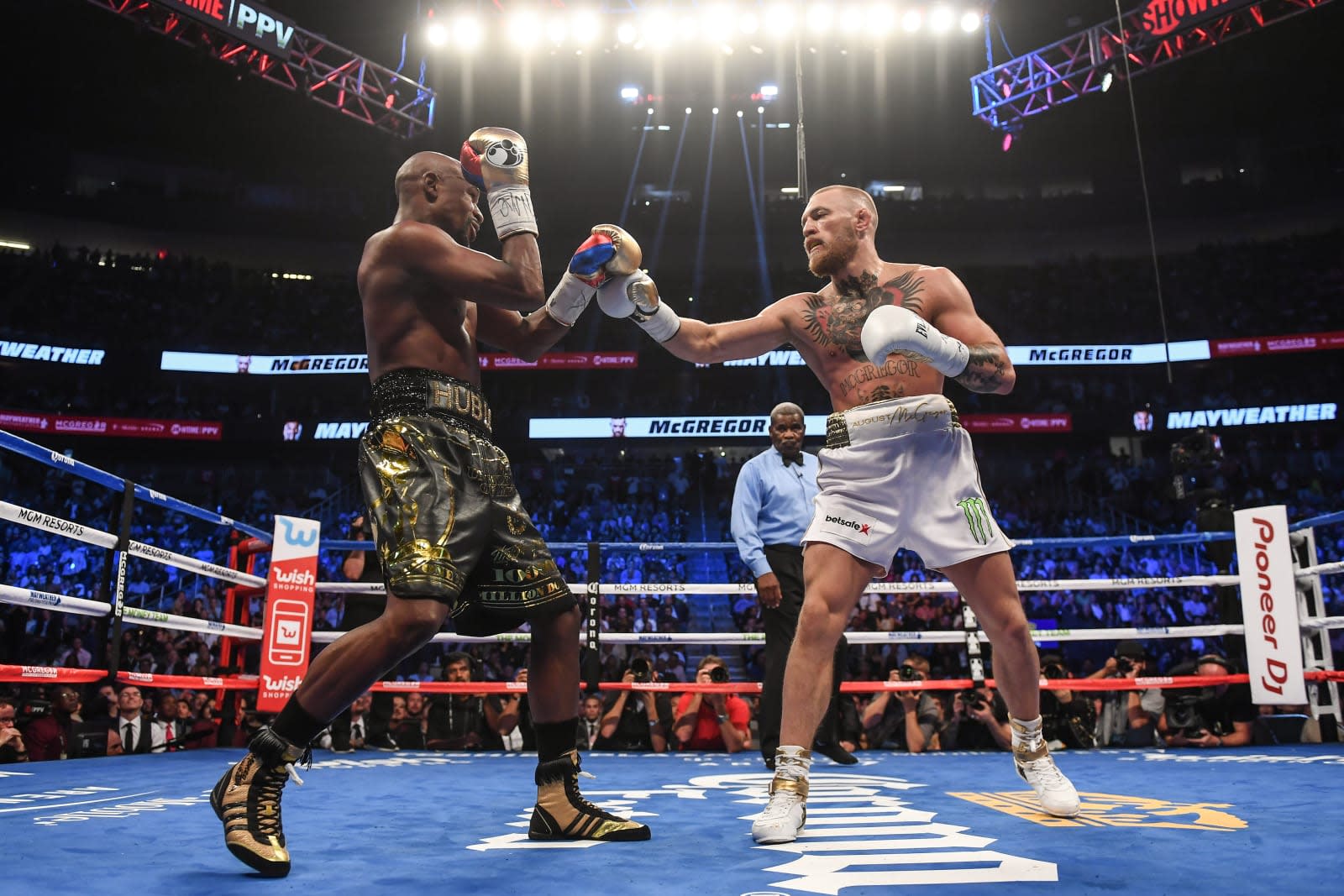 Did you pay for an expensive pay-per-view or streaming pass to watch the hyped-up boxing match between Floyd Mayweather and Conor McGregor, only to boil with rage as your access went down? You're far from alone. Numerous reports have revealed that servers across the US crashed or buckled under demand for the fight, creating outages serious enough that organizers delayed the fight to make sure people could tune in. Mayweather himself said that pay-per-view servers in California and Florida crashed, while Showtime and UFC failed to load, ran into login trouble and otherwise couldn't keep up with interest.

The pay-per-view issues at a minimum are known to have affected TV providers like Comcast, Atlantic Broadband and Frontier, although it's not clear how large the scope of the failures was at this stage.

Problems like this aren't completely unprecedented -- Mayweather's fight against Manny Pacquiao created hiccups of its own. However, the sheer range of failures suggests that networks still haven't created infrastructures that can keep up with huge viewership spikes. At the same time, it also says something about how much sports viewing has changed in just a few years. You're now quite likely to hear people griping en masse about access to legal online streams where they might have resorted to bootleg streams or (gasp) conventional TV just a few years ago. And with networks like ESPN rushing to stream boxing to everyone, not just cable diehards, the importance of online access is only going to increase in the near future.

In this article: AtlanticBroadband, av, boxing, cable, comcast, conormcgregor, entertainment, floydmayweather, frontier, internet, payperview, services, showtime, sports, streaming, television, tv, ufc, xfinity
All products recommended by Engadget are selected by our editorial team, independent of our parent company. Some of our stories include affiliate links. If you buy something through one of these links, we may earn an affiliate commission.