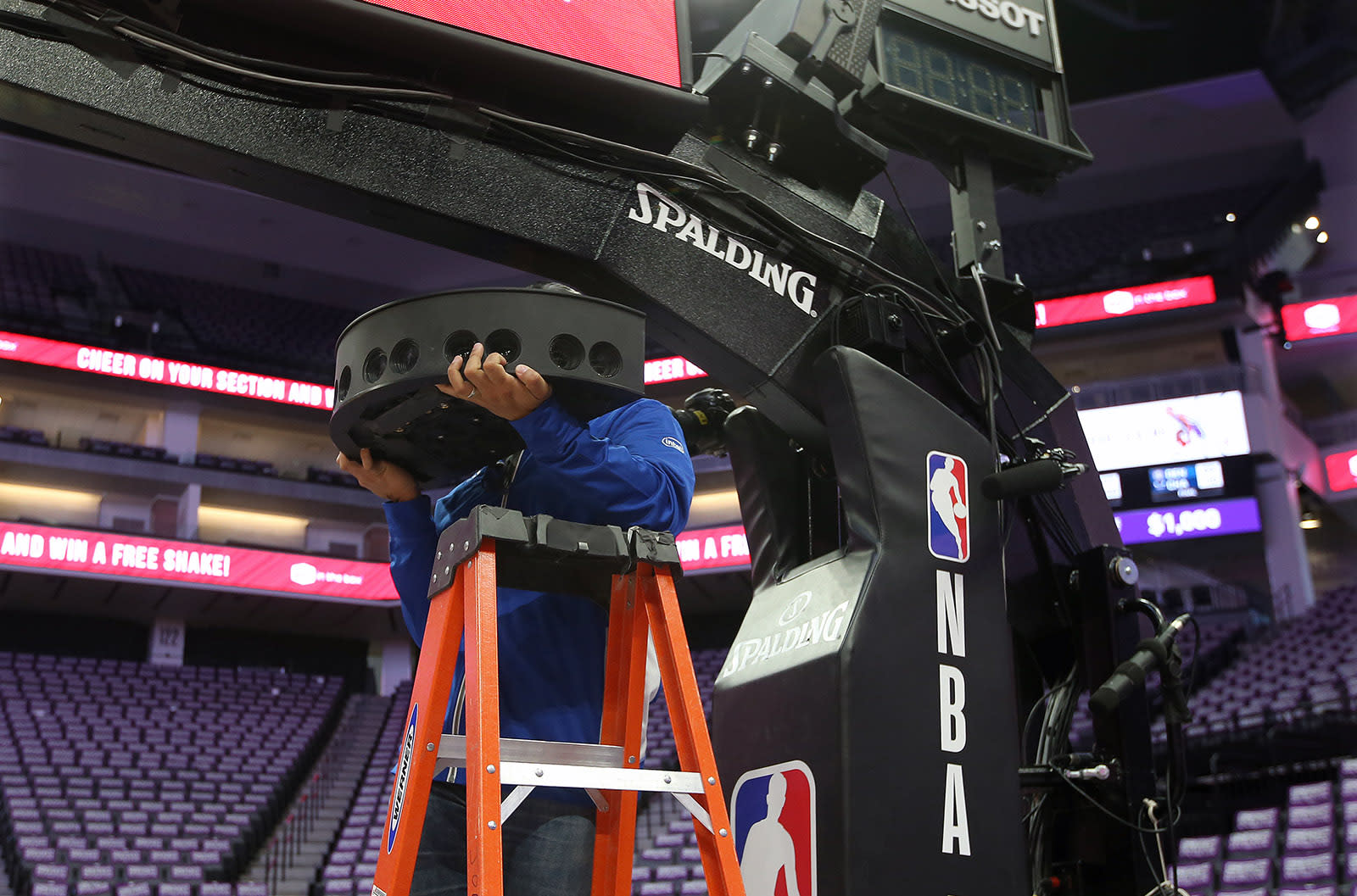 Intel has announced that it's partnering with Turner Sports to broadcast select NBA on TNT matchups using its True VR technology. Fans will be able to watch 360-degree, 3D broadcasts on both Samsung GearVR and Google Daydream headsets via apps downloaded from the Oculus and Google Play stores. You'll also be able to see more of its Matrix-like "volumetric" freeD video tech that can freeze highlights and spin around them in 360 degrees.

The True VR system uses custom stereoscope camera pods (shown above) and Intel's own freeD technology. For Intel's current NFL and MLB streams, you can select the camera angle you want at any given moment, or defer to the broadcast camera, which automatically picks the best angle for you. It's not clear yet exactly how TNT and Intel will implement the NBA streams, though, nor whether they'll broadcast entire games or just select portions.

If you were thinking that NextVR handles NBA virtual reality, you're right, but it appears that Intel will handle marquee TNT games. NextVR is still a major NBA VR supplier, having recently announced that it will stream 27 games in VR during the 2017-18 season and all League Pass games in 2D from its NextVR Screening Room.

Unlike Intel's relatively compact stereoscopic cameras, NextVR uses a custom rig made from $150,000 worth of high-end RED cinema cameras, producing quality that's generally been lauded by critics. It's hard to say how Intel's NBA broadcasts will compare, since no games or highlights are up on its True VR app for GearVR yet. However, Intel's NFL streams are inferior to NextVR's NFL productions, from what I was able to see using both apps on a GearVR with a Samsung Galaxy S8.

Still, Intel will offer users a slightly different take on it by letting you control the camera angles and check out its wacky freeD tech. Intel and Turner will broadcast virtual reality NBA games in the second half of the season, starting with the All-Star game on February 18, 2018.

In this article: av, entertainment, GoogleDaydream, intel, NBA, NBAonTNT, SamsungGearVR, TNT, TurnerSports, VirtualReality
All products recommended by Engadget are selected by our editorial team, independent of our parent company. Some of our stories include affiliate links. If you buy something through one of these links, we may earn an affiliate commission.