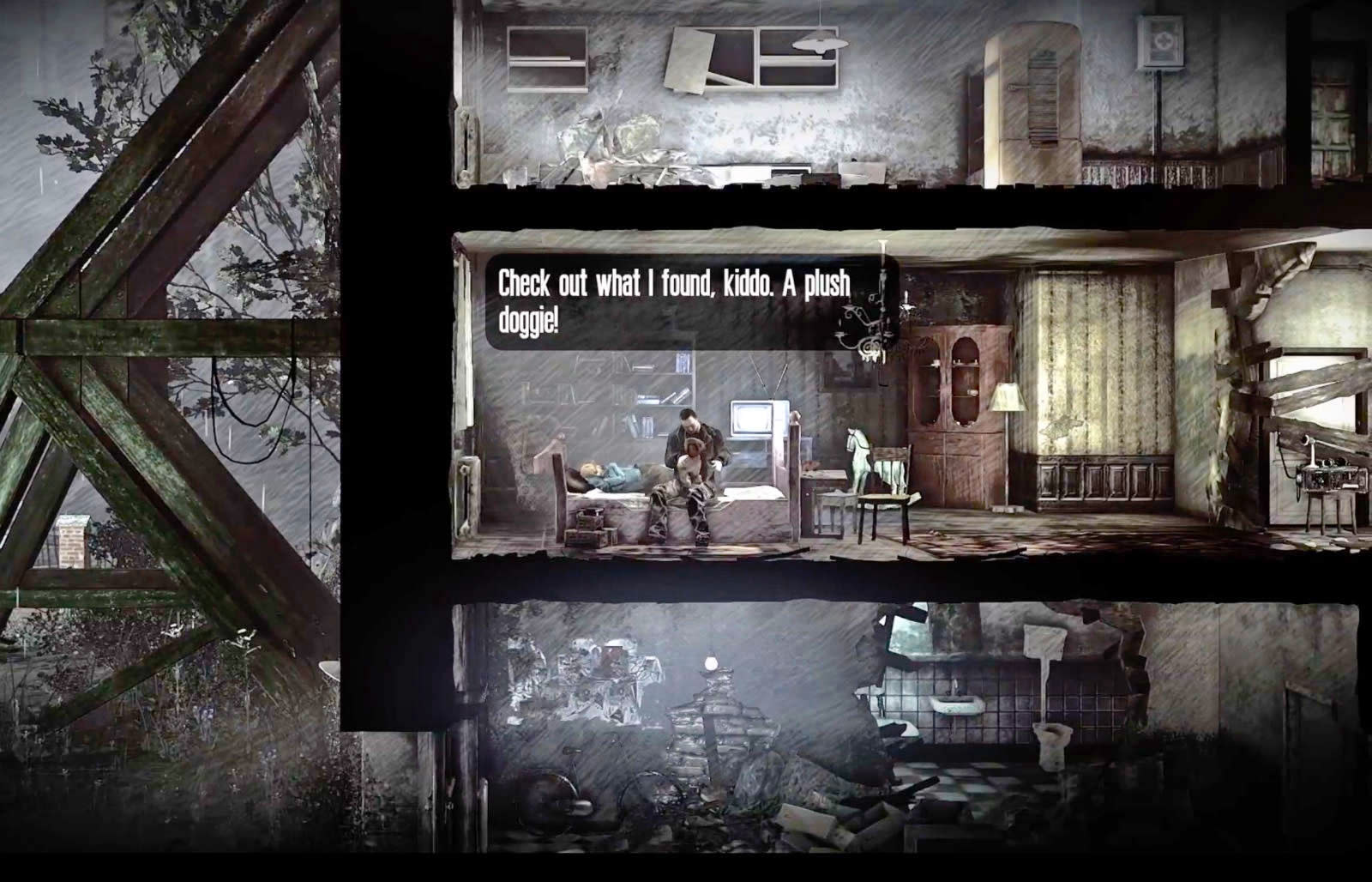 Games about war, though insanely popular, do little to illustrate the hardships faced by soldiers and civilians. With its stark design and focus on survival, This War of Mine (TWOM) set out to change that. The indie game from the devs behind the Anomaly series struck a chord, becoming an instant hit and going on to reap awards. Three years later, it seems the title still has some life left in it, with 11 Bit Studios releasing the first chapter in a TWOM DLC series.

Dubbed Father's Promise, the debut episode puts you in control of Adam, a father trying to protect his daughter from the horrors of war, while attempting to escape a besieged city. The scenario may sound familiar to console gamers that played TWOM: The Little Ones for PS4 and Xbox One, which put you in charge of a group of adults and children.

A story of "love, hate, and sacrifice" is how its creators describe the DLC, so be prepared for another round of emotive gameplay. Whereas TWOM takes its cues from the Bosnian War, this time 11 bit studios are adding narrative flourishes from the work of Polish author Łukasz Orbitowski.

In this article: 11BitStudios, av, dlc, gaming, PcGaming, steam, ThisWarOfMine
All products recommended by Engadget are selected by our editorial team, independent of our parent company. Some of our stories include affiliate links. If you buy something through one of these links, we may earn an affiliate commission.