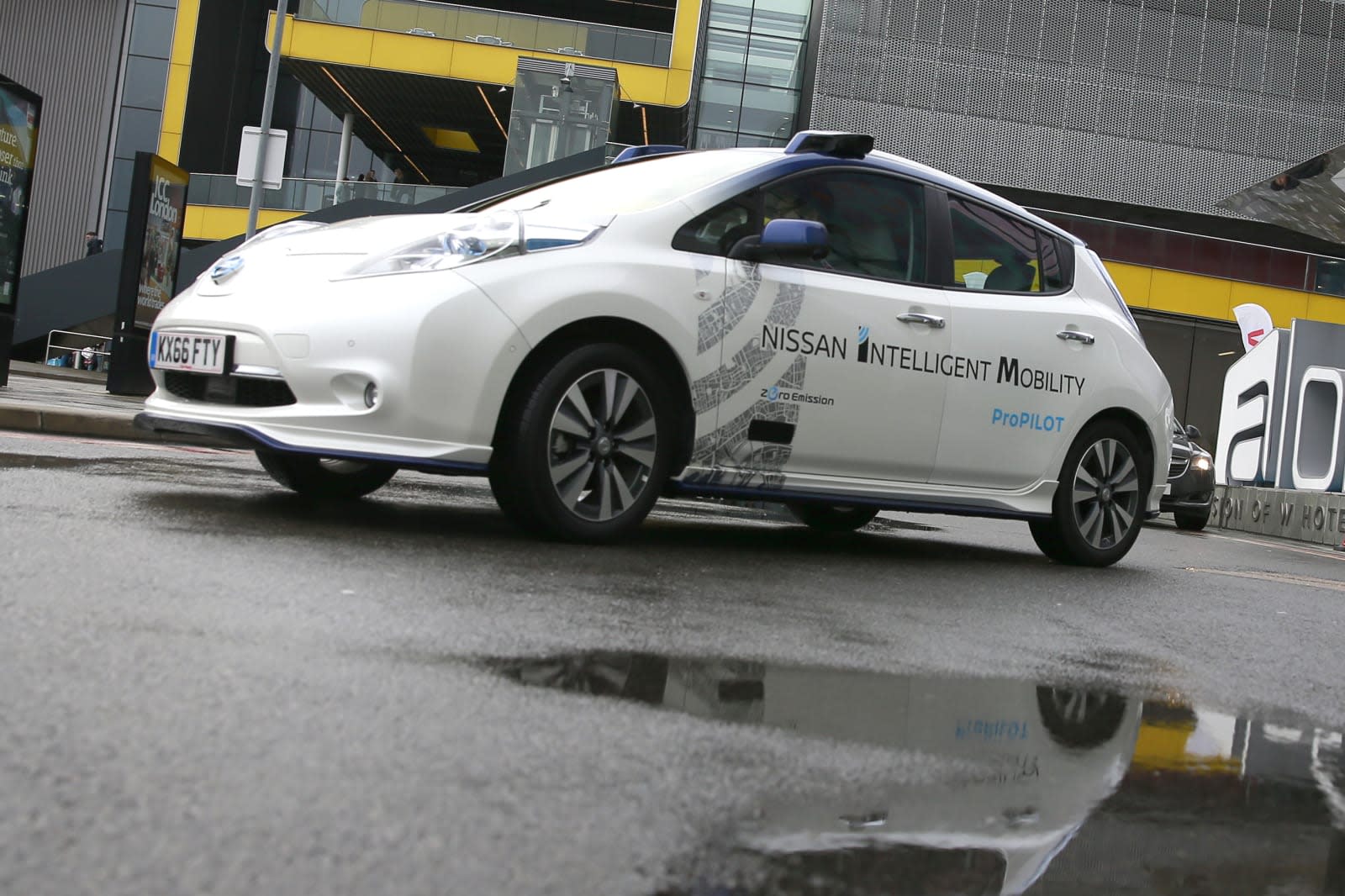 The UK doesn't want to sit by the wayside while the US, Japan and other countries streamline the adoption of self-driving cars. The country's finance ministry has revealed that its upcoming budget (due on November 22nd) will include measures intended to spurt the adoption of self-driving and electric cars. There will be rule changes that let automakers test vehicles on public roads without an operator on standby, and a £400 million (about $529 million) fund to help companies establish charging station networks. Officials will also offer £100 million ($132 million) in incentives to lower the cost of buying an EV.

The budget contributions may be necessary given the UK's ambitious goals. Finance minister Philip Hammond wants self-driving cars to roam British streets in 3 years -- that's not a lot of lead time when companies like Nissan only recently started conducting public tests. And while EV funding isn't new (that was present in the Spring Budget, for instance), but the additional money could help create the infrastructure needed to keep autonomous vehicles running. There's no guarantee that any of these measures will put the UK ahead of the curve on driverless tech, but it should at least keep the nation from falling behind.

In this article: autonomous, budget, electriccar, electricvehicle, gear, government, regulation, self-driving, self-drivingcar, transportation, uk
All products recommended by Engadget are selected by our editorial team, independent of our parent company. Some of our stories include affiliate links. If you buy something through one of these links, we may earn an affiliate commission.